You are here: Home › zoology › Paul Bartsch Interest in Molluscs 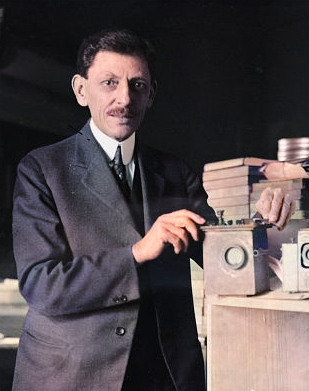 On August 14, 1871, American malacologist and carcinologist Paul Bartsch was born, Bartsch was an authority on molluscs, but had broad interests in natural history including plants and birds. He was named the last of those belonging to the “Descriptive Age of Malacology.

Paul Bartsch was born in Tuntschendorf, Silesia, and emigrated with his parents to the U.S.A in 1880, first to Missouri and then to Burlington, Iowa. As a child, he took up jobs in his spare time in several employments. During his school years, Paul Bartsch founded a natural history club at his home. It is believed that he further collected birds and prepared skins which he displayed in a self made museum at home. Bartsch attended the University of Iowa where he obtained a Bachelor of Sciences degree in 1896, a Master of Science degree in 1899 and a doctorate in 1905.

The Smithsonian Institution’s Division of Mollusks

Paul Bartsch was invited by William H. Dall to become his assistant at the Smithsonian Institution‘s Division of Mollusks. A few years later, he started teaching zoology at the Columbia University where he was given the professor title. In 1945, he retired as professor emeritus. Already in 1901, Bartsch started teaching histology at the  Medical School of Howard University where he also became the director of the histology laboratory. Later on, Paul Bartsch became Director of the Physiology Laboratory and Lecturer in Medical Zoology.

Bartsch first began researching molluscs when he became Dall’s assistant. He first started cataloging the exhibit of the Smithsonian Institution together with Charles Simpson. In 1901, he published his first malacological paper, entitled “A New Californian Bittium“. One year later, he was able to publish his first work as a sole author: “A New Rissoina from California“. During the next five years, Bartsch was able to publish twelve scientific papers on land and freshwater shells.

From 1907 to 1908 Bartsch took part in the expedition to the Philippines as a scientist of the Smithsonian Institution on board the Albatross collecting specimens of marine and non-marine snails. It is believed that more than 87.000 specimens were cataloged. In 1909, he published together with Dall a monography on the West American Pyramidellidae and in the next years Bartsch published further papers on the matter. He later led the research work commissioned by the Smithsonian Institution and Carnegie Institution of Washington on the incubation of snail eggs in the Florida Keys.

In 1912 Bartsch began a series of investigations that lasted until 1933 and which contributed to research into the Gulf of California, the Bahamas, western Mexico, Florida, Cuba, Haiti, Santo Domingo, Puerto Rico, all West Indian Islands between Puerto Rico and Trinidad, and the Gulf of St. Lawrence.

During the next years, Bartsch took part in further expeditions, including an expedition to the Bahamas and Cuban waters. In 1916, he was asked to study shipworms by the U.S. Navy and Bartsch was able to suggest several novel procedures against these clams in his paper “Report on the Marine Boring Mollusks in Guantanamo Bay, Cuba“. Bartsch continued traveling to the Florida Keys, the Bahamas, Cuba, as well as the West Indies and he collected more than a half million mollusks, marine invertebrates, fish, birds and reptiles.

Bartsch led the Johnson-Smithsonian Deep Sea Expedition to Puerto Rico in 1933 and the Smithsonian Roebling Research Expedition in 1937. He was the first scientist after John James Audubon to deal with bird ringing. Paul Bartsch proposed 3278 taxa, 2,979 of which are of new species and subspecies, and 299 are supraspecific names. Of these 1257 were published together with another author. These taxa, except three, were all mollusks. After his age-related retreat into private life, Bartsch devoted himself to his collection of native plants on his estate near Pohick, Virginia. Paul Bartsch died on April 24, 1960, at age 88.

Gonzalo Giribet, The Biology and Evolution of Mollusks, [6]