You are here: Home › medical science › E. Morton Jellinek and the Causes of Alcoholism 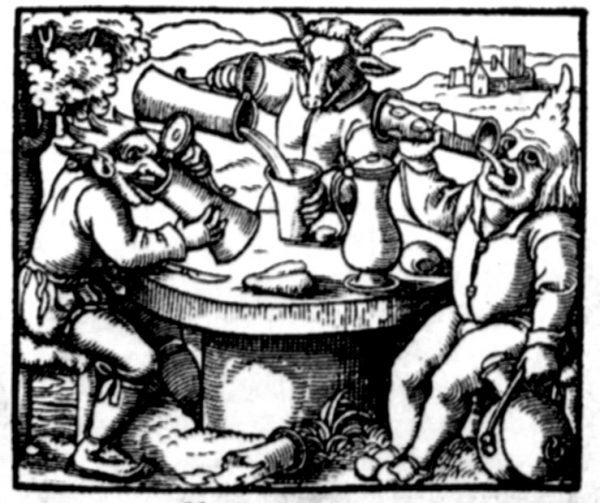 On August 15, 1890, American biostatistician and physiologist E. Morton Jellinek was born. Jellinek was a pioneer in the scientific study of the nature and causes of alcoholism and in descriptions of its symptomatology. He was an early proponent of the disease theory of alcoholism, arguing with great persuasiveness that alcoholics should be treated as sick people.

During the 1920s, he conducted research in Sierra Leone and at Tela, Honduras. In the 1930s he returned to the U.S.A. and worked at the Worcester State Hospital, Worcester, Massachusetts, from whence he was commissioned to conduct a study for the Research Council on Problems of Alcohol. The eventual outcome of his study was the 1942 book, Alcohol Addiction and Chronic Alcoholism.

In 1849, the Swedish Physician Magnus Huss was the first to systematically classify the damage that was attributable to alcohol ingestion. Huss coined the term alcoholism and used it to label what he considered to be a chronic, relapsing disease. Jellinek coined the expression “the disease concept of alcoholism“, and significantly accelerated the movement towards the medicalization of drunkenness and alcohol habituation. Jellinek’s initial study was based on a narrow, selective study of a hand-picked group of members of Alcoholics Anonymous who had returned a self-reporting questionnaire.

The Five Types of Alcoholism

In his 1960 book “The Disease Concept of Alcoholism” he identified five different types of alcoholism, and defined them in terms of their abnormal physiological processes:

The “Jellinek curve” is derived from this classification of Morton Jellinek, and it was named out of respect for Jellinek’s work.

From 1941 to 1952, Jellinek was Associate Professor of Applied Physiology at Yale University. In 1952 he was engaged by the World Health Organization in Geneva as a consultant on alcoholism, and made significant contributions to the work of the alcoholism sub-committee of the W.H.O.’s Expert Committee on Mental Health. In post-war 1946, pharmaceutical chemicals were in short supply. A headache remedy manufacturer asked Jellinek, then at Yale, to test whether the absence of that particular chemical would affect the drug’s efficacy in any way. Morton Jellinek set up a complex trial – with 199 subjects, divided randomly into four test groups – involving various permutations of the three drug constituents, with a placebo as a scientific control. Each group took a test remedy for two weeks. The trial lasted eight weeks, by the end of which each group had taken each test drugs, albeit in a different sequence. Over the entire population of 199 subjects, 120 of the subjects responded to the placebo, and 79 did not. The trial demonstrated that the chemical in question significantly contributed to the remedy’s efficacy.

Upon his retirement from the W.H.O. in the late 1950s, he returned to the USA. In 1958 he joined the Psychiatry Schools of both the University of Toronto and the University of Alberta, and in 1962, he moved to Stanford University in California, where he remained until his death in 1963.

Marc Lewis, The Neuroscience of Addiction [6]