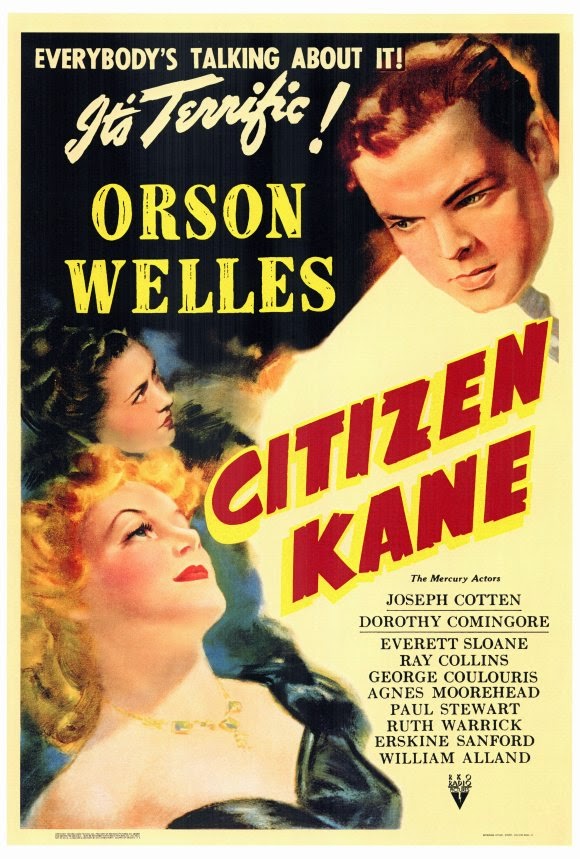 On May 1st, 1941, American actor, director, writer, and producer Orson Welles famous movie ‘Citizen Kane‘ premiered at RKO’s flagship theatre, Radio City Music Hall. The film was directed, co-written, produced by, and starring Orson Welles. It was nominated for Academy Awards in nine categories and won an Academy Award for Best Writing (Original Screenplay) by Herman Mankiewicz and Welles. Citizen Kane often is considered by critics, filmmakers and fans to be the greatest film ever made.

A Rather Unusual Contract

Welles’s notoriety following The War of the Worlds broadcast earned him Hollywood’s interest, and RKO offered him a rather unusual contract in 1939. The studio’s offer was to produce, direct, write, and act in two feature films, where the studio only had to approve the story and the budget if it exceeded $500,000. Welles, only 25 years of age, was allowed to develop the story without interference, cast his own actors and crew members, and have the privilege of final cut – unheard of at the time for a first-time director.

The Template for Charles Foster Kane

There is dispute amongst historians regarding whose idea it was to use William Randolph Hearst as the basis for Charles Foster Kane. Welles claimed it was his idea while others claim that it was the idea of screenwriter Herman J. Mankiewicz. Mankiewicz had frequented Hearst’s parties until his alcoholism got him barred. Hearst had great influence and the power to retaliate within Hollywood, so Welles had Mankiewicz work on the script outside of the city.

Welles‘ and Mankiewicz’s work at the studio with their new script evolved smoothly and scene after scene were shot on the set with a unique spontaneity. Many things have been said about the techniques, the groundbreaking methods and the special effects they used. They didn’t break every ground in techniques, many things they used had actually been achieved before, but they certainly refined it together and managed some amazing effects. The work of photographer Gregg Toland’s was especially instrumental for the film, unquestionable so, also Welles’s visual journey through the years of Charles Foster Kane, the aging masks used in his face, was something brand new in make-up art. They even hacked out floors to sink cameras deep down under floor level to get an extremely low angle, the way they showed ceilings, the way they worked with lights and shadows.

Setting the Standards in Cinematography

In the end, Welles and his crew were in the process of seeking new inventive forms of how to make movies and they set completely new standards to cinematography. Among the most impressive techniques applied by Welles are the use of a subjective camera as well as unconventional lighting, including chiaroscuro, backlighting and high-contrast lighting, prefiguring the darkness and low-key lighting of future film noirs. Moreover there was the inventive use of shadows and strange camera angles, following in the tradition of German Expressionists in the style of F.W. Murnau. But what is most striking are the deep-focus shots with incredible depth-of field and focus from extreme foreground to extreme background. 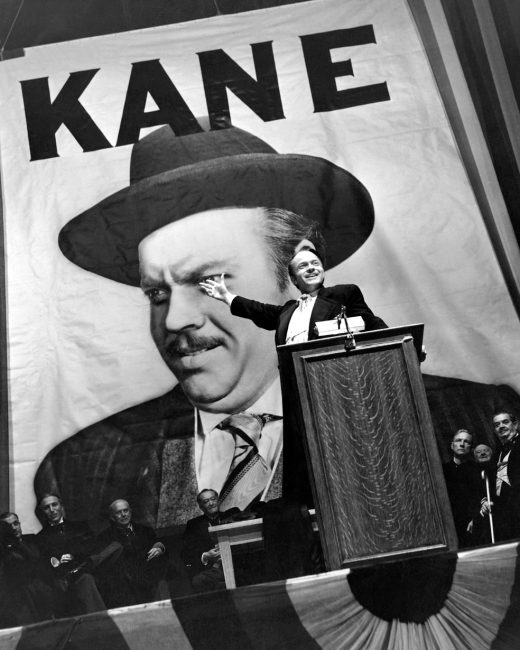 But, let’s have a look at the plot. Newspaper tycoon William Randolph Hearst, who lived at San Simeon in California, clearly influenced Charles Foster Kane’s character. This becomes obvious when we’re going through the film and follow Kane around as a journalist, as as a politician, as owner of the pleasure ground Xanadu. Citizen Kane tells the story of Charles Foster Kane whose arrogance had alienated him from everyone who loved him, and who had died alone inside the vast gothic pile of his lonely castle in Florida. The complex and pessimistic theme of a spiritually-failed man is told from several, unreliable perspectives and points-of-view by several different characters – the associates and friends of the deceased – providing a sometimes contradictory, non-sequential, and enigmatic portrait. Its the thought-provoking, tragic epic story of a ‘rags-to-riches’ child who inherited a fortune, taken away from his poor family and being raised by a banker, becoming a fabulously wealthy, arrogant, and energetic newspaperman. After two failed marriages and a transformation into a morose, grotesque, and tyrannical monster, his final days were spent alone and unhappy before his death in a reclusive refuge. Throughout the film the discovery and revelation of the mystery of the life of Charles Foster Kane is determined through a reporter’s search for the meaning of his single, cryptic dying word: “Rosebud“.

Citizen Kane never did get a proper national release. It could not play in major theaters in many cities, because they were block-booked by the big studios, which boycotted the film. Of course it could not be advertised in the influential Hearst papers. And although the film was instantly hailed by many critics, it won only one Academy Award – which Welles shared with Herman J. Mankiewicz, for the screenplay, although it as originally nominated for nine awards. In a 1941 review, Jorge Luis Borges [5] called Citizen Kane a metaphysical detective story, in that subject (both psychological and allegorical) is the investigation of a man’s inner self, through the works he has wrought, the words he has spoken, the many lives he has ruined. The film, budgeted at $800,000, received unanimous critical praise, although it was not a commercial success until it was re-released after World War II, found well-deserved recognition in Europe. In the United States, it was neglected and forgotten until its revival on television in the mid-1950s. RKO was one of the first studios to sell its library to television. At the same time, Welles returned to the New York stage, where he played King Lear, by which the movie gained new popularity. In 1958 finally, a poll of over 100 film historians named Citizen Kane one of the top ten greatest films ever made. Currently, Citizen Kane has a 100% rating at Rotten Tomatoes.

“Maybe he told us all about himself on his deathbed…Yeah, maybe he didn’t…All we saw on that screen was a big American…One of the biggest…But how is he any different from Ford? Or Hearst for that matter? Or John Doe…I’ll tell ya, it comes from a man’s dying words…What were they?…You don’t read the papers…When Charles Foster Kane died, he said just one word -…Rosebud, just that one word, but who is she…What was it?…Here’s a man that could have been president, who was as loved and hated and as talked about as any man in our time. But when he comes to die, he’s got something on his mind called ‘Rosebud.’ Now what does that mean?…A racehorse he bet on once…Yeah, that didn’t come in…All right, but what was the race?”
— Citizen Kane, Rawlston

This is Orson Welles Lecture, [7]