You are here: Home › chemistry › Nicolas Leblanc and the Leblanc Process

On December 6, 1742, French chemist and surgeon Nicolas Leblanc was born, who discovered how to manufacture soda from common salt. The eponymous Leblanc process became one of the most important industrial processes of the 19th century.

Nicolas Leblanc was born in Ivoy le Pré, Cher department, in the Central-Val du Loire in France. Due to his early death of his father, a minor official at an iron works, Nicolas Leblanc was sent to the city of Bourges to Dr. Bien, who was a close friend to the family and inspired the young boy to increase his interest in medicine. In 1859, after the death of his mentor, he enrolled at the École de Chirurgie in Paris in order to study medicine and graduated with a master’s degree in surgery. He opened a private medical practice right after and founded a family. Unfortunately, he was not able to provide for his family and became a private physician to the household of the Louis Philip II, Duke of Orléans. [1] The Duke of Orleans had similar scientific interests, chemistry. In the Duke’s private laboratory Leblanc was able to work freely.

At first he was concerned with the aluminum salt alum. He found that alum produced different crystal forms depending on the basicity of the solution in which it crystallized (polymorphism). In 1786-1787 Leblanc prepared a paper on the crystallization of alum and cobalt sulfate and presented this work to the Academy of Sciences in Paris, Académie des sciences. The tenor of the work was that salts of similar composition have the same crystal form.

How to make Alkali from Sea Salt

Around 1775, the French Academy of Sciences offered a prize for a process whereby soda ash could be produced from salt and they intended to promote the production of sodium carbonate from inexpensive sodium chloride. Sodium carbonate, or also called soda ash and potassium carbonate (potash) were very important for the glass, textile, soap, and paper industries. However, alkali obtained from wood ashes mostly had to be imported from North America, Scandinavia, and Russia. Soda ash was mostly imported from Spain as well as the Canary Islands. In order to change this, the King of France and the French Academy of Sciences offered a prize of 2400 livres for a method to produce alkali from sea salt. Before 1791, France purchased soda ash from Spain, but due to the warlike entanglements after the French Revolution, the supply situation for soda ash became worse.

The Academy of Sciences in France now set a rather high price for the artificial production of soda. Preparatory work for the production of soda had already been done by many other chemists, such as Henri Louis Duhamel du Monceau (who demonstrated the basic possibility of producing soda from common salt over Glauber’s salt), Andreas Sigismund Marggraf, Johann Heinrich Hagen, Karl Wilhelm Scheele, Joseph François Malherbe, Jean-Claude Delamétherie. Marggraf was already able to produce soda by heating sodium nitrate and coal together. In 1777 Malherbe had developed a process for producing sodium sulfide by heating sodium sulfate, coal and iron. De la Métherie converted the sodium sulfide into soda by heating with acetic acid. A small factory near Paris operated according to this process.

In 1789 Leblanc made a breakthrough in this field based on this process. Leblanc used the ideas of Malherbe, Malherbe and De la Méthiere, but did not use acetic acid, but abundant limestone. During the reaction with sodium sulfide, the insoluble calcium sulfide and the easily water-soluble sodium carbonate were formed. Leblanc applied for a patent on this development and the Duke of Orleans financed the factory production of soda. From 100 pounds of sodium sulfate with crystal water (Glauber’s salt), 100 pounds of limestone, 50 pounds of coal, 150 pounds of soda were obtained. After the first attempts in 1789 he deposited the description of his process with a notary in Paris in 1790. On January 27, 1791, he signed a contract in London for the manufacture, and on September 19, he was granted a patent for it. 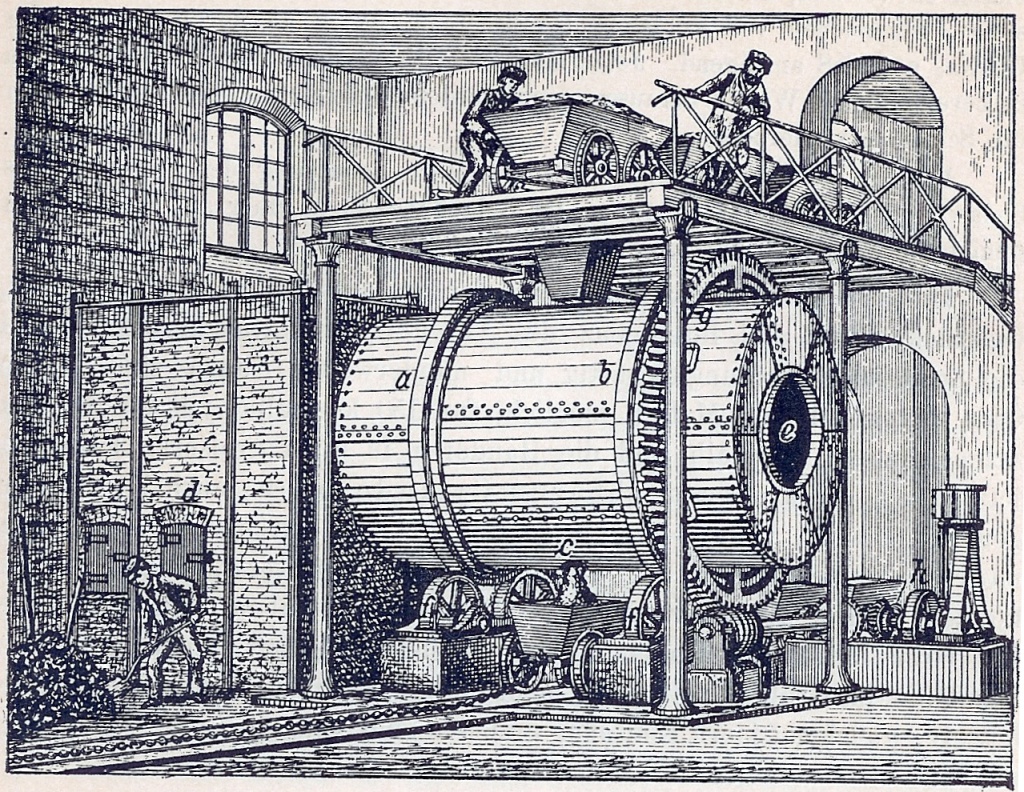 In the very same year, Leblanc built the first Leblanc plant for the Duke at Saint-Denis, producing 320 tons of soda per year. In November 1793, the Duke of Orleans was beheaded, his property confiscated and the soda factory, which was jointly operated with Leblanc, closed. In 1794, the Welfare Committee cancelled Leblanc’s patent and, due to the difficult import conditions for soda, made the patent available to all French citizens without a license. Thus Leblanc, now 52 years old, was materially ruined. In an unpaid honorary position he was given jobs in the administration and as an administrator of a powder factory. In 1798 he became a member of the council of the elderly. His daughter fell ill and died the same year. In 1805, Leblanc was granted compensation by the court, but the sum was never paid out. His wife became ill and the family was destitute. In January 1806, Leblanc ended his life with a pistol shot in the poorhouse of St. Denis. Today, Leblanc’s process, however, is now obsolete and is superseded by the extremely profitable and convenient Solvay process.