You are here: Home › anthropology › The Native American studies of Horatio Hale 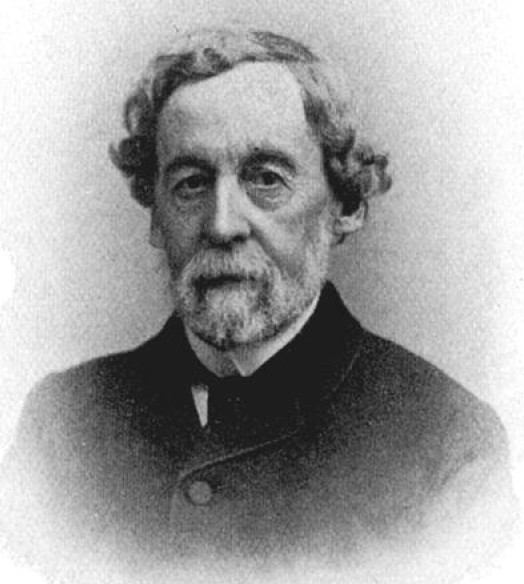 On May 3, 1817, American-Canadian ethnologist, philologist and businessman Horatio Hale was born. Hale studied language as a key for classifying ancient peoples and being able to trace their migrations. He was the first to discover that the Tutelo language of Virginia belonged to the Siouan family, and to identify the Cherokee language as a member of the Iroquoian family of languages.

Horatio Hale was born as the son of the lawyer David Hale and his wife Sarah Josepha Buell. There were numerous lawyers in his family. His mother worked as a journalist and editor, she was also a committed advocate of women’s rights. After the father died in 1822, the family, now consisting of the mother and her five children, lived on the mother’s income. At 16 he went to Harvard College to study oriental languages and literature.

Already in the first year of his studies, he conducted a field study of a hitherto unknown Algonquin dialect of the Indians living near the university and created a dictionary of the dialect that was part of the Micmac language. In 1834 he printed 50 copies of the dictionary under the title Remarks on the language of the St. John’s or Wlastukweek Indians, with a Penobscot vocabulary and distributed them among his friends. This publication caused a certain degree of familiarity in professional circles. In 1837 he completed his university education. A few years later, Charles Wilkes organized the United States Exploring Expedition for which Hale was recommended, while yet an undergraduate student. On the expedition, Hale was appointed ethnologist and philologist. Horatio Hale visited South America, Australasia, Polynesia, and North-western America before returning overland. Further, the expedition continued to Polynesia. Hale prepared the sixth volume, ‘Ethnography and Philology‘ as a result of the expedition.

After earning his master’s degree, Hale first toured Europe and after his return he studied law and in 1854 he married the Canadian Margaret Pugh in Jersey City. He was admitted to the Illinois Bar in 1855 and initially settled in Chicago. Already in 1856 the couple moved to Clinton, Ontario. There he dealt as a lawyer with, among other things, the administration of his father-in-law’s real estate. With the elevation of Clinton to an independent community in 1858, the town began to grow considerably. Hale was instrumental in the development of building land, which was reflected, among other things, in the naming of streets with the names of literary figures. He was chairman of the local school committee and supported the establishment of a high school for girls as well. In 1875 he succeeded in getting Clinton connected to the London, Huron and Bruce Railway.

It was not until 1867 that he began to become scientifically active again. He studied the language, culture and history of the Iroquois people living in a reserve near Amherstburg from about 1867 to 1877 in cooperation with the Mohawk chief George Henry Martin Johnson. Among other things, he examined the Wampum belts used to record the oral tradition of the Iroquois peoples. Further, the Canadian reserves on the banks of the Thames and Grand River provided Hale a great opportunity for further investigation into American-Indian questions. His work ‘The Iroquois Book of Rites‘ was published in 1883. In order to study Native Americans, Hale was mentored by the Iroquois chiefs George Henry Martin Johnson and John Fraser. He further consulted with native informants and documented the oral history and rituals of the Iroquois Confederacy. Horatio Hale also managed to determine that Mohawk was the oldest and that the Laurentian languages were also Iroquoian. During his studies, Hale was especially able to increase his reputation through his theory of the origin of the diversities of human languages and dialects. Hale further emphasized the importance of languages as tests of mental capacity, demonstrating that Native American languages were complex and had a high capacity for classification.

Hale made many valuable contributions to the science of ethnology, attracting attention particularly by his theory of the origin of the diversities of human languages and dialects – a theory suggested by his study of child-languages, or the languages invented by little children. He also emphasized the importance of languages as tests of mental capacity, demonstrating that Native American languages were complex and had a high capacity for classification. In 1872 he was elected a member of the American Philosophical Society.