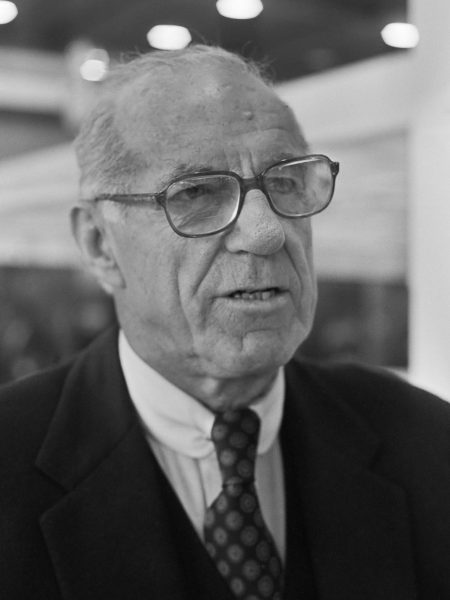 On May 2, 1903, American pediatrician Benjamin McLane Spock was born. Spock‘s book Baby and Child Care, published in 1946, is one of the best-sellers of all time. The book‘s premise to mothers is that “you know more than you think you do.” It influenced generations of parents worldwide.

“Don’t be afraid to trust your own common sense..[]..What good mothers and fathers instinctively feel like doing for their babies is usually best.” Benjamin McLane Spock

Benjamin Spock was born in New Haven, Connecticut, USA, to Benjamin Ives Spock, a Yale graduate and long-time general counsel of the New Haven Railroad, and his wife Mildred Louise. As did his father before him, Spock attended Phillips Andover Academy and Yale University. He studied literature and history at Yale, and as part of the Olympic rowing crew (Men’s Eights) he won a gold medal at the 1924 Olympic games in Paris. He attended the Yale School of Medicine for two years before shifting to Columbia University’s College of Physicians and Surgeons, from which he graduated first in his class in 1929.

In 1927, Spock married Jane Cheney and from 1933 to 1947 he practiced pediatrics in New York City while teaching the subject at the Cornell University Medical College. As a practicing pediatrician in the 1930s, Spock noticed that prevailing methods in pediatric care seemed cruel and ignored the emotional needs of the child. He wanted to explore the psychological reasons behind common problems seen during practices like breastfeeding and toilet training, in order to give less arbitrary advice to mothers who came to his practice. He thus became trained in psychoanalysis, emerging as the first pediatrician with a psychoanalytic background. Seeking useful ways to implement Freudian philosophy into child-rearing practices, Spock would try out his advice on patients and their mothers, continuously seeking their response.

In 1946 his famous book The Common Sense Book of Baby and Child Care was published, which has sold more than 50 million copies in 42 languages. Throughout its first 52 years, it has been the second-best-selling book, next to the Bible. Spock wrote Baby and Child Care partly to counteract the rigid pediatric doctrines of his day, which emphasized strict feeding schedules for infants and discouraged open displays of affection between parent and child. Spock, by contrast, encouraged understanding and flexibility on the part of parents, and he stressed the importance of listening to children and appreciating their individual differences.[1] Over time, his books helped to bring about major change

In 1962, Spock joined The Committee for a Sane Nuclear Policy, otherwise known as SANE. Spock was politically outspoken and active in the movement to end the Vietnam War. By the late 1960s however, Spock’s public opposition to the Vietnam War would prove to have a damaging effect on his career. It was reported that the 1968 revision of Baby and Child Care had sold half of what the previous edition sold. In 1968 a Boston court convicted him of conspiring to counsel evasion of the draft. He was sentenced to two years in prison and fined $5,000, but the conviction was reversed in 1969 by the United States Court of Appeals for the First Circuit on the ground of insufficient evidence.[2] 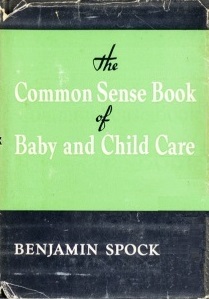 Spock advocated that infants should not be placed on their back when sleeping, commenting in his 1958 edition that “if [an infant] vomits, he’s more likely to choke on the vomitus.” This advice was extremely influential on health-care providers, with nearly unanimous support through to the 1990s. Later empirical studies, however, found that there is a significantly increased risk of sudden infant death syndrome (SIDS) associated with infants sleeping on their abdomens. In the 1940s, Spock initially favored circumcision of males performed within a few days of birth. However, in 1989, in an article for Redbook magazine, he stated that “circumcision of males is traumatic, painful, and of questionable value.”

Baby and Child Care served as the definitive child-rearing manual for millions of American parents in the “baby boom” that followed World War II.[1] Spock’s reassuring advice gave parents the confidence to use their best judgment to raise their children. Although Spock’s reputation has changed over time, Spock continued to be a leading authority on child care until his death. In 1990, Life magazine named Spock one of the 100 most important people of the twentieth century.