You are here: Home › mathematics › The Short but Influential Life of Niels Henrik Abel 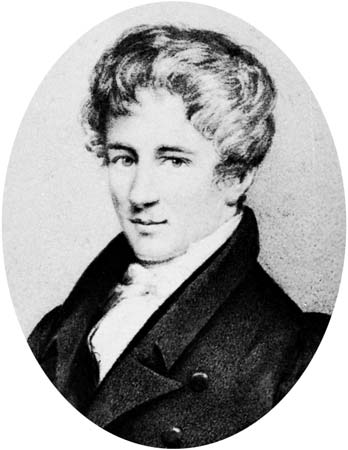 On April 6, 1829, Norwegian mathematician Niels Henrik Abel passed away. Abel is well known in mathematics for proving the impossibility of solving the quintic equation by radicals. In parallel to Évariste Galois – who also died very young – , he laid the foundations of group theory.[8]

“The mathematicians have been very much absorbed with finding the general solution of algebraic equations, and several of them have tried to prove the impossibility of it. However, if I am not mistaken, they have not as yet succeeded. I therefore dare hope that the mathematicians will receive this memoir with good will, for its purpose is to fill this gap in the theory of algebraic equations.”
Niels Henrik Abel, A Memoir on Algebraic Equations, Proving the Impossibility of a Solution of the General Equation of the Fifth Degree (1824)

A Talent for Mathematics

Nils Henrik Abel was born into a family of educated people. His father, for instance earned himself a degree in theology and philosophy and taught his children at home for some years. At the age of 13, Nils Abel entered a Cathedral School and especially his mathematics teacher depicted a great influence on the talented boy. Even though, his brother Hans got better grades in general, their math teacher Bernt Michael Holmboe early detected Niels’ abilities in mathematics. He provided Niels Abel with advanced lessons after school and assigned him more and more difficult problems during classes.

Unfortunately, many issues in the Abel family followed in the next years. His father passed away and his mother dedicated her life to alcoholism, wherefore his brother went into a depression, quitting school and Niels himself began struggling in almost every subject but mathematics. Still, Holmboe supported his protégé and helped Abel with a scholarship wherefore he was able to attend the Royal Frederick University of Oslo, the oldest and largest university in Norway. 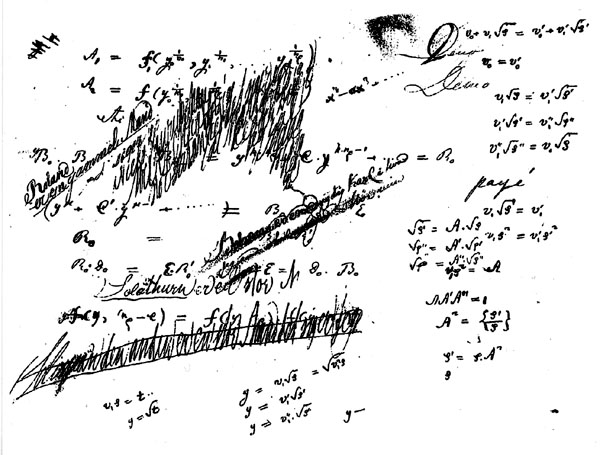 From the notebook of Niels Henrik Abel.

He is like the fox, who effaces his tracks in the sand with his tail

As it happened many times in history, at some point in teaching the student may become the master, and this was also the case with Abel. At the age of only 21, he was one of the most educated mathematicians in the country and since Holmboe had nothing left to teach him, Abel continued his research in libraries, studying the works of Newton, Euler, Lagrange, and Gauss.[9] About Gauss’ writing style, Abel once noted that ‘He is like the fox, who effaces his tracks in the sand with his tail.‘ However, in these years Abel also began working on what has made him so famous, the quintic equation in radicals. After working for a while on the problem that mathematicians have tried to solve for over 200 years, Abel instantly thought to have found its solution. His paper was checked and recalculated numerous times by experts and no one found any error. It was Abel himself, who discovered the mistakes in his method while trying to find specific examples.

After graduating, Abel began publishing several works, unfortunately only with modest success. Success in concerns of publications set in around 1824. Abel published his ‘Memoir on algebraic equations, in which the impossibility of solving the general equation of the fifth degree is proven‘. Even though his contribution to the scientific community through this paper was very important, it was difficult to read. The scientist limited the paper to six pages in order to save printing money. In the following years, Niels Henrik Abel traveled though Europe, meeting many scientists and completing several publications with them.

“If you disregard the very simplest cases, there is in all of mathematics not a single infinite series whose sum has been rigorously determined. In other words,the most important parts of mathematics stand without a foundation” (Niels Henrik Abel)

Abel, the mathematical genius made several significant contributions to his field of study. He proved the binomial theorem for all numbers, extending the works of Leonard Euler. Next to Évariste Galois, it was Abel, who developed the group theory in order to complete his works on quintic equation.  While in Paris, Abel contracted tuberculosis. At Christmas 1828, he traveled by sled to Froland to visit his fiancée. He became seriously ill on the journey; and, although a temporary improvement allowed the couple to enjoy the holiday together, he died relatively soon after on 6 April 1829, just two days before a letter arrived from August Crelle.[10] Crelle had been searching for a new job for Abel in Berlin and had actually managed to have him appointed as a Professor at the University of Berlin. Crelle wrote to Abel to tell him, but the good news came too late. A statue of Abel stands in Oslo, and crater Abel on the Moon was named after him. In 2002, the Abel Prize was established in his memory.