You are here: Home › physics › Murray Gell-Mann and the Quark Model 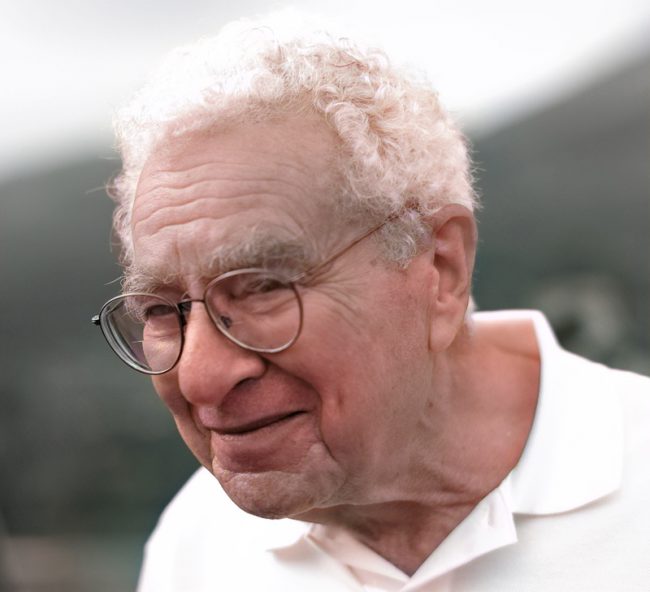 On September 15, 1929, American physicist and Nobel Laureate Murray Gell-Mann was born. He is best known for his work on the theory of elementary particles and introduced the quark model. The quark model is a classification scheme for hadrons, i.e. composite particle made of quarks held together by the strong force (in the same way as atoms and molecules are held together by the electromagnetic force).

Murray Gell-Mann was born in lower Manhattan, New York, USA, into a family of Jewish immigrants from Czernowitz (today Chernivtsi, Ukraine). His parents were Pauline (née Reichstein) and Arthur Isidore Gell-Mann, who taught English as a second language (ESL). The child prodigy Gell-Mann taught himself calculus at the age of seven and entered Yale only 8 years later. At the MIT, Gell-Mann earned the PhD in physics under the supervision of Victor Weisskopf in 1951 with a dissertation titled “Coupling strength and nuclear reactions“. Gell-Mann was a postdoctoral fellow at the Institute for Advanced Study in 1951, and a visiting research professor at the University of Illinois at Urbana–Champaign from 1952 to 1953. He was a visiting associate professor at Columbia University and an associate professor at the University of Chicago in 1954–1955 before moving to the California Institute of Technology, where he taught from 1955 until he retired in 1993.

The Classification of Hadrons

Early on, Gell-Mann made fundamental contributions to the theory and classification of strongly interacting particles (hadrons). In the early 1950’s, Gell-Mann’s work made a subject of the recently discovered cosmic ray particles called kaons and hyperons. While classifying them, Gell-Mann came to notice that a strangeness in the meaning of the quantum number could be conserved by strong and electromagnetic interactions instead of weak interactions. He later on developed a whole new classification scheme for hadrons along with Kazuhiko Nishijma, which is explained by the quark model now. Alluding to the Noble Eightfold Path of buddhism Gell-Mann referred to his new scheme as the Eightfold Way due to the octets of particles in the schemes.

Georg Zweig and Murray Gell-Mann postulated the existence of quarks independently from each other in 1964. Still, Gell-Mann coined the term. ‘Quarks‘ represent a reference to James Joyce‘s final work Finnegans Wake (Book 2),[7] a novel published in 1939 and written in a idiosyncratic language. However, quarks are considered as particles of which the hadrons od his scheme were composed. Soon after Gell-Mann’s success with quarks, antiquarks and gluons evolved as underlying elementary objects while studying the hadron’s structure. For his extraordinary achievements in physics, Murray Gell-Mann was awarded the Nobel Prize in 1969. Along with Harald Fritzsch, Gell-Mann introduced the quantum number color charge and coined the term quantum chromodynamics later on with Heinrich Leutwyler. He was able to improve the eightfold way scheme significantly in these years and published new ‘flavours’, meaning types of elementary particles.

At that time, only three quark flavors (up, down, strange) were known. Today, three more are known, but they have a much higher mass and therefore could not be discovered in the experiments of the 1960s. The associated symmetry group for three quark flavors is the SU(3) group and the generators of the SU(3), which are analogous to the Pauli matrices and are frequently used, are called Gell-Mann matrices. In 1972 he and Harald Fritzsch introduced the color of quarks,  and in a joint work with Heinrich Leutwyler full quantum chromodynamics was introduced.

In 1958, Gell-Mann along with Richard Feynman [6] discovered chiral structures of the weak interaction in physics independently to George Sudarshan and Robert Marshak. With Keith Brueckner he investigated the many-particle problem of electron gas and with Marvin Leonard Goldberger the general quantum mechanical scattering theory. With Walter Thirring and Goldberger he introduced dispersion relations. In a work with Maurice Lévy he investigated the “chiral model” (PCAC (partially conserved axial vector current), Goldberger-Treiman relation). These models express the chiral symmetry of the strong interaction and served from the 1960s on as phenomenological models for their description (relations between masses and coupling constants, etc.). Gell-Mann spent some time at CERN in the 1960s and returned in the late 1970s to lecture on the great unification of the various forces in nature.

In the late 1970s and 1980s he was involved in the development of Grand Unified Theories (GUT), among other things. Together with Pierre Ramond and Richard Slansky, among others, he investigated the possibilities of embedding the color group in GUTs and developed the “Seesaw” mechanism for mass generation. He also participated in the development of supergravity, Kaluza small and string theory. In the 1990’s, Murray Gell-Mann’s interests changed a bit, focusing now on the study of complexity and participating significantly in the founding of the famous Santa Fe Institute, a non-profit theoretical research institute to study complex systems and disseminate the notion of a separate interdisciplinary study of complexity theory.