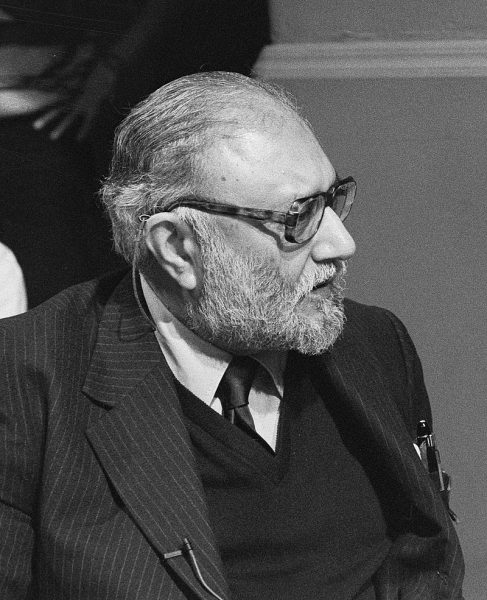 On January 29, 1926, Pakistani theoretical physicist Mohammad Abdus Salam was born. Abdus Salam shared the 1979 Nobel Prize in Physics with Sheldon Glashow and Steven Weinberg for his contribution to the electroweak unification theory.

“This in effect is, the faith of all physicists; the deeper we seek, the more is our wonder excited, the more is the dazzlement for our gaze.”
— Abdus Salam, Speech at the Nobel Banquet (10 December 1979).

Mohammad Abdus Salam was born in Jhang, a small town in what is now Pakistan, into a Muslim Punjabi family. His father Chaudhry Muhammad Hussain was an official in the Department of Education of Punjab State in a poor farming district. His family has a long tradition of piety and learning.

When he cycled home from Lahore, at the age of 14, after gaining the highest marks ever recorded for the Matriculation Examination at the University of the Punjab, the whole town turned out to welcome him. He won a scholarship to Government College, University of the Punjab. Salam’s mentor and tutors wanted him to become an English teacher, but Salam decided to stick with Mathematics and took his MA in 1946. In the same year he was awarded a scholarship to St. John’s College, Cambridge, where he took a BA (honours) with a double First in mathematics and physics in 1949. In 1950 he received the Smith’s Prize from Cambridge University for the most outstanding pre-doctoral contribution to physics. He also obtained a PhD in theoretical physics from the Cavendish Laboratory at Cambridge; his thesis “Developments in quantum theory of fields“, published in 1951, contained fundamental work in quantum electrodynamics which had already gained him an international reputation.

After receiving his doctorate in 1951, Salam returned to Lahore at the Government College University as a Professor of Mathematics where he remained till 1954. In 1952, he was appointed professor and Chair of the Department of Mathematics at the neighboring University of the Punjab. As a result of 1953 Lahore riots, Salam went back to Cambridge and joined St John’s College, and took a position as a professor of mathematics in 1954. In 1957, he was invited to take a chair at Imperial College, London, and he and Paul Matthews went on to set up the Theoretical Physics Department at Imperial College. In 1959, at age 33, Salam became the youngest member of the Royal Society.

Neutrinos and the Unification Theory

Early in his career, Salam made an important and significant contribution in quantum electrodynamics and quantum field theory, including its extension into particle and nuclear physics. He introduced chiral symmetry in the theory of neutrinos, which should played crucial role in subsequent development of the theory of electroweak interactions. Salam began considering a fundamental question of modern physics: whether the various forces that govern everything in nature might actually be manifestations of the same basic force. At the time, scientists knew of four fundamental forces: gravitational force, electromagnetic force, strong force, and weak force. They also believed that if these forces were unified, this unification would not be visible or apparent except at levels of energy vastly greater than the ones humans encounter in the everyday world.

However, by the 1960s Salam and fellow physicists Steven Weinberg and Sheldon Glashow each independently came up with a mathematical theory that unified two of the four basic forces.[3] The theory predicted the existence of new, previously unknown, weak “neutral currents”, which In 1973 could be observed in experiments at the European Centre for Nuclear Research (CERN) in Geneva, Switzerland. Moreover, the existence of further force-carrying particles were predicted, called W+, W-, and Z0 bosons. For their work, Salam, Weinberg, and Glashow were jointly awarded the 1979 Nobel Prize in Physics. [2] With Strathdee he developed in 1969 nonlinear representations of the Poincaré group and treated solution methods for field theories with nonpolynomial interaction. Also with John Strathdee in 1974 he was the first to introduce the concept of superspace into supersymmetry, as space not only with the usual commutating coordinates, but also with anti-commutating coordinates.

Mohammad Abdus Salam died from Parkinson’s disease on 21 November 1996 at the age of 70 in Oxford. He was buried – without any official appreciation – in Rabwah at the Bahishti Maqbara cemetery. As a devout member of the Ahmadiyya community, which is outlawed as non-Muslims within Pakistan, Salam has only once been honoured by the Pakistani government as the country’s first Nobel laureate: in 1979, when President Zia ul-Haq awarded him the highest civilian state order, the Nishan-i-Imtiaz. His scientific influence, on the other hand, was deliberately suppressed in his home country due to religiously motivated intolerance. His tombstone used to read “First Muslim Nobel Laureate”. Later, at the instigation of a local politician, the term “Muslim” was deleted, so that today “First Nobel Laureate” is written on his gravestone.