You are here: Home › physics › Steven Weinberg and the Great Unifying Theory 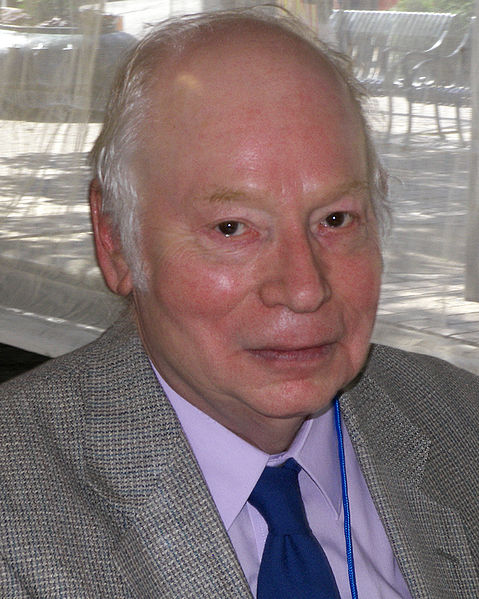 On May 3, 1933, American theoretical physicist and Nobel laureate Steven Weinberg was born. His research on elementary particles and cosmology has been honored with numerous prizes and awards including the Nobel Prize in Physics, which he received in 1979 together with his colleagues Abdus Salam and Sheldon Glashow for the unification of the weak force and electromagnetic interaction between elementary particle.

Steven Weinberg was born on May 3, 1933, in New York City to Jewish immigrants Frederick and Eva Weinberg. He graduated from Bronx High School of Science in 1950 in the same graduating class as Sheldon Glashow, whose own research, independent of Weinberg’s, would result in them (and Abdus Salam) sharing the same 1979 Nobel in Physics. In 1954 Weinberg received his bachelor’s degree from Cornell University and went to the Niels Bohr Institute in Copenhagen where he started his graduate studies and research. After one year, Weinberg returned to Princeton University where he earned his Ph.D. degree in Physics in 1957.

The Quantum Theory of Fields

From 1957 to 1959 Weinberg worked as a post-doctoral researcher at Columbia University and University of California, Berkeley, and in 1960 he was promoted to faculty at Berkeley, where he stayed until 1966. His main topic of research was particle physics, such as the high energy behavior of quantum field theory, symmetry breaking, pion scattering, infrared photons and quantum gravity. It was also during this time that he developed the approach to quantum field theory that is described in the first chapters of his book The Quantum Theory of Fields and started to write his textbook Gravitation and Cosmology. Both textbooks, perhaps especially the second, are among the most influential texts in the scientific community in their subjects.

“Religion is an insult to human dignity. With or without it you would have good people doing good things and evil people doing evil things. But for good people to do evil things, that takes religion.”
— Steven Weinberg, “A Designer Universe?” at PhysLink.com

In 1966, he accepted a lecturer position at Harvard and In 1967 he became a visiting professor at MIT. It was in that year at MIT that Weinberg proposed his model of unification of electromagnetism and of nuclear weak forces with the masses of the force-carriers of the weak part of the interaction being explained by spontaneous symmetry breaking. One of its fundamental aspects was the prediction of the existence of the Higgs boson, also often referred to as ‘God particle’.  The 1973 experimental discovery of weak neutral currents was one verification of the electroweak unification. The paper by Weinberg in which he presented this theory was one of the most cited theoretical works ever in high energy physics.

Steven Weinberg continued his work in many aspects of particle physics, quantum field theory, gravity, supersymmetry, superstrings and cosmology, as well as a theory dubbed “Technicolor” by Leonard Susskind. In the following years, the full Standard Model of elementary particle theory was developed through the work of many contributors. In 1973 Weinberg proposed a modification of the Standard Model which did not contain that model’s fundamental Higgs boson. Since the 1960s, when Weinberg was writing his textbook on gravity, he has been dealing with astrophysical questions. He was one of the pioneers of the borderland between elementary particle physics and cosmology. Weinberg became popular with his bestseller The first Three Minutes on the early development of the cosmos after the big bang. His review article on the problem of cosmological constants is also well known.

“The more the universe seems comprehensible, the more it also seems pointless.”
— Steven Weinberg, Dreams of a Final Theory: The Search for the Fundamental Laws of Nature (1993)

In 1979,  following the experimental discovery of the theory’s predicted amount of parity violation due to Z bosons’ mixing with electromagnetic interactions, Weinberg was awarded the Nobel Prize in Physics, together with Sheldon Glashow, and Abdus Salam who had independently proposed a theory of electroweak unification based on spontaneous symmetry breaking. In addition to his scientific work, he has also dealt with philosophical questions such as the reductionist method in the natural sciences or the conflict between scientific research and religion. Weinberg has also openly emerged as an atheist and sees a danger in religious thinking.

“The effort to understand the universe is one of the very few things which lifts human life a little above the level of farce and gives it some of the grace of tragedy.”
— Steven Weinberg, The First Three Minutes, (1993), Epilogue, p. 155

In 1982 Weinberg moved to the University of Texas at Austin as the Jack S. Josey-Welch Foundation Regents Chair in Science and founded the Theory Group of the Physics Department. In 2004 he received the Benjamin Franklin Medal of the American Philosophical Society, he is a member of the National Academy of Sciences (since 1972) and the Royal Society of Great Britain (since 1981)[11], as well as the American Philosophical Society (since 1982) and the American Academy of Arts and Sciences (since 1968). Weinberg has received honorary doctorates from a total of sixteen universities around the world.

Weinberg died on July 23, 2021, at age 88 at a hospital in Austin, where he had been undergoing treatment for several weeks.