You are here: Home › physics › Mileva Marić – The Theory of Relativity and Missed Opportunities 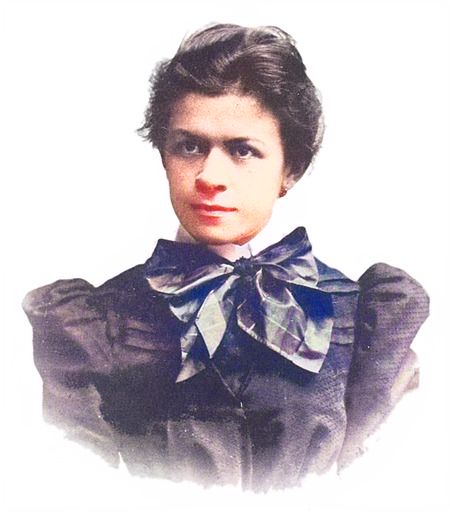 On December 19, 1875, Serbian physicist Mileva Marić, sometimes called Mileva Marić-Einstein, was born. Marić was the second woman to finish a full program of study of mathematics and physics at ETH Zurich, where she met her future husband Albert Einstein. When Einstein received the Nobel Prize in 1921 after their divorce, he transferred the prize money to Marić. The question whether (and if so, to what extent) Marić contributed to Einstein‘s early work, and to the Annus Mirabilis Papers in particular, has been the subject of some debate.

Mileva Marić was born into a wealthy family in Titel in the Austro-Hungarian Monarchy, today Serbia, to Miloš Marić, who ended his military career and took a job at the court in Ruma and later in Zagreb, and his wife Marija Ružić–Marić. She began her secondary education in 1886 at a high school for girls in Novi Sad, but changed the following year to a high school in Sremska Mitrovica. Beginning in 1890, Marić attended the Royal Serbian Grammar School in Šabac. In 1891 her father obtained special permission to enroll Marić as a private student at the all-male Royal Classical High School in Zagreb. She passed the entrance exam and entered the tenth grade in 1892. She won special permission to attend physics lectures in February 1894 and passed the final exams in September 1894. Her grades in mathematics and physics were the highest awarded. That year she fell seriously ill and decided to move to Switzerland, where on November 14, she started at the “Girls High School” in Zurich. In 1896, Marić passed her Matura-Exam, and started studying medicine at the University of Zurich for one semester.

In the autumn of 1896, Marić switched to the Zurich Polytechnic and enrolled for the diploma course to teach physics and mathematics in secondary schools at the same time as Albert Einstein. She was the only woman in her group of six students, and the fifth woman to enter that section, an impressive feat at a time when women were not usually admitted. She and Einstein became close friends quite soon. While he attended only a few lectures, preferring to study at home, Mileva was methodical and organized.[1] In October Marić went to Heidelberg to study at Heidelberg University for the winter semester 1897/98, attending physics and mathematics lectures as an auditor. She rejoined the Zurich Polytechnic in April 1898, where her studies included differential and integral calculus, descriptive and projective geometry, mechanics, theoretical physics, applied physics, experimental physics, and astronomy. In 1900, she failed the final teaching diploma examinations in the mathematics component (theory of functions).

Einstein and the Consequences

Marić’s academic career was disrupted in 1901 when she became pregnant by Einstein. When three months pregnant, she resat the diploma examination, but failed for the second time without improving her grade. She discontinued work on her diploma dissertation that she had hoped to develop into a PhD thesis under the supervision of the physics professor Heinrich Weber. She went to Novi Sad, where her daughter was born in 1902, probably in January. The girl was referred to in correspondence between the couple as Hansel before she was born and Lieserl after. Some sources say Lieserl was put up for adoption in Serbia, but others suggest she died in 1903. Meanwhile, Einstein’s family strongly opposed their relationship. Mileva was neither Jewish, nor German. She had a limp and was too intellectual in his mother’s opinion, not to mention prejudices against foreign people. Moreover, Albert’s father insisted his son found work before getting married.[1] 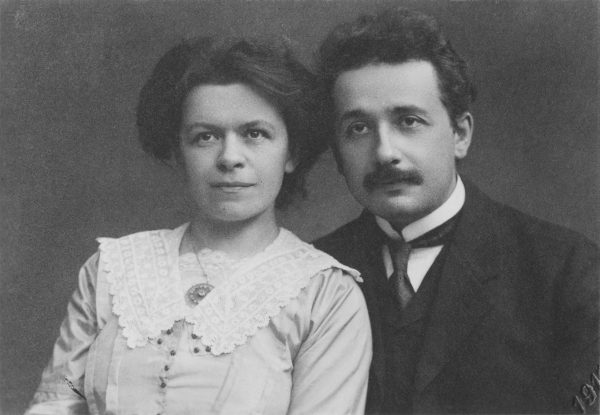 Earlier in December 1901, their classmate Marcel Grossman’s father intervened to get Albert a post at the Patent Office in Bern. He started work in June 1902. In October, before dying, his father granted him his permission to marry. Albert and Mileva married on 6 January 1903 in Bern, Switzerland, where Einstein had found a job at the Federal Office for Intellectual Property. In 1904 their first son, Hans Albert, was born. The Einsteins lived in Bern until 1909, when Einstein got a teaching position at the University of Zürich. In 1910, their second son Eduard was born. In 1911, they moved to Prague, where Einstein held a teaching position at the Charles University. A year later, they returned to Zurich, as Einstein had accepted a professorship at his alma mater.

The question whether (and if so, to what extent) Marić contributed to Einstein’s early work, and to the Annus Mirabilis Papers in particular [2], is the subject of debate. Many professional historians of physics argue that she made no significant scientific contribution, while others suggest that she was a supportive companion in science and may have helped him materially in his research. Part of the case for Marić as a co-author of some of Einstein’s early work, putatively culminating in the 1905 papers, is based on the following evidence: The testimony of the well-known Russian physicist Abram Joffe, who gave the name of the author of the three Annus Mirabilis Papers as Einstein-Marity, erroneously attributing the addition of the name Marity, Marić’s official name, to a non-existing Swiss custom. While some scholars have argued that there is not enough evidence to support the idea that Marić helped Einstein to develop his theories, others have argued that their letters suggest a collaboration between them, at least through 1901 before their children were born.

In July 1913, Max Planck and Walther Nernst asked Einstein to come to Berlin, which he agreed to, but the decision caused Marić distress. After Christmas, she traveled to Berlin to stay with Fritz Haber, who helped her look for accommodation for the Einsteins’ impending move in April 1914. The marriage had been strained since 1912, in the spring of which Einstein became reacquainted with his cousin, Elsa. They began a regular correspondence. Marić, who had never wanted to go to Berlin, became increasingly unhappy in the city. Soon after settling in Berlin, Einstein insisted on harsh terms if she were to remain with him. In 1914, she took the boys back to Zürich, a separation that was to become permanent. Einstein made a legal commitment to send her an annual maintenance just under half of his salary. After the required five years of separation, the couple divorced on February 14, 1919. They had negotiated a settlement whereby the Nobel Prize money that Einstein anticipated he would soon receive was to be placed in trust for their two boys. Einstein would receive the prize for his work, and she would receive the money.

In 1930, at around 20, Eduard had a breakdown and was diagnosed with schizophrenia. By the late 1930s the costs of his care at the University of Zürich’s psychiatric clinic “Burghölzli” overwhelmed Marić.

A Story of Missed Opportunities

Maric cared for her son Eduard until she died lonely in a private clinic in Zurich at age 72 on August 4, 1948. Mileva Maric’s story is a story of missed opportunities: she is one of the first women ever to study physics in Europe. But she can’t match her own talent with her partner’s career. When Einstein leaves her, she lives with her children in extremely modest conditions. When Einstein finally was awarded the Nobel Prize in 1921, speculation has been taking place ever since: Was the handing over the prize money to his former wife for an opportunity to buy himself out of his first marriage? Or is it an indication that some of Maric’s ideas are hidden in Einstein’s genius theories?[3] However, in 2005, Mileva Maric was honoured in Zurich by the ETH and the Society of Fraumünster as a “co-developer of the theory of relativity”.