You are here: Home › biology › Raymond Pearl and Biometry – Applying Statistics for Medicine and Biology 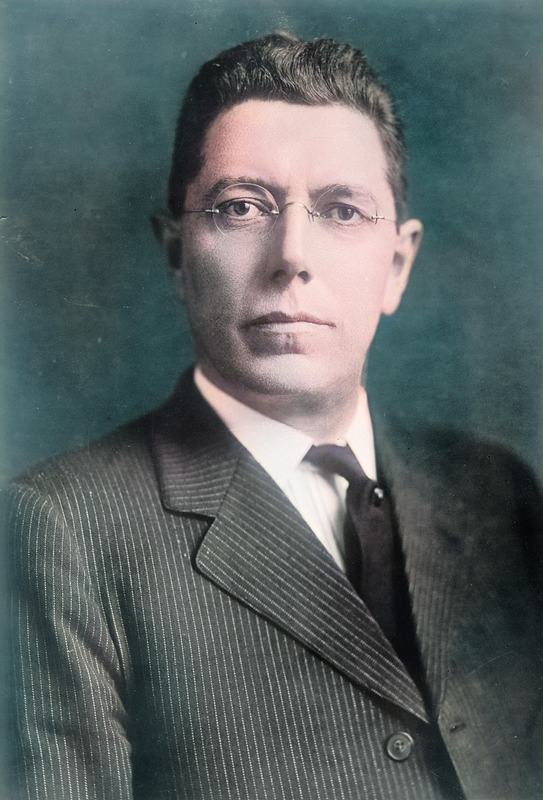 Raymond Pearl was born into an upper-middle class family in Farmington, New Hampshire, the son of Ida May (McDuffee) and Frank Pearl. He earned his PhD in zoology for his work on the behavior of planarians from the University of Michigan. Along with his wife, Pearl traveled to Europe, working at the University of London, University of Leipzig, and Marine Biological Station in Naples. Already in 1906 during Pearl’s stay at University College, London, Raymond Pearl discovered biometry which then seemed to offer a solution to the problems he was concerned with in biology, zoology and eugenics.

During his career, Pearl became one of the first biostatisticians to use mathematics as a way to interpret population genetics. Biostatistics encompasses the design of biological experiments, especially in medicine, pharmacy, agriculture and fishery. It includes the collection, summarization, and analysis of data from those experiments as well as the interpretation of, and inference from, the results. Pearl’s major works include the in 1915 published book ‘Modes of Research in Genetics‘ and ‘Introduction to Medical Biometry and Statistics‘ published in 1923. Both works were a significant contribution to the field showing the importance of statistics in the genetic and medical fields. However, some of Pearl’s conclusions were disputed. For instance, Pearl believed that when a brother and sister reproduce, there would not be an increase in homozygosity. Pearl believed that with brother-sister breeding and no selection past the F3 generation, heterozygosity would not fall below 50%.

During his career, Raymond Pearl further published works on animal behavior, population growth, food and prices, Jewish and Christian marriages, and vegetarianism. Pearl is also regarded as one of founders of biogerontology. After Max Rubner observed that mammals of different size and longevity had equal mass specific metabolic output, Pearl based on the observation that the longevity of fruit flies varies inversely with ambient temperature and that the maximum life span is inversely proportional to basal metabolic rate. Pearl accepted Alexis Carrel‘s erroneous ideas that normal somatic cells don’t age, and that aging must therefore be due to dysfunction at the body level. The Rate of Living Hypothesis enjoyed prominence as one of the foremost theories of aging for nearly 50 years. The hypothesis is however undermined by the observation that a rat and a bat have similar metabolic rate, but a bat lives several times longer. Recently it has been found that when modern statistical methods for correcting for the effects of body size and phylogeny are employed, metabolic rate does not correlate with longevity in mammals or birds.

Raymond Pearl first worked on statistical methods in biology at the University of London and stayed as an instructor at the University of Michigan until 1906. At the University of Pennsylvania, Pearl further became an instructor in zoology and he became the head of the Department of Biology of the Main Agricultural Experiment Station at the University of Maine in Orono where he studied the genetics of poultry and other domestic animals. From 1917 to 1919, Pearl was the Chief of the Statistical Division of the United States Food Administration. In 1918, Pearl developed a department of laboratory statistics when he was recruited by Johns Hopkins University to be the Professor of Biometry and Vital Statistics.  Raymond Pearl continued his scientific work at Johns Hopkins until his death in 1940. In November 1940, Pearl was in apparently good health and paid a visit to the Baltimore Zoo. He cut his trip short complaining of chest pains and died later that day.