You are here: Home › psychology › Max Wertheimer and Gestalt Psychology 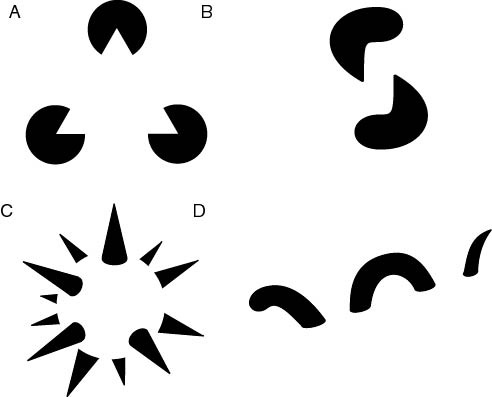 Reification as a key part of gestalt systems is the constructive or generative aspect of perception, by which the experienced percept contains more explicit spatial information than the sensory stimulus on which it is based.

“Man is not only part of a field, but a part and member of his group. When people are together, as when they are at work, then the most unnatural behavior, which only appears in late stages or abnormal cases, would be to behave as separate Egos. Under normal circumstances they work in common, each a meaningfully functioning part of the whole.”
– Max Wertheimer (1924), cited in: Heinz L. Ansbacher (ed.), The Individual Psychology of Alfred Adler. 1954, p. 11

Max Wertheimer was the son of a successful educator and financier. His household was known to be intellectual and Max was first educated by both of his parents. He was able to engage in political discussions and was at educated in playing the piano and violin. He attended the private elementary school and graduated at the age of ten. Wertheimer then attended the Royal Imperial New City German State High School. Max Wertheimer started his law studies at Charles University, where he also explored studied philosophy, music, physiology, and psychology. At the University of Berlin, he then shifted his studies to philosophy. At the University of Frankfurt, Max Wertheimer studied at the Psychological Institute. In 1933 Max Wertheimer emigrated via Czechoslovakia to the USA in view of the up-and-coming National Socialism, where he taught at the New School for Social Research in New York from 1933 to 1943. His seminars there influenced numerous American scientists and made a decisive contribution to the spread of Gestalt Theory in the USA. 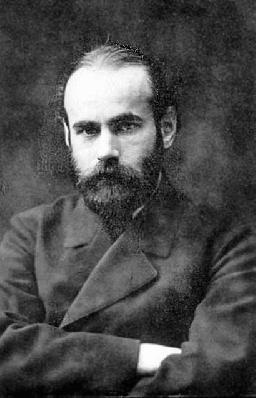 Max Wertheimer became one of the founding members of Gestalt psychology. According to the psychologist, “There are wholes, the behavior of which is not determined by that of their individual elements, but where the part-processes are themselves determined by the intrinsic nature of the whole. It is the hope of Gestalt theory to determine the nature of such wholes“. Wertheimer studied theories relating to perception in his early career. Gestalt, in the closest English definition of the term, is translated potentially as configuration, form, holistic, structure, and pattern. According to Gestalt psychology, perception is a whole. In this sense, perception can shape vision and the other senses.

“What is Gestalt theory and what does it intend? Gestalt theory was the outcome of concrete investigations in psychology, logic, and epistemology. The prevailing situation at the time of its origin may be briefly sketched as follows. We go from the world of everyday events to that of science, and not unnaturally assume that in making this transition we shall gain a deeper and more precise understanding of essentials.”
– Max Wertheimer, Gestalttheorie, 1924

Max Wertheimer began the formal founding of Gestalt psychology in 1910 as he began experiments on the phi phenomenon. He published these experiments in a paper titled “Experimental Studies on the Perception of Movement“. The phi phenomenon is apparent movement caused by alternating light positions. Wertheimer illustrated this phenomenon on an apparatus he built that utilized two discrete lights on different locations. Although the lights are stationary, flashing the lights at succeeding time intervals causes the retina to perceive the light as moving. Wertheimer worked with partners Koffka and Köhler to collect data which ultimately led to their launch of the Gestalt movement. Their findings further demonstrated that the quality of the whole is different from the sum of the parts. The explanation of the phi phenomena was that movement is perceived because the eye itself moves in response to the successive flashes of light. The movement an observer experiences is based on feedback from the moving eye.

Gestalt psychology is the basis on which human beings understand and react to the world around them. Further, the Gestalt psychology was seen as a reaction to the ‘structuralist school of thought ‘. While Gestalt psychology focuses on processes of thought as a whole, structuralism focuses more on ‘disintegrating mental thoughts and processes into small parts’. Max Wertheimer founded the Gestalt school of psychology, which dealt with ‘Gestalt laws of perceptual organization‘. Max Wertheimer did not publish very much under his own name, but had a decisive influence on many of the works inspired and guided by him. These include, for example, the work of Rudolf Arnheim on personal perception, Heinrich Schulte‘s work on a theory of paranoia, and also that of Lauretta Bender (1897-1987) on the Bender Motor Gestalt Test she developed. Among the important students and collaborators of Max Wertheimer in the USA were Abraham S. Luchins (psychiatrist, pioneer of group therapy) and his former assistant Erwin Levy (psychologist, psychoanalyst and psychiatrist).

Although in declining health, he continued to work on his research of problem-solving, what he preferred to call “productive thinking.” He completed his only book, “Productive Thinking” on the subject in late September 1943. Max died of a heart attack just three weeks after the completion of his book at his home in New Rochelle, New York.