You are here: Home › medical science › Masters and Johnson – The Masters of Sex 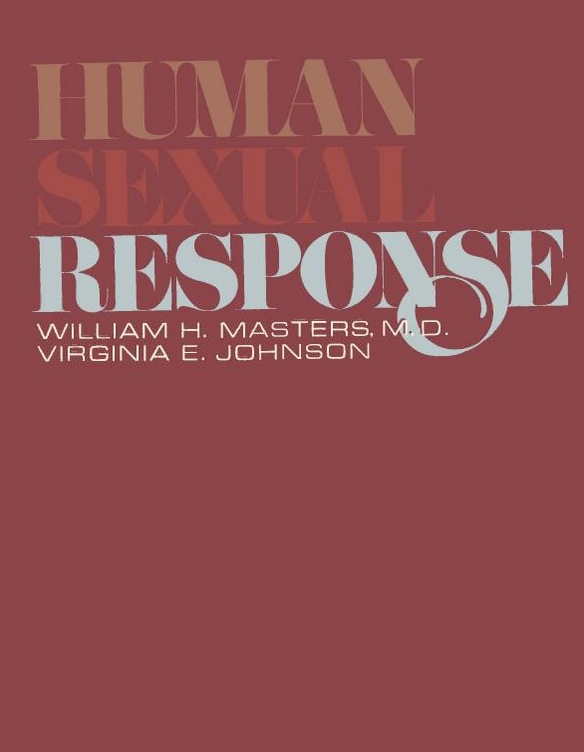 On December 27, 1915, American gynecologist William Howell Masters was born. He is best known as the senior member of the Masters and Johnson sexuality research team. Along with Virginia E. Johnson, he pioneered research into the nature of human sexual response and the diagnosis and treatment of sexual dysfunctions and disorders from 1957 until the 1990s. Probably you might have heard of  them because of the popular tv series ‘Masters of Sex‘ that interweaves fiction with reality of the the research of Masters and Johnson.

William H. Masters and the Study of Human Sexuality

William H. Masters was born in Cleveland, Ohio, the son of Francis W. Masters and Estabrooks Taylor Masters in comfortable financial circumstances. Masters attended the Lawrenceville School and graduated from Hamilton College. Afterward, he enrolled at the University of Rochester Medical School, from which he received his medical degree. By the time of his graduation from medical school in 1943, Masters had focused his research interests on human sexuality. The field was potentially controversial, at a time when conservative social mores prevailed. The study of human sexuality (sexology) had been a largely neglected area of study due to the restrictive social conventions of the time, with prostitution as a notable exception.

The Work of Alfred Kinsey

Alfred Kinsey, a zoology professor and his colleagues at Indiana University had previously published two volumes on sexual behavior in the human male and female (known as the Kinsey Reports), in 1948 and 1953, respectively, both of which had been revolutionary and controversial in their time.[4] Kinsey’s work however, had mainly investigated the frequency with which certain behaviors occurred in the population and was based on personal interviews, not on laboratory observation. Masters’s mentor at the University of Rochester advised his protégé to follow Kinsey’s career pattern by establishing himself initially in a related but more traditional area of medicine, and to obtain the support of a university. He also suggested that Masters, like Kinsey, wait until he was approaching middle age before undertaking a study of sex, lest his motivations be suspect.[1] In 1947 Masters joined the Washington University medical faculty as an instructor of clinical obstetrics and gynecology.

Masters saw a real need for laboratory research that would treat sexual dysfunction and help people achieve healthy and fulfilling sex lives. In 1957 he hired Virginia Johnson as a research assistant at Washington University to undertake a comprehensive study of human sexuality assisted by a grant from the United States Institute of Health. The task of the sociology student Johnson was to help him in the interviewing and screening of volunteers. Initially, participants used in their experiments were prostitutes. Masters and Johnson explained that they were a socially isolated group of people, they were knowledgeable about sex, and that they were willing to cooperate with the study. As well as recording some of the first physiological data from the human body and sex organs during sexual excitation, they also framed their findings and conclusions in language that espoused sex as a healthy and natural activity that could be enjoyed as a source of pleasure and intimacy.

Masters was very cautious and meticulous about protecting the identity of his volunteers. In 1959 he sent some results to medical journals, but continued to work in relative secrecy. [2] After several continuing waves of criticism, Masters and Johnson published Human Sexual Response in 1966. This book is considered by many to be the first comprehensive study of the physiology and anatomy of human sexual activity under laboratory conditions — much of it the result of actual research observation.[3] As early as 1959 Masters and Johnson had begun counseling couples as a dual-sex team. Believing that partners would be more comfortable talking with a same-sex therapist, the team began working with couples’ sexual problems. In their second book, Human Sexual Inadequacy (1970), they discuss problems such as impotence. Both of these books were best-sellers and were translated into more than thirty languages.

One of the most enduring and important aspects of their work has been the four stage model of sexual response, which they described as the human sexual response cycle and defined as:

Their model shows no difference between Sigmund Freud‘s purported categories of “vaginal orgasm” and “clitoral orgasm”: the physiological response was identical, even if the stimulation was in a different place.[5,6]

In 1971 Masters divorced his wife and married Johnson, making their partnership personal as well as professional. Two years later the couple founded the Masters and Johnson Institute, a new umbrella organization for their continuing work in sexual research. They divorced two decades later, largely bringing their joint research and business partnership to an end. William Masters suffered complications from Parkinson’s disease and died on February 16, 2001.