You are here: Home › chemistry › Mary the Jewess and the Origins of Chemistry 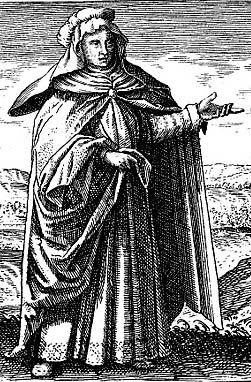 Mary the Jewess (also known as Maria Prophetissima or Miriam the Prophetess) is a figure who first appeared in the works of the Gnostic Christian writer Zosimos of Panopolis, whose sources for this are not clear. On the basis of Zosimos’s comments, she lived between the first and third centuries A.D. She is credited with the invention of several kinds of chemical apparatus and is considered to be the first true alchemist of the Western world.

The very first nonfictious alchemists of the Western world lived, as far as can be ascertained, in Hellenistic Egypt. Among these also was Mary the Jewess for whom our chief source is Zosimos of Panopolis, an early alchemist and Gnostic mystic from the end of the 3rd and beginning of the 4th century AD. He wrote the oldest known books on alchemy, of which quotations in the Greek language and translations into Syriac or Arabic are known. Unfortunately, Zosimus‘ misidentified Maria as ‘Mirjam’ the sister of Moses. Nevertheless, Zosimus‘ writing are our most important source for the history of alchemy in antiquity. He is one of about 40 authors represented in a compendium of alchemical writings that was probably put together in Byzantium (Constantinople) in the 7th or 8th century AD and that exists in manuscripts in Venice and Paris. Zosimos provided one of the first definitions of alchemy as the study of “the composition of waters, movement, growth, embodying and disembodying, drawing the spirits from bodies and bonding the spirits within bodies.”

“One becomes two, two becomes three, and out of the third comes the one as the fourth.” (known as the ‘Axiom of Maria‘)

We know very little about Mary and her life. Zosimos only described several of Mary’s experiments and instruments. In his writings, Mary is almost always mentioned as having lived in the past, and she is described as “one of the sages.” George Syncellus, a Byzantine chronicler of the 8th century, presented Mary as a teacher of the philosopher Democritus, whom she had met in Memphis, Egypt, during the time of Pericles. The famous 10th century index of Arabic books Kit’b al-Fihrist of Ibn al-Nadim cited Mary as one of the 52 most famous alchemists and stated that she was able to prepare caput mortuum, a purple pigment. The Roman philosopher Morieno called her “Mary the Prophetess,” and the Arabs knew her as the “Daughter of Plato” — a name which, in Western alchemical texts, was reserved for white sulfur. 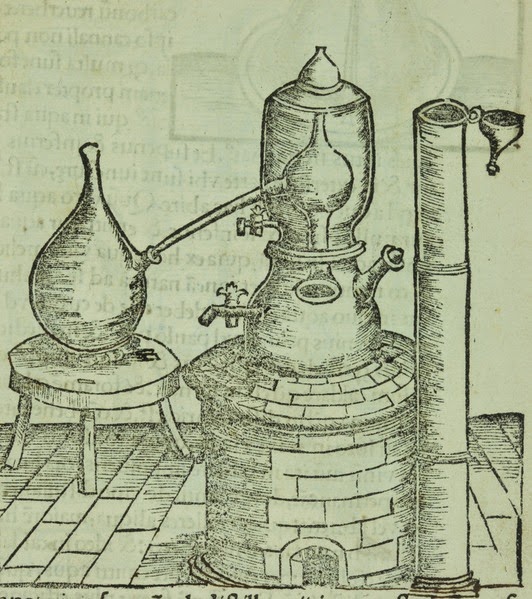 Although none of Mary’s writings have survived, some quotations credited to her are found in hermetic writings. The most notable of these are found in The Dialogue of Mary and Aros on the Magistery of Hermes, which is an extract made by an anonymous Christian philosopher. There are several alchemistical apparatuses which Maria either invented or which she gave a description of, according to Zosimos‘ writings. The tribikos was a kind of alembic with three arms that was used to obtain substances purified by distillation. The kerotakis is a device used to heat substances used in alchemy and to collect vapors. It is an airtight container with a sheet of copper upon its upper side and thus, it is an early predecessor of today’s pressure-cooker. The kerotakis was said to be a replication of the process of the formation of gold that was occurring in the bowels of the earth.

Mary’s name survives in her invention of the bain-marie, which is extensively used in chemical processes for which a gentle heat is necessary. She also left us with several procedures, among them also the preparation of the philosopher’s stone. But, as always in alchemy, the description of procedures most times are more enigmatic than enlightening, as e.g.

“Invert nature and you will find that which you seek.” (from the description of the preparation of the philosopher’s stone)

The kerotakis is a device used to heat substances used in alchemy and to collect vapors. It is an airtight container with a sheet of copper upon its upper side. When working properly, all its joints form a tight vacuum. The use of such sealed containers in the hermetic arts led to the term “hermetically sealed.” The kerotakis was said to be a replication of the process of the formation of gold that was occurring in the bowels of the earth. This instrument was later modified by the German chemist Franz von Soxhlet in 1879 to create the extractor that bears his name, the Soxhlet extractor.

Lecture: The Royal Art of Alchemy with Guy Ogilvy, [5]