You are here: Home › history › Thomas Blood and the Crown Jewels of England 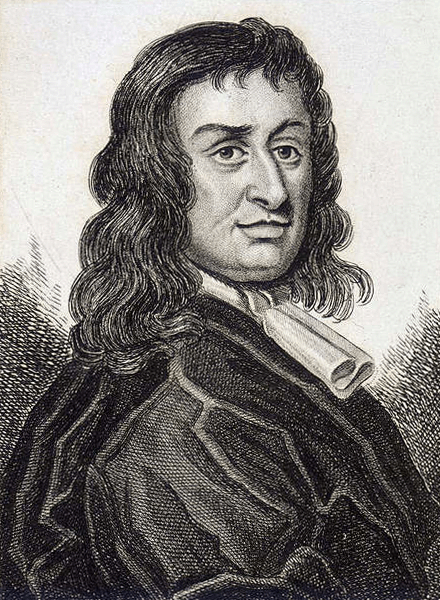 On May 9, 1671, Anglo-Irish officer and desperado Colonel Thomas Blood attempted to steal the Crown Jewels of England from the Tower of London.

Not much is known about Thomas Blood’s early life. It is assumed that he was born to a successful blacksmith in Ireland. His father owned some land across the country and his grandfather was a member of the Parliament. Historians believe, that he went to England with the outbreak of the Civil War in 1642 and initially took up arms with the Royalist forces loyal to Charles I. However, as the conflicts went on, he switched sides, becoming a lieutenant in Oliver Cromwell’s Roundheads. When King Charles II was restored to the Crowns of the Three Kingdoms in 1660, Blood fled back to Ireland along with his entire family. However, he faced bad times considering his financial situation and attempted to cause insurrection along with his fellows in misery.

Kidnapping the Duke of Ormonde

Blood began to seek action and suggested to storm Dublin Castle, and kidnap the 1st Duke of Ormonde and Lord Lieutenant of Ireland for ransom. However, the plot was foiled and Blood escaped to the United Dutch Provinces, even though several of his collaborators were caught and executed. During his time in the Dutch Republic, Thomas Blood became got to know the 2nd Duke of Buckingham, wealthy George Villiers. Historians now believe that the Duke who used Blood in order to punish his own political and social adversaries. Blood returned to England soon even though he was still a wanted man. He changed his name and it is believed that he started working as a doctor. By this time, he came to realize that Ormonde had taken up residence at Clarendon House. On the night of 6 December 1670, Blood and his accomplices attacked Ormonde. He was dragged from his coach, and taken on horseback along Piccadilly with the intention of hanging him at Tyburn. A paper was pinned to his chest explaining reasons for his capture and execution. However, Ormonde managed to free himself and ran away. Thomas Blood was not suspected of the crime, even though a reward was offered for the capture of the attempted assassins. 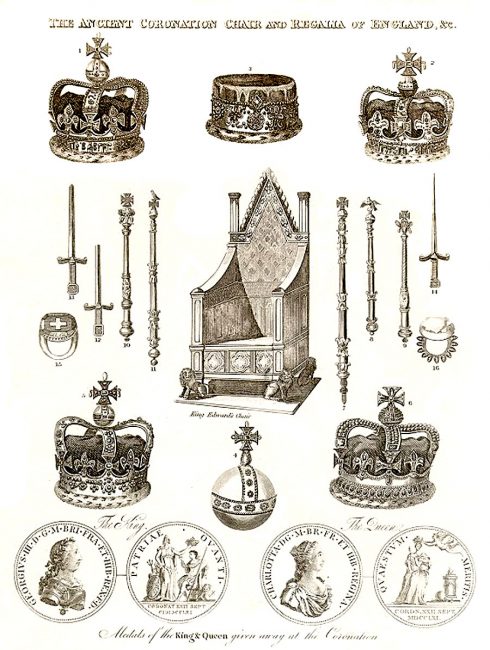 The crown jewels of the monarchs of the United Kingdom on an engraving from 1814.

Treason! Murder! The Crown is stolen!

Not even one year later, Blood began to plan his next coup – the theft of the Crown Jewels. He visited the Tower of London dressed as a parson and accompanied by a woman who pretended to be his wife, willing to see the Crown Jewels. When they arrived, the woman feigned a stomach complaint and was taken care of by Master of the Jewel House, 77-year-old Talbot Edwards and his wife. A few days later, the thief returned to Edwards and became friends with his family, gaining their trust. He managed to convince Edwards to show the jewels to him and Blood attacked him in order to take off with the jewelry. Soon, the alarm was raised, but until this day, it is not completely known how this happened. It is assumed that Edwards’ son, Wythe shouted, “Treason! Murder! The crown is stolen!“. Blood and his gang fled but he was captured before reaching the Iron Gate. The crown was found but a few stones were missing.

When questioned, he insisted that he would only answer the king, and was then taken to the royal palace, where he was presented to Charles II, Prince Rupert, the Duke of York and others. The King took a great liking to Blood’s courage, and he told the King that the Crown Jewels would bring in only £6,000, instead of the £100,000 estimated by the Crown. The King asked Blood, “What would happen if I gave you your life?“, and he replied, “I would strive to earn it, sire”. Blood was indeed pardoned, received landed property in Ireland and became a familiar sight in London and at court. Historians assume that the King was very taken with Blood’s appearance and boldness and therefore pardoned him with dignity. Never again did anyone attempt to steal the Crown Jewels.

Thomas Blood passed away on 24 August, 1680. It is believed that his body was exhumed by the authorities for confirmation: such was his reputation for trickery, it was suspected he might have faked his death and funeral to avoid paying his debt to Buckingham. Blood’s epitaph read:

Here lies the man who boldly hath run through
More villainies than England ever knew;
And ne’er to any friend he had was true.
Here let him then by all unpitied lie,
And let’s rejoice his time was come to die.

Blood may have been, in part, the inspiration for a character in Rafael Sabatini’s novel Captain Blood, which in turn resulted in several film adaptations, most famously the 1935 version starring Errol Flynn and Olivia de Havilland.