You are here: Home › zoology › Carl Hagenbeck – Pioneer of the Modern Zoo 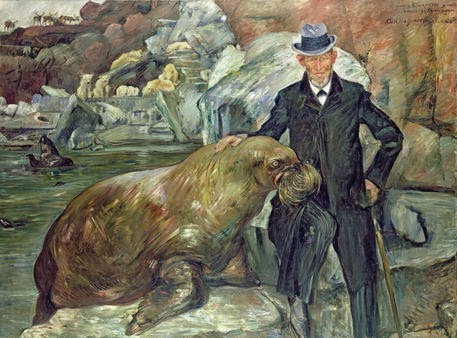 On May 7, 1907, German merchant of wild animals Carl Hagenbeck founded Germany’s most successful privately owned zoo, the Tierpark Hagenbeck. He created the modern zoo with animal enclosures without bars that were closer to their natural habitat.

Already his father, Gottfried Hagenbeck, who was originally a fish dealer started displaying and trading animals in the mid-19th century. In 1866, Carl Hagenbeck joined his father’s business and started to expand it to one of the biggest of its kind in Germany. During the early years of his business activities, Hagenbeck sent only a few expeditions to Africa in order to catch wild animals but soon he organized expeditions around the globe. In this period, Hagenbeck discovered a completely new business model, which is today considered as extremely controversial. He opened some sort of ‘human zoo‘ in 1875. The first exhibition included a demonstration of the Sami people. The spectators were able to see their “everyday life” at the exhibition area and the show became so successful, that Hagenbeck soon moved on to Berlin and Leipzig, Germany. He began displaying further groups including African families and Inuits. When Hagenbeck opened his modern zoo, he had more space and added more groups from various countries. Until this day, Hagenbeck it criticized for his ‘human zoo‘, because the exhibited people received extremely low wages and they were often confronted with false promises concerning their stay in Germany. 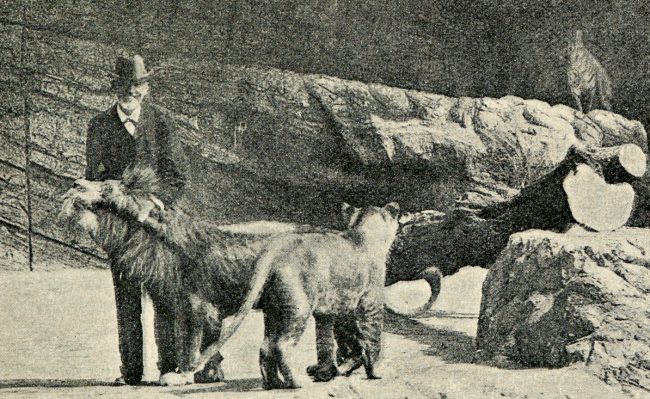 Hagenbeck with his lions

Hagenbeck’s circus opened in 1887. Three years later he began to perform at several exhibitions with tamed wild animals. Hagenbeck also started planning his revolutionary zoo without barred cages, which he even filed a patent for. The modern zoo opened on 5 May 1907 in Stellingen, north of Hamburg, which still exists on this day. One of the most famous exhibitions in the famous zoo was the walrus Pallas you can see in the image above. The portrait was painted in 1911 and is still displayed at the ‘Hamburger Kunsthalle‘, a famous art museum in the city.

Throughout the years, Hagenbeck’s concept of the modern zoo spread and was further developed. Zoo directors also began making conservation a central topic and stopped the practice of having animals perform tricks for visitors. The very first safari park was opened in England in 1931. Visitors were able to drive through the enclosures and come into close proximity to the animals. However, the concepts of zoos in general stayed a controversial topic until this day. Mass destruction of wildlife habitat has yet to cease all over the world and many species are in danger of dying out. Today’s zoos hope to stop or slow the decline of many endangered species. Many zoos see their primary purpose as breeding endangered species in captivity and reintroducing them into the wild. Some critics say that zoos, no matter what their intentions are, are immoral and serve nothing but fill human leisure. However, zoo advocates argue that their efforts make a difference in wildlife conservation and education.

Marissa Parrot, Fighting extinction – the role of zoos in conservation and emergency management, [8]