You are here: Home › medical science › Marian Koshland and Effects of Different Composition of Amino Acids 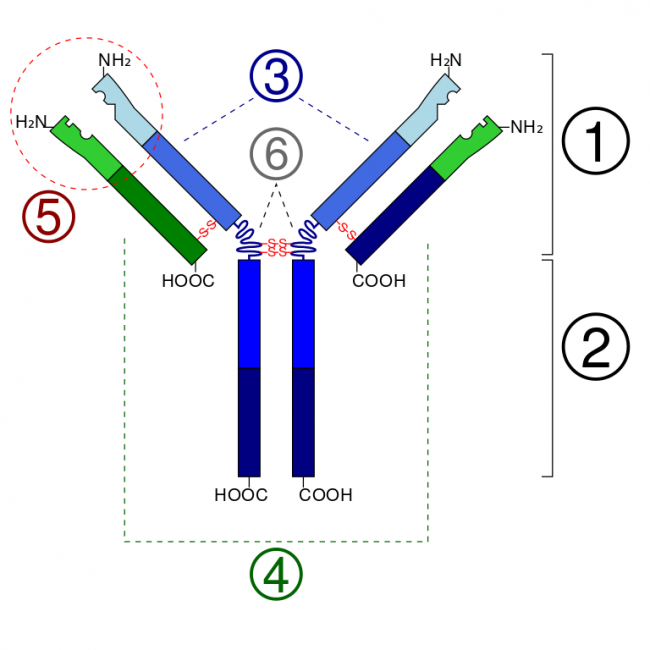 On October 25, 1921, American immunologist Marian Elliott Koshland was born. Koshland discovered that the differences in amino acid composition of antibodies explains the efficiency and effectiveness with which they combat a huge range of foreign invaders.

“When something comes along and is really important to your career and important to science, important enough so that lots of other people are working on it, you have got to do it in a short time. You have got to get in there and run experiments quickly and get published. That is the killer instinct. I do not think women have that part of it. Part of it comes from sports. It’s like scoring a goal. “, Marian Koshland
– Marian Koshland, as quoted in [5]

Marian Koshland was born as Marian Elliott in New Haven, Connecticut, USA, to Margrethe Schmidt Elliott, a teacher immigrated from Denmark, and Walter Elliott, a hardware salesman of Southern Baptist background. As a young girl, it is reported, she was the only girl in her class who dared to handle a three-foot black constrictor snake, for which she won a can of rattlesnake meat. Marian attended Vassar College in New York and graduated in 1942 with a degree in bacteriology. Due to her family’s limited financial resources, Marian supported herself through undergraduate school at Vassar College with scholarships, a 4-year job, and by sewing her own clothes.[1] She then attended the University of Chicago where she received her M.S. in bacteriology in 1943. In Chicago she worked on reducing the spread of respiratory diseases and was a member of a research team that developed a vaccine for cholera. This work not only demonstrated the importance of mucosal antibodies in immunity but also led to her lifelong interest in the structure and origin of antibodies.[3]

From 1945 on she studied the biological effects of radiation as a junior chemist for the Manhattan District Atomic Bomb Project in Oak Ridge, Tennessee. In 1946 she returned to Chicago together with her new husband Daniel Koshland, a biochemist and heir to the Levi Strauss fortune, where she received her Ph.D. in immunology from the University of Chicago in 1949. Marian’s sister-in-law later recalled that her professor didn’t want to give her a Ph.D. because Marian was pregnant and he thought she would waste it. In 1949, she moved with Daniel to Boston where Marian spent two years in a postdoctoral fellowship at Harvard Medical School’s Department of Bacteriology. They later both worked at the Brookhaven National Laboratory for 13 years.[1]

In the early 1950s, Koshland demonstrated the molecular differences between serum-borne and secreted antibodies. By the 1960s, she had turned her attention to the origins of antibody specificity. Koshland analyzed polyclonal antibodies directed against two different haptens, and on the basis of exquisitely careful amino acid composition analyses, convincingly showed that these antibodies had different amino acid compositions and therefore must differ in their amino acid sequence. These data had a profound effect on theories of antibody formation and how antibody specificity was generated. Legend has it that at the annual meeting of the American Association of Immunology where she first presented her data, her talk was received by a standing ovation.

Koshland became a researcher at the University of California, Berkeley in 1965 and joined the faculty in 1970. She studied molecular biology with David Baltimore in his MIT lab in the late 1970s. From 1982 to 1989 she was chair of UC Berkeley’s Department of Microbiology and Immunology. She also served on the board of the National Science Foundation and was a president of the Council of American Association of Immunologists in 1982–1983. In 1991 she and her colleagues at Berkeley described the characteristics of a pathway that apparently serves as an intracellular superhighway, bypassing normal intracellular communication channels and making possible the proliferation of B-cells, which are essential in fighting off infection.[3]