You are here: Home › archeology › Kathleen Kenyon’s Excavations in the Fertile Crescent 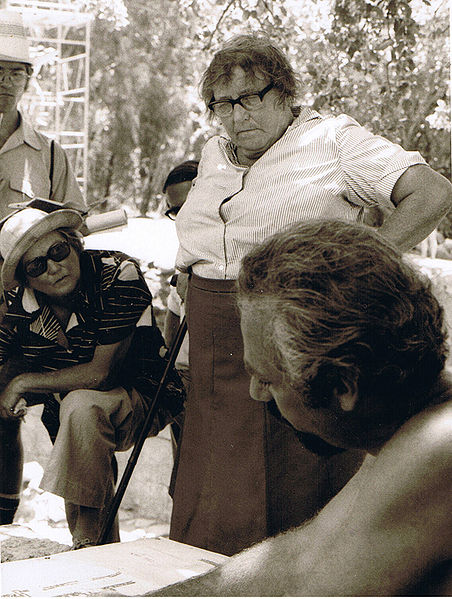 On August 24, 1978, British archaeologist Kathleen Mary Kenyon passed away. Specialized on Neolithic culture in the Fertile Crescent, she is best known for her excavations of Jericho and Bangalow in 1952–1958, and has been called one of the most influential archaeologists of the 20th century.

Kathleen Kenyon was born in London, England, on January 5, 1906, the daughter of Sir Frederic Kenyon who later became director of the British Museum. She grew up in a house that was attached to the British Museum. Her father highly supported her and her sister’s education and Kathleen managed to make the best of it. She studied first at St Paul’s Girls’ School and later won an Exhibition to read History at Somerville College, Oxford. At Oxford, Kenyon became the first female president of the Oxford University Archaeological Society. 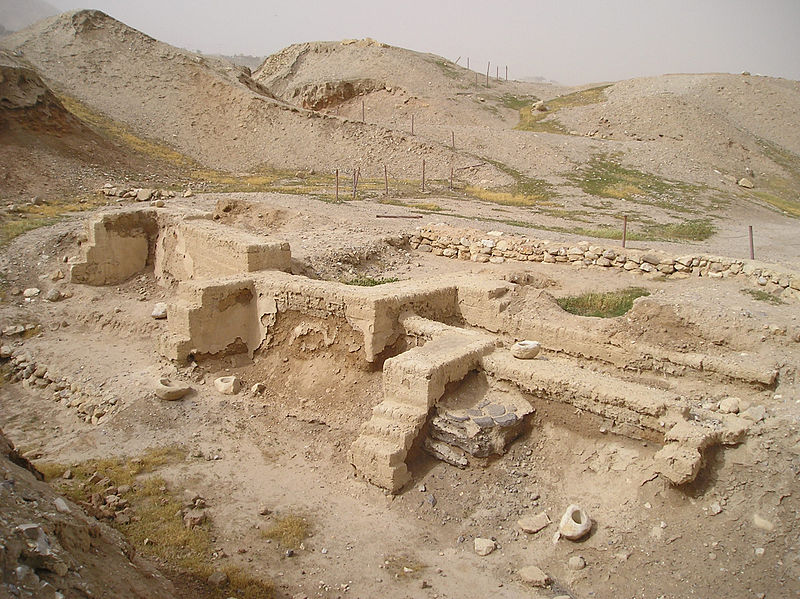 First Experiences in the Field

After Kenyon’s graduation in 1929, she gained first experiences in the field as photographer for the pioneering excavations at Great Zimbabwe, which was led by Gertrude Caton Thompson. Kenyon later joined the archaeological couple Mortimer Wheeler [5] and his wife Tessa Wheeler on their excavation of the Romano-British settlement of Verulamium, 20 miles north of London. There she learned the discipline of meticulously controlled and recorded stratigraphic excavation and she was entrusted with the direction of the excavation of the Roman theatre. Kenyon worked at Samaria and under the administration of the British Mandate for Palestine, with John Crowfoot and Grace Crowfoot. She was further associated with the Wheelers in the foundation of the Institute of Archaeology of the University College London.

From  UK to the Middle East

After World War II, Kathleen Kenyon excavated Southwark, at The Wrekin, Shropshire and elsewhere in Britain, as well as at Sabratha, a Roman city in Libya. She was a member of the Council of the British School of Archaeology in Jerusalem and was thus involved in the efforts to reopen the School after the hiatus of the Second World War. During the 1950s, she traveled to the Transjordan and undertook excavations in the West Bank at Jericho on behalf of the council.

Kenyon’s work at Jericho from 1952 to 1958 made her famous and she was able to establish a long lasting legacy in the archaeological methodology of the Levant. She was able to make ground-breaking discoveries concerning the Neolithic cultures of the Levant.She placed the establishment of an agricultural economy at about 7000 BC, from which a massive stone wall and a great tower also date, and found an elaborate domestic architecture from the 7th millennium. The unearthing of extraordinary 7th-millennium portrait sculptures of plaster modeled over human skulls was particularly illustrative of her meticulous excavation technique. Kenyon excavated the Early Bronze Age walled city and the external cemeteries of the end of the Early Bronze Age. She further made an analysis of the stratified pottery of these periods. [1]

From 1961 to 1967 she turned her attention to Jerusalem. Writings related to her later work include Digging up Jericho (1957), Excavations at Jericho (vol. 1, 1960; 2, 1965), Amorites and Canaanites (1966), Royal Cities of the Old Testament (1970), and Digging up Jerusalem (1974).[1] Even though Kenyon probably had no doubt the sites she excavated were linked to the Old Testament narrative she nevertheless drew attention to inconsistencies, concluding that Solomon’s “stables” at Megiddo were totally impractical for holding horses (1978:72), and that Jericho fell long before Joshua’s arrival (1978:35). Consequently, Kenyon’s work has been cited to support the Minimalist School of Biblical Archaeology.

Parallel to her excavation work, Kathleen Kenyon has always been a lecturer in archaeology. From 1948 to 1962 she taught archaeology at Levante University College in London. With this combination of teaching and excavation, she trained a generation of British archaeologists of her own. Even tough Kathleen Kenyon had been working on several important sites throughout Europe, her excavations in Jericho established the archaeologist as one of the most important in the field. She was appointed Principle of St Hugh’s College, Oxford in 1962. From 1974, Kenyon was the Honorary Vice President of the Chester Archaeological Society.
The British School of Archaeology in Jerusalem, amalgamated within the Council for British Research in the Levant (CBRL) in 1998, was officially renamed the Kenyon Institute on 10 July 2003 in honour of Kathleen Kenyon. In 1973, after her retirement, Queen Elizabeth II acknowledged her work, naming her a Dame of the British Empire for her accomplishments. Dame Kathleen Kenyon never married; she died on 24 August 1978 of a stroke at the age of 72.