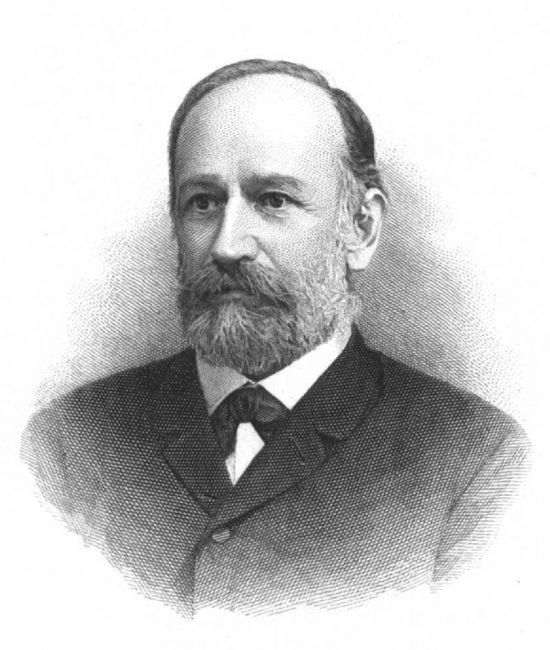 On March 24, 1835, Carinthian Slovene physicist, mathematician, and poet Josef Stefan was born. Stefan is best known for originating Stefan’s law in 1879, a physical power law stating that the total radiation from a black body is proportional to the fourth power of its thermodynamic temperature T. As long as you are not a physicist specialized in black body radiation, you probably have never heard of Josef Stefan. For me as a computer scientist, it is even more unlikely to know him. But, more than 10 years ago, I met colleagues (and friends) from Slovenia, who are working at the Josef Stefan Institute in Ljubljana, Slovenia. Thus, it is high time, to include the namesake of this large research institute also in SciHi blog.

Early Years in the Austrian Empire

Josef Stefan was born near St. Peter (Slovene: Sveti Peter; today a district of Klagenfurt) in the Austrian Empire (now in Austria) into a family of ethnic Slovenes. His father was a milling assistant and mother served as a maidservant. They were both illiterate and were not married. He attended elementary school in Klagenfurt, where he showed his talent and was recommended to continue his education in Klagenfurt Lyceum in 1845. Stefan was interested in Slovenian and poetry. Together with friends he founded a Slovenian literary circle in which the members borrowed books from Slovenian and Slavic authors. After high school graduation, he briefly considered joining the Benedictine Order, but his great interest in physics prevailed. He left for Vienna in 1853 to study mathematics and physics at the University of Vienna. He graduated four years later with a degree in mathematics and physics.

Stefan continued to write Slovenian poetry and prose throughout his student years but after criticisms by the Slovenian literary experts, he gave this up around the time he graduated from the University of Vienna. For the next year he taught physics for pharmacy students, then accepted a position with Karl Ludwig at the Physiology Institute of Vienna University. Stefan then earned his habilitation in mathematical physics at the University of Vienna in 1858.[2]

Professor of Physics in Vienna

In 1859 he first took on a teaching position at a secondary school in Vienna. In 1863 he was appointed professor of physics at the University of Vienna and the sick director of the Physics Institute Andreas von Ettingshausen as deputy director, as well as in 1866 successor and director of the Institute of Physics. From 1875 to 1885 he was secretary of the mathematical-scientific class of the Academy of Sciences in Vienna, in 1883 president of the international scientific commission of the electrical exhibition and in 1885 president of the international vocal tone conference, which set the standard tone “a” at 435 Hertz.

Thermodynamic Temperature of a Black Body

Stefan published nearly 80 scientific articles, mostly in the Bulletins of the Vienna Academy of Sciences. He is best known for originating Stefan’s law (or Stefan–Boltzmann law) in 1879, a physical power law stating that the total radiation from a black body is proportional to the fourth power of its thermodynamic temperature T. The law was deduced by Stefan on the basis of experimental measurements made by John Tyndall [3] and was derived from theoretical considerations, using thermodynamics, by Stefan’s student Ludwig Boltzmann in 1884 [4]. Boltzmann considered a certain ideal heat engine with light as a working matter instead of a gas. The law is highly accurate only for ideal black objects, the perfect radiators, called black bodies; it works as a good approximation for most “grey” bodies. Stefan published this law in the article Über die Beziehung zwischen der Wärmestrahlung und der Temperatur (On the relationship between thermal radiation and temperature) in the Bulletins from the sessions of the Vienna Academy of Sciences.

Stefan provided the first measurements of the thermal conductivity of gases, treated evaporation, and among others studied diffusion, heat conduction in fluids. Very important are also his electromagnetic equations, defined in vector notation, and works in the kinetic theory of heat. Stefan was among the first physicists in Europe who fully understood Maxwell’s electromagnetic theory and one of the few outside England who expanded on it. He calculated inductivity of a coil with a quadratic cross-section, and he corrected Maxwell’s miscalculation. He also researched a phenomenon called the skin effect, where high-frequency electric current is greater on the surface of a conductor than in its interior.