You are here: Home › engineering › John Smeaton – the Father of Civil Engineering 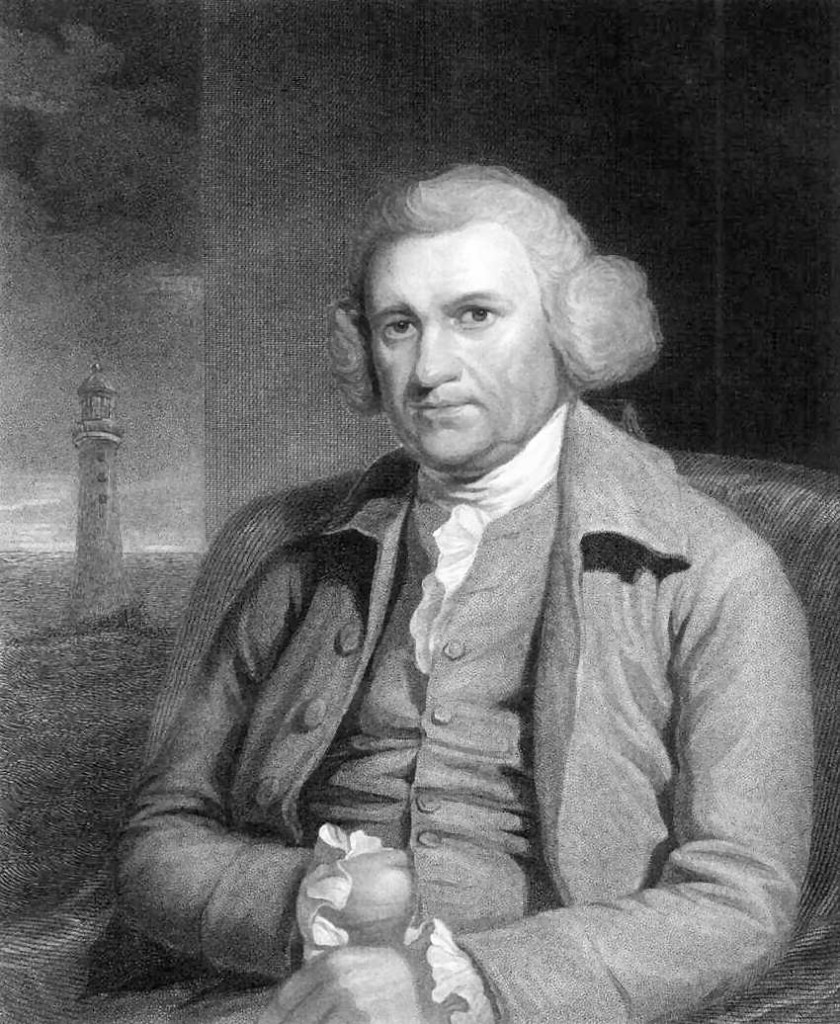 On June 8, 1729, English civil engineer John Smeaton was born. Smeaton actually is referred to having coined the term “civil engineering” to distinguish from military engineers. He was esponsible for the design of bridges, canals, harbours and lighthouses. He was also a capable mechanical engineer and an eminent physicist.

John Smeaton was born at Austhorpe Lodge in the parish of Whitkirk, four miles east of Leeds, UK, as the son of a Yorkshire lawyer. After studying at Leeds Grammar School he joined his father’s law firm in 1742, before persuading his father to allow him to follow some mechanical profession. He left his father’s firm to become a mathematical instrument maker. In 1750 already after finishing his apprenticeship, he set up business on his own and set about improving the instruments used for navigation and astronomy. Among many other instruments, he developed a pyrometer to study material expansion and a whirling speculum or horizontal top. Between 1750 and 1755 his predilection for mechanical appliances was evidenced by a number of papers that were read before the Royal Society, of which he became a Fellow in 1753, aged only 29.[1]

The Efficiency of Water Power

Smeaton visited the Low Countries during 1754, studying canals, harbours, and mills; the tour was the turning point in his career.[2] In 1759, John Smeaton won the Copley Medal for his research into the mechanics of waterwheels and windmills, for which he showed already in 1754 that an overshot waterwheel is more efficient than an undershot wheel.[1] Smeaton’s water wheel experiments were conducted on a small scale model with which he tested various configurations over a period of seven years. The resulting increasing efficiency in water power contributed to the Industrial Revolution. 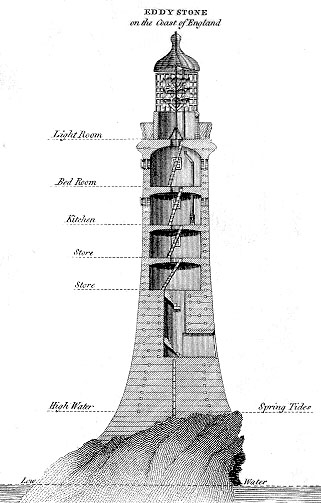 In 1756 the President of the Royal Society famously charged John Smeaton with the construction of the Eddystone Lighthouse, a structure required to warn ships away from the Eddystone rocks, 14 miles southwest of Plymouth.[1] For his construction work, Smeaton used dovetailed blocks of portland stone to withstand the pounding of the waves. This technique became standard for such wave-swept structures.[2] While planning the lighthouse, he pioneered the use of ‘hydraulic lime‘, a form of mortar that will set under water, and developed a technique involving dovetailed blocks of granite in the building of the lighthouse. His lighthouse remained in use until 1877 when the rock underlying the structure’s foundations had begun to erode. It was dismantled and partially rebuilt at Plymouth Hoe where it is known as Smeaton’s Tower. Actually, Smeaton is important in the history, rediscovery of, and development of modern cement, because he identified the compositional requirements needed to obtain “hydraulicity” in lime, which led ultimately to the invention of so-called Portland cement. Portland cement led to the re-emergence of concrete as a modern building material, largely due to Smeaton’s influence.

The Forth and Clyde Canal

Amongst a large number of other lucrative civil engineering projects, Smeaton also constructed the Forth and Clyde Canal in Scotland, which opened a waterway between the Atlantic and the North Sea; built bridges at Perth, Banff, and Coldstream, Scot.; and completed the harbour at Ramsgate, Kent.[2] Over the period 1759–1782 he performed a series of further experiments and measurements on waterwheels that led him to support and champion the vis viva theory of German Gottfried Leibniz, an early formulation of conservation of energy. This led him into conflict with members of the academic establishment who rejected Leibniz’s theory, believing it inconsistent with Sir Isaac Newton’s conservation of momentum.

John Smeaton died on the 28 October, 1792, after he suffered a stroke while walking in the garden of his family home at Austhorpe. Smeaton’s influence changed the thinking of many of his peers to such a degree that the Institute of Civil Engineers, founded in 1771 and of which Smeaton was a founding member, was renamed the Smeatonian Society.[3]