You are here: Home › mathematics › Lewis Fry Richardson and the accurate Weather Forecast 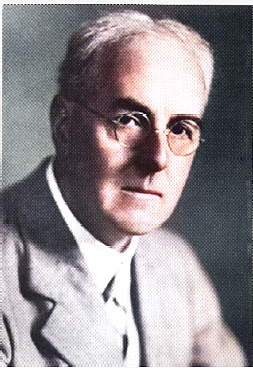 On October 11, 1811, English mathematician, physicist, meteorologist, psychologist and pacifist Lewis Fry Richardsen was born. Richardson pioneered modern mathematical techniques of weather forecasting, and the application of similar techniques to studying the causes of wars and how to prevent them. He is also noted for his pioneering work concerning fractals and a method for solving a system of linear equations known as modified Richardson iteration.

Lewis Fry Richardson was the youngest of seven children of the tannery entrepreneur David Richardson and his wife Catherine, née Fry; the family had been Quakers since the 17th century. After attending elementary school in Newcastle, he went to the Bootham School in York from 1894, which had been founded in 1823 for sons of wealthy Quakers. From 1898 he attended Durham College of Science in Newcastle for two years, where he studied mathematics, physics, chemistry, botany and geology. He graduated with an Associate of Science, comparable to the A-levels of today. He then went on to study at King’s College, Cambridge, without specializing in any particular science. In 1903 he passed Part I of the Tripos in Natural Sciences.

Weather forecasting dates back to the Babylonians, predicting weather from cloud patterns and astrology around 650 BC. Aristotle wrote about weather patterns in Meteorologica and later on, Theophrastus compiled a book on weather forecasting, called the Book of Signs. In 904 AD, Ibn Wahshiyya’s Nabatean Agriculture discussed the weather forecasting of atmospheric changes and signs from the planetary astral alterations, signs of rain based on observation of the lunar phases, and weather forecasts based on the movement of winds. 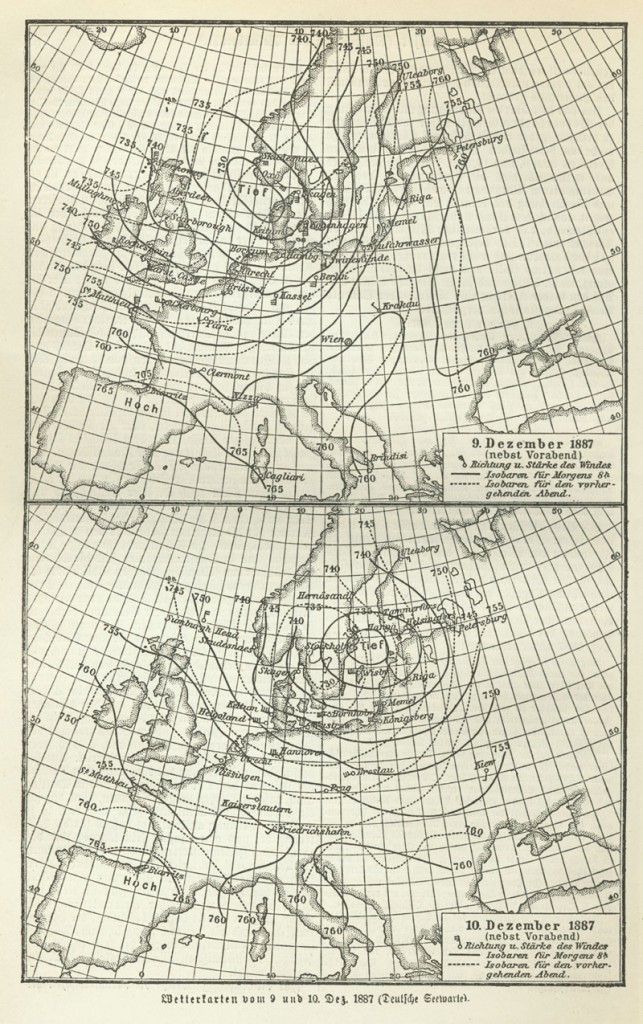 The age of modern weather forecasting began around the time of the invention of the electric telegraph in 1835. The reason is probably that the telegraph technology allowed reports of weather conditions from a wide area to be received almost instantaneously. The field of scientifically forecasting weather was first researched by Royal Navy Officer Francis Beaufort [4] and his protégé Robert FitzRoy.[5] In 1859 the loss of the Royal Charter due to a storm inspired Robert FitzRoy to develop charts to allow predictions to be made, which he called “forecasting the weather“, thus coining the term “weather forecast“. Daily weather forecasting started in 1861 in The Times.

Sooner or later, it became necessary to develop a standard vocabulary describing the clouds. It was Luke Howard who, in 1802, classified and described clouds. Weather prediction was further enhanced with the increasing knowledge of atmospheric physics.

In 1922, Lewis Fry Richardson published his influencing work “Weather Prediction By Numerical Process “. Richardson described how small terms in the prognostic fluid dynamics equations governing atmospheric flow could be neglected, and a finite differencing scheme in time and space could be devised, to allow numerical prediction solutions to be found. Richardson further envisioned a large auditorium of thousands of people performing the calculations and passing them to others. However, the huge amount of calculations required was too large to be completed without the use of computers, and the size of the grid and time steps led to unrealistic results in deepening systems. In later research, it was found, through numerical analysis, that this was due to numerical instability. The first computerized weather forecast was performed by a team led by the mathematician John von Neumann [6] and resulted in the paper Numerical Integration of the Barotropic Vorticity Equation, published in 1950. Five years later, the practical use of numerical weather prediction began in 1955, spurred by the development of programmable electronic computers.

Richardson became a lecturer in physics and mathematics at Westminster Training College. During this time he began a second course of study in psychology and mathematics (B.Sc. in psychology and mathematics 1925). He skipped the M.Sc. because it was considered a venal degree and graduated with a D.Sc. in 1926. In the same year he was appointed a Fellow of the Royal Society (F.R.S.), the highest scientific honor in Britain. In that year, however, Richardson also decided to leave physical-meteorological research for good and devote himself to psychology. Here he worked in his scarce free time mainly on questions of psychophysics.

In 1929 he became director of the Technical College in Paisley, Scotland. The board of directors could hardly believe his luck that an F.R.S. was interested in such a position, which was connected with an immense teaching obligation. After the Nazis “seized power” in Germany, the Richardsons helped a number of German emigrants to gain a foothold in Britain. Disturbed by the political situation, Lewis Richardson increasingly shifted his activities to peace research. In August 1939, a few weeks before the beginning of World War II, he visited Gdansk to see for himself what the situation was like and traveled back via Berlin. In February 1940, Richardson resigned his position at the Technical College to devote himself entirely to peace research. The board of directors allowed the family to continue living in the director’s house; because Richardson was now living on his savings, the family had to cut back considerably.