You are here: Home › explorer › William Dampier – The Buccanneer who became Explorer of Australia 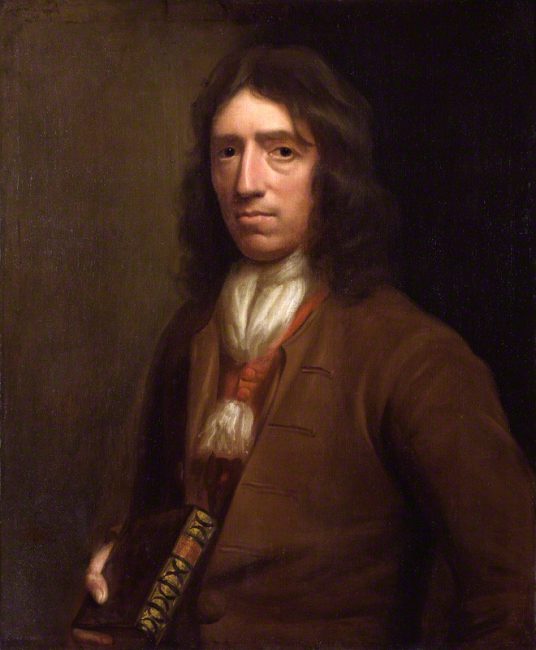 On September 5, 1651, British explorer and natural historian William Dampier was probably born. He was the first Englishman to explore parts of what is today Australia, and the first person to circumnavigate the world three times. He has also been described as Australia‘s first natural historian.

“Typhoons are a sort of violent whirlwinds. Before these whirlwinds come on… there appears a heavy cloud to the northeast which is very black near the horizon, but toward the upper part is a dull reddish color. The tempest came with great violence, but after a while, the winds ceased all at once and a calm succeeded. This lasted… an hour, more or less, then the gales were turned around, blowing with great fury from the southwest.”
— Captain William Dampier from A New Voyage Round the World (1697)

William Dampier – From Buccaneer to Explorer

William Dampier was the son of a farmer and took part in two voyages to Newfoundland and Java before joining the Royal Navy. In 1683, he joined a group of buccaneers bound for the Pacific by way of Cape Horn. Three years later he set out upon his first crossing of the Pacific as one of the crew of the Cygnet. Before the explorer returned to England, he also visited the Philippines and the islands of the eastern archipelago. He then returned along with his journals via the Cape of Good Hope. His experiences were written down in a book titled “A New Voyage Round the World” and were published in 1697 and 1699. They highly increased his reputation and he was given the command of the expedition prepared for exploring the south seas. Dampier was appointed captain of the 26-gun warship HMS Roebuck and sailed from England towards New Holland via the Cape of Good Hope [2,3].

Dampier followed the Dutch route to the Indies, reaching the Australian mainland and recorded some of the Australian flora and fauna. The crew then reached Lagrange Bay, recording further specimens. After a while however, the Roebuck was in such a bad shape, that caused the crew to founder on the homeward passage, preventing Dampier from pursuing his original plan of examining the seas east and south of New Guinea and depriving him of the honour of discovering the east coast of Australia. The ship ran aground in 1701 and the crew had to be picked up in order to return to England in April, 1701. Shortly after their return from the expedition, Dampier faced a law suit for removing his lieutenant, George Fisher, from the ship and jailing him in Brazil. He was charged for cruelty, docked his pay for the voyage, and dismissed from the Royal Navy [2]. 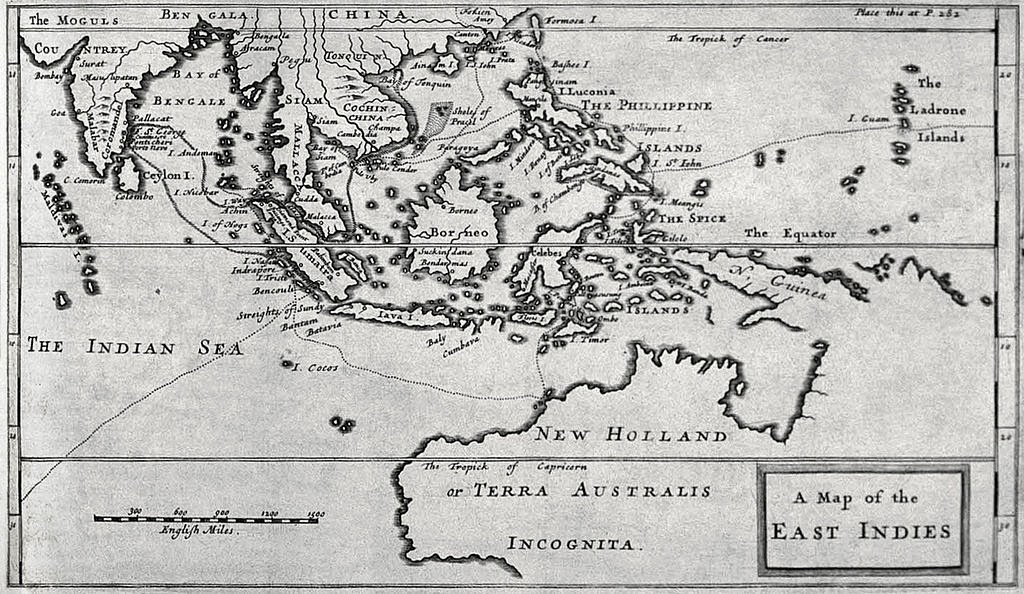 Commander of the St George

However, Dampier was appointed commander of the 26-gun ship St George, with a crew of 120 men to act against French and Spanish interests. Dampier and his men were successful in capturing a number of small Spanish ships along the coast of Peru. They were released later on and the St George was supposed to make an attempt on the Manila galleon, the main object of the expedition. The ship was sighted unprepared, but by the time the captain and his officers were done arguing over their way of attacking the ship, it got its guns fully loaded. The St George suffered severe damages and while only 30 men stayed on the ship, the rest of the crew took a captured barque across the Pacific to Amboyna in the Dutch settlements. The ship was highly undermanned and had to be abandoned in Peru and Dampier was able to return back to England at the end of 1707 [1,4].

Dampier’s last voyage began in 1708 and he was appointed sailing master on the privateer Duke under Woodes Rogers. During the mission, the Scottish sailor Alexander Selkirk was rescued and good worth of £19.2 million on this day were plundered. However, William Dampier died as a poor man around 1715. Even though Dampier’s sailing and leadership abilities were somewhat questionable, he was immensely popular as an author. Dampier set new standards in travel literature and influencing for instance Swift and Defoe.[5,6] His writings were acknowledged for their wealth of detail and were of interest in the field of science and literature [1,2].

Patricia O’Brien, English Colonialism & Piracy from the Atlantic to the Pacific [9]