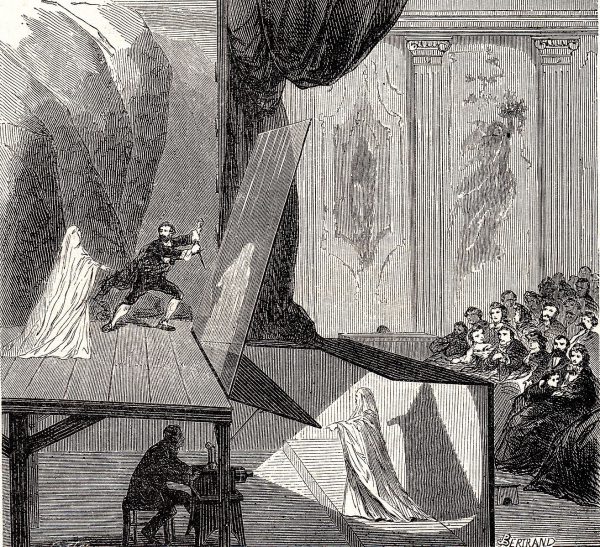 On June 17, 1821, British inventor John Henry Pepper was born. Pepper is primarily remembered for developing the projection technique known as Pepper’s ghost, building a large-scale version of the original concept invented by Henry Dircks, the Dircksian Phantasmagoria. Furthermore, he toured the English-speaking world with his scientific demonstrations. He also entertained the public, royalty, and fellow scientists with a wide range of technological innovations.

John Henry Pepper was born in Westminster, London and educated at King’s College School. He was highly influenced by the teachings of the chemist Thomas Cooper. At the age of around 19, Pepper became an assistant lecturer at the Grainger School of Medicine and he was elected Fellow of the Chemical Society. In 1847, Pepper delivered his first lecture at the Royal Polytechnic Institution. A few years later, he became the institution’s director. John Pepper became known as a great science performer and he used to demonstrate scientific technological innovations with the intention of entertaining and educating the audience about how they worked. Through his demonstrations, Pepper used these methods in order to expose the trickery behind deceptive magic. This way, Pepper also became known for the new technique that later became known as Pepper’s Ghost. 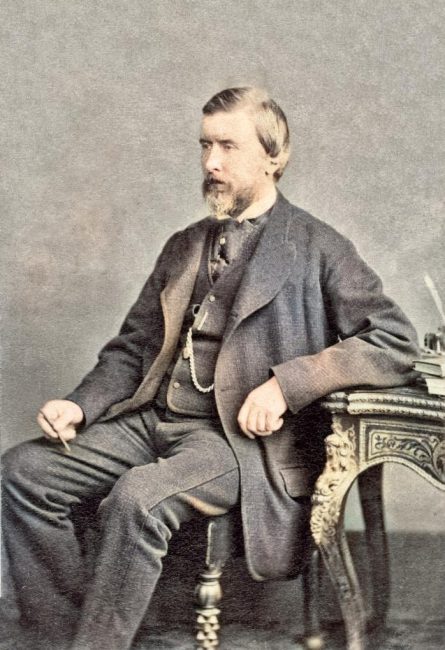 Pepper’s Ghost is an illusion technique that is used in theatre, amusement parks, or museums. The trick involves an audience that views either a room or a stage with several objects in it. Then, ghost-like objects appear on command and ‘magically’ fade in an out or objects in the room transform into different objects. The basis of the trick is that the stage or room is arranged in two rooms, one that people can see into or the stage as a whole, and a second that is hidden to the side, the “blue room”. In the main room, a plate of glass is placed at an angle that reflects the view of the blue room towards the audience. Since the lights in the main room are really bright and dark in the blue room, the reflected images cannot be seen. However, when the lighting in the blue room is increased, often with the main room lights dimming to make the effect more pronounced, the reflection becomes visible and the objects within the blue room seem to appear in thin air. A common variation uses two blue rooms, one behind the glass and one to the side, which can be switched visible or invisible by alternating the lighting.

The first known description of the Pepper’s ghost effect was published by the scientist Giambattista della Porta who in 1584 wrote about an illusion titled “How we may see in a Chamber things that are not“. More than 200 years later, the inventor Henry Dircks developed the Dircksian Phantasmagoria which involved making a ghost appear on stage. Dircks tried to sell his technology to theatres, which turned out to be highly unsuccessful since it required the theatres to be rebuilt in order to support the effect. At the Royal Polytechnic, John Pepper probably first saw the booth set up by Dircks. John Pepper quickly realized that the method could be modified to incorporate it into existing theatres and his implementation of the effect tied his name to it permanently. Eventually, Dircks signed over to Pepper all financial rights in their joint patent.

Notable examples of the application of the illusion are for instance the appearance of “Ghosts” at the Haunted Mansion and the “Blue Fairy” in Pinocchio’s Daring Journey at the Disneyland park in California. Also, teleprompters are modern implementation of Pepper’s ghost. The effect has also been used at concerts, for example the appearance of Tupac Shakur onstage with Dr. Dre and Snoop Dogg at the 2012 Coachella Music and Arts Festival and Michael Jackson at the 2014 Billboard Music Awards. In film, the technique was used in the 1990 movie Home Alone to show Harry with his head in flames as result of a blow torch from a home invasion gone bad.