You are here: Home › engineering › Isaac Singer and the Perfection of the Sewing Machine 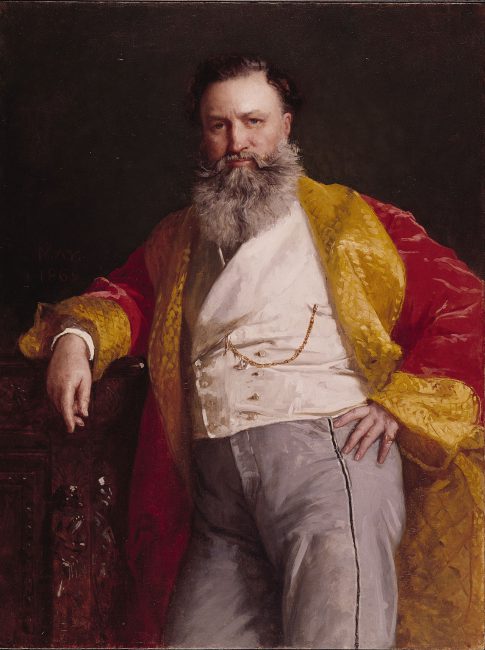 On July 23, 1875, American inventor, actor, and entrepreneur Isaac Merrit Singer passed away. He made important improvements in the design of the sewing machine and was the founder of the Singer Sewing Machine Company.

Isaac Singer was born in 1811 in Pittstown, New York, as the eighth child of the millwright Adam Reisinger. As he himself said in an interview in 1853, his parents were of “German origin”. In 1803 they had immigrated to the USA from the Palatinate. At the age of twelve, Singer left his parental home because “his stepmother’s temperament was not compatible with his will for freedom“. He went to Rochester and struggled with jobs building the Erie Canal. At the age of 19 he began an apprenticeship in a mechanic’s workshop, but left it after only four months to join a group of actors. He earned his living alternately as a mechanic and actor. He got married with Catherine Maria Haley in 1830. With her he had two children. The family moved to New York City.

From Travelling Theatre to Carving Machines

He joined a traveling theater group when he was 19 and continued his work as a machinist between performances. Singer invented a rock drill in 1839 and sold the patent for $2000 shortly after. He founded his own acting group and toured through the Unites States until they ran out of money. [3] Singer now managed to find financial supporters for his patented machine for carving wooden type for printing presses and he moved to Boston in order to work on his machine in Orson Phelp‘s machine shop. Phelps held a license to build sewing machines for the Lerow Blodgett Company. Unfortunately for Singer, his carving machine was not successful, because most printers had switched to metal type.

One day, Phelps asked Singer for help with one of his Lerow Blodgett sewing machines. The inventor agreed and immediately found ways to improve the machines. It is said that it took Singer only 11 days to create a new and significantly better machine compared with with Lerow & Blodgett’s. He redesigned the sewing machine in a way that it could stitch continuously in curved lines. He replaced the needle bar on an arm hanging over the table and introduced the foot pedal instead of a hand crank. Phelps, Singer, and the financial supporter Zieber formed a company and the inventor received a patent for his machine in 1851. [1]

As an inventor he was one of the few who were also successful as an entrepreneur. According to Andrew B. Jack, Singer’s merit for the sewing machine lay in the fact that 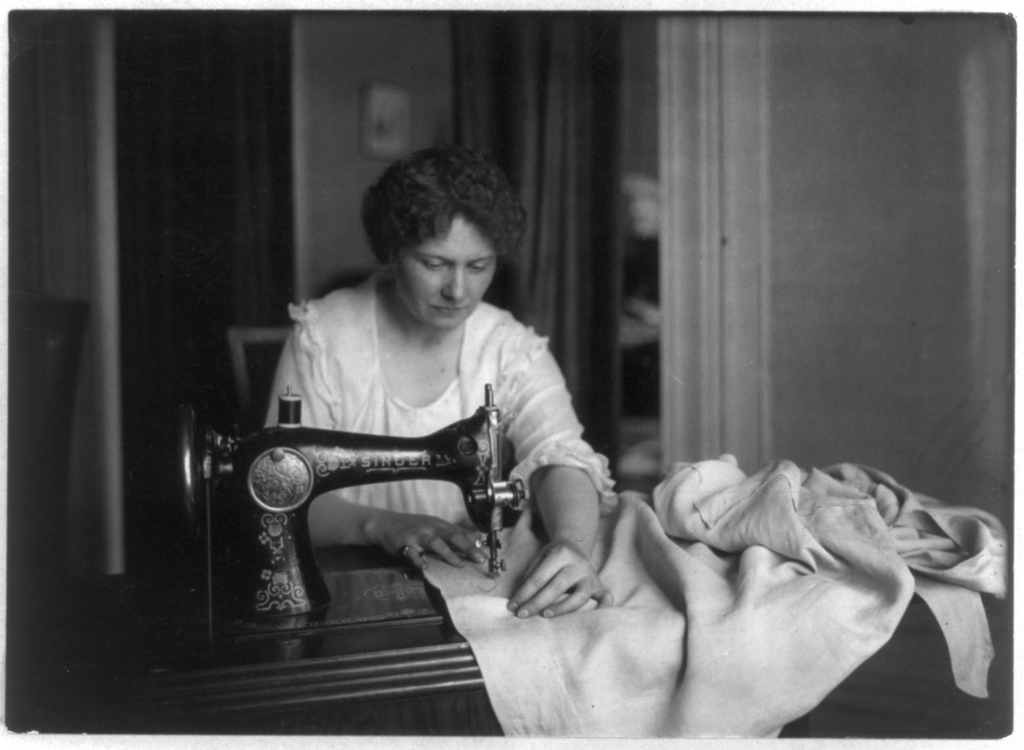 Shortly after, Singer got rid of his partners and sided with a lawyer named Clark, who helped the inventor through a series of law suits. A patent pool was then created by which all parties were able to profit. However, Singer’s profit was the largest since his machine enjoyed the most success on the market. Already in the early 1860s, Singer’s sewing machines turned out to be the most successful in the world. Many assume that the triumph on the market was due to the high quality of the machines as well as the liberal credit terms, the company offered to its customers. In 1863, the Singer Manufacturing Company was founded and Singer himself moved to England. At that time, Singer was no longer involved in the manufacturing process and he passed away on July 23, 1875. [1]

In 1855, a Singer sewing machine was awarded a first prize at the World’s Fair in Paris. The success of the machines grew even more, when the company opened large showrooms, for instance at the Broadway in New York City. The company also introduced interchangeable parts and reduced the machines’ size and weight through the years. By 1880, an Edison electric motor was used to drive some Singer sewing machines and large factories across Europe and the Americas have been opened. By 1927, the first Singer Sewing Centers opened, offering sewing courses and enjoying a large success as well.[2]

In June 1863 Singer – now at age 52 – married the 22-year-old Isabella Eugenie Summerville, née Boyer, whom he had met in Paris, and moved with his new family to Yonkers. In Yonkers, Singer had a new villa, “The Castle”, built. Meanwhile, his new family grew: with his wife Isabelle, he had six children together. Because of Singer’s lifestyle, he was denied an active role in New York society. In 1866 the family therefore left the USA to settle in France. He lived with his family in Paris until the Franco-Prussian War of 1870/71 and emigrated to England during the war. There he stayed in London for a while, but soon moved to Devon for health reasons and built his “wigwam”, the Oldway Mansion in Paignton, Devon, but was not to live to see it move in. He suddenly fell ill with pneumonia in May 1875, a millionaire dividing his $14 million fortune unequally among 20 of his children by his wives and various mistresses; one son, who supported his mother in her divorce case, received $500.