You are here: Home › mathematics › Hypatia – the first Woman in Mathematics 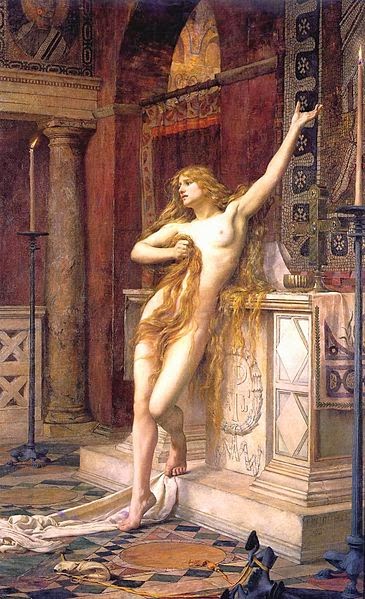 The Neoplatonian philosopher Hypatia of Alexandria, Egypt, was the first well-documented woman in mathematics. Her actual date of birth is unknown, although considered somewhen between 350 and 370 AD. She was the head of the Platonist school at Alexandria and additionally taught philosophy and astronomy.

There is little news about Hypatia’s life and work. Hypatia’s father was the astronomer and mathematician Theon of Alexandria, the last scientist known by name in the Museion of Alexandria, a famous government-funded research centre. Hypatia was probably born around 355, for at the time of her death she was, as the chronicler Johannes Malalas reports, already an “old woman”, presumably about sixty years old.[3] She seems to have spent her whole life in her home town of Alexandria. She received mathematical and astronomical training from her father. Later she participated in his astronomical work. Who her philosophy teacher was is unknown.

After completing her education, she began to teach mathematics and philosophy herself. According to the Suda, she combined rhetorical talent with a prudent, thoughtful approach. Socrates of Constantinople reports that listeners have come to her from everywhere. Some of her students were Christians. The most famous of them was Synesius, who studied philosophy and astronomy with her in the last decade of the 4th century. Damaskios reports that Hypatia wore the philosopher’s mantle (tríbōn) and travelled the city to teach publicly and interpret the teachings of Plato or Aristotle or any other philosopher to anyone who wanted to hear them.

Philosophy should not be taught to Anyone

It is known that people from far away came just to be taught by her and she hosted numerous public lectures, open for everyone who wanted to hear about her research in philosophy, mathematics and astronomy. Unfortunately, many contemporary scientists disliked this behavior, thinking that philosophy should not be taught to anyone who was not adequately educated and that teachers should not just ‘walk around’ town and teach anything openly, especially not women. Hypatia also hosted events with only very small groups of people, who were prohibited to talk about anything that was discussed during these meetings.

A Cynical View of the World

An anecdote handed down in the Suda also points in this direction, according to which she showed a pupil in love with her her menstrual blood as a symbol of the impurity of the material world, in order to drastically show him the questionability of his sexual desire. The disregard for the body and physical needs was a feature of the neoplatonic world view. Although the anecdote may have originated in legend, it may have a true core; in any case, Hypatia was known not to shy away from consciously provocative behavior. This is also an indication of a cynical element in their philosophical stance: cynics used to shock in a calculated way in order to bring about knowledge.

In addition to the subject matter that Hypatia taught to the public, there were also secret teachings that were to be reserved for a smaller circle of students. This is evident from the correspondence of Synesius, who repeatedly reminds his friend and classmate Herkulianos of the commandment of secrecy (echemythía) and accuses Herkulianos of not having kept it. Synesios refers to the Pythagorean imperative of silence; the transmission of secret knowledge to unqualified persons leads to such vain and incomprehensible listeners in turn passing on what they have heard in a distorted form, which ultimately leads to a discrediting of philosophy in public.

Even though it is not clear, how old Hypatia exactly was when she passed away, but her life sure ended quickly. She was murdered in spring of 415 or 416, which also is not clear. The assumed motives for the crime were personal, religious and political. During the second half of the 4th century, religious fights between Christians and followers of other rituals got more frequent. The fights escalated and Cyril of Alexandria is assumed to have spread false rumors about Hypatia whom he disliked due to her religious and political believes. However, many people of Alexandria were spurred on to take revenge on the woman. She was carried into a church, brutally killed and finally burnt. 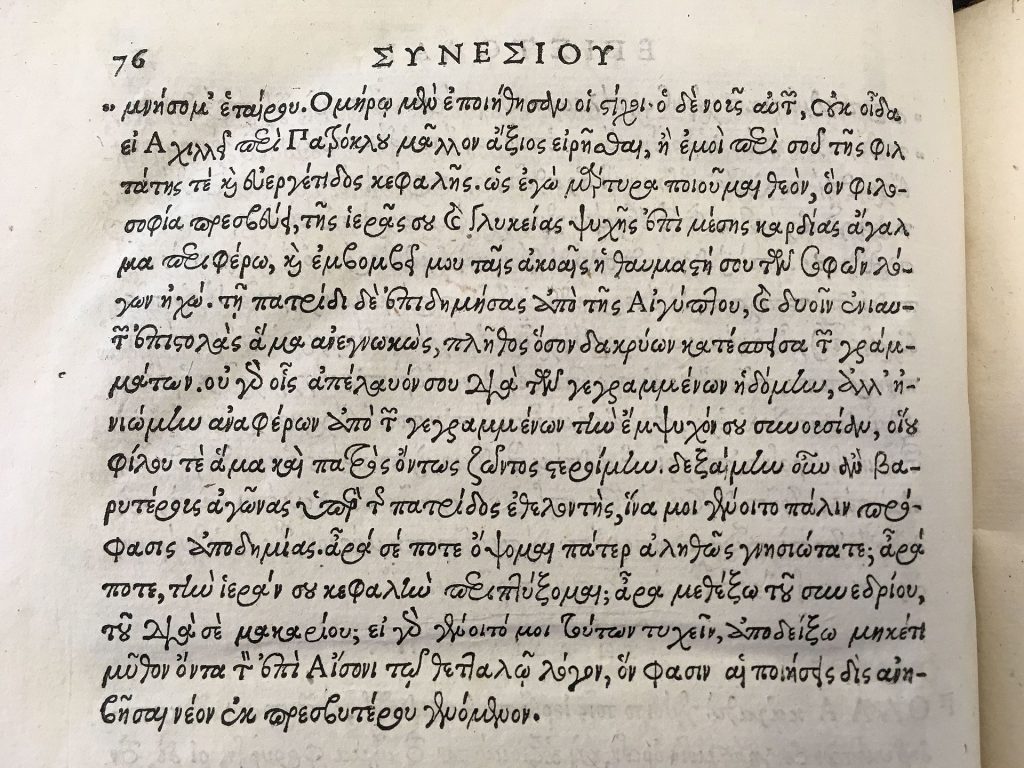 During her life time, Hypatia published next to her teaching activities several works on mathematics and astronomy, especially in the field of arithmetics and conic sections. Unfortunately, not a single publication by Hypatia was found and therefore historians have no proof that she published them up to this day. Clear is however, that her father described Hypatia’s achievements in various works and that her brilliance was admired by many. The question of which direction of New Platonism Hypatia belonged to is answered differently in research. Since the sources do not provide anything, only hypothetical considerations are possible. According to one assumption, the philosopher placed herself in the tradition of Iamblicho and accordingly conducted theurgy. According to the contrary opinion she was rather part of the direction of Plotin and Porphyrios, which postulated a salvation of the soul by its own power through spiritual striving for knowledge.

But despite the many critics during her life time and today, Hypatia was respected for her scientific achievements by numerous scientists. Also in later years, authors and scientists discussed the case of Hypatia. Voltaire once even described her as one of the earliest distributors of the thoughts of the Enlightenment and saw her murder as a proof of the church’s fanaticism. Historians assume on this day that her sudden death caused a great gap concerning her fields of study and especially the role of women in science. Even Bertrand Russel‘s wife, Donna Russel, published a scientific work on Hypatia’s history and her achievements. Based on Hypatia’s life, many musical and literary works were published and performed throughout history, including novels, operas and poems.

At yovisto academic video search, you may be interested in a video lecture by Professor Maria Dzielska, who discusses Hypatia’s achievements at Poland’s Embassy in Washington D.C.