You are here: Home › physics › Sir Hermann Bondi and the Steady State Theory 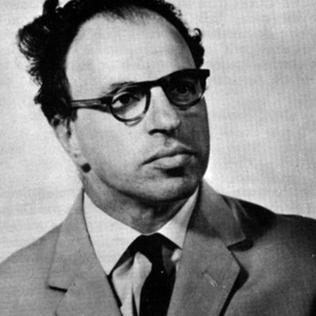 On November 1, 1919, Anglo-Austrian mathematician and cosmologist Sir Herman Bondi was born. Bondi is best known for developing the Steady State theory of the universe with Fred Hoyle [4] and Thomas Gold as an alternative to the Big Bang theory. Their model was rendered obsolete, when in 1965, Arno Penzias and Robert Wilson detected a background microwave radiation from all directions in space, as predicted by the “Big Bang” theory of creation that is now accepted.

“A theory is scientific only if it can be disproved. But the moment you try to cover absolutely everything the chances are that you cover nothing.”
— Sir Hermann Bondi,  Assumption and Myth in Physical Theory (1967)

Hermann Bondi was born in Vienna as the son of heart specialist Samuel Bondi and attended a Realgymnasium in Vienna. Bondi studied at Trinity College, Cambridge University, from 1937. In 1940 he was Senior Wrangler in the Tripos examinations. He had arrived in England in 1937 and thus escaped from the growing anti-semitism in Austria. After World War II started, Bondi was interned on the Isle of Man and in Canada as a friendly enemy alien. Next to Bondi, further internees included Thomas Gold, with whom he then became lifelong friends, and Max Perutz. In 1941, Gold and Bondi were released and began working with Fred Hoyle on radar at the Admiralty Signals Establishment.

From 1945 to 1954, Bondi lectured mathematics at the University of Cambridge. During that period, Bondi, Hoyle and Gold came up with the famous Steady State theory. The theory was an alternative to the Big Bang model of the evolution of the universe. It means that the density of matter in the expanding universe remains unchanged due to a continuous creation of matter, thus adhering to the perfect cosmological principle. The principle asserts that the observable universe is basically the same at any time as well as at any place. The theory was eclipsed by the rival Big Bang theory with the discovery of the cosmic microwave background.

Problems with steady state theory first arose in the late 1960s, when observations supported the assumption that galaxies change over cosmological periods. Quasars and radio galaxies had been found only in distant galaxies. This contradicts the core idea of steady-state theory that the universe looks the same at all times.

Most cosmologists see Steady State theory as refuted because of the discovery of background radiation in 1965, predicted by the Big Bang theory. Stephen Hawking said that the discovery of the microwave background and the suspicion that it was associated with the Big Bang was the last nail to the coffin of Steady State theory. In steady-state theory, the microwave background is the result of light from old stars scattered by dust clouds. However, this theory has not convinced most cosmologists, as the microwave background is very uniform, making point-like sources unlikely. Furthermore, the microwave background shows no polarization, which is usually a consequence of light scattering. In addition, its spectrum is so close to that of an ideal black body that it can only be difficult to produce by superimposing the radiation of different dust clouds of different temperatures at different redshifts. Today’s precision measurements of the radiation, together with the results of sky surveys, confirm this.

Hermann Bondi became further known for the Bondi radiation coordinates, the Bondi k-calculus, the notions of Bondi mass and Bondi news. He further popularized the sticky bead argument which was said to be originally due, anonymously, to Richard Feynman. Bondi also contributed to the theory of accretion of matter from a cloud of gas onto a star or a black hole, working with Raymond Lyttleton and giving his name to Bondi accretion and the Bondi radius. Bondi, originally a mathematician, also dealt with magic squares together with Kathleen Ollerenshaw – they showed in 1982 the completeness of Bernard Frénicle de Bessy’s enumeration of magic squares of order 4. Bondi wrote some popular science books, including an introduction to relativity which consistently relies on space-time diagrams to explain it.

In 1954 he became a professor at King’s College London and became Emeritus Professor in 1985. At the Royal Astronomical Society, Bondi was secretary from 1956 to 1964.