You are here: Home › architecture › Living as a Work of Art – Henry van de Velde and Art Nouveau 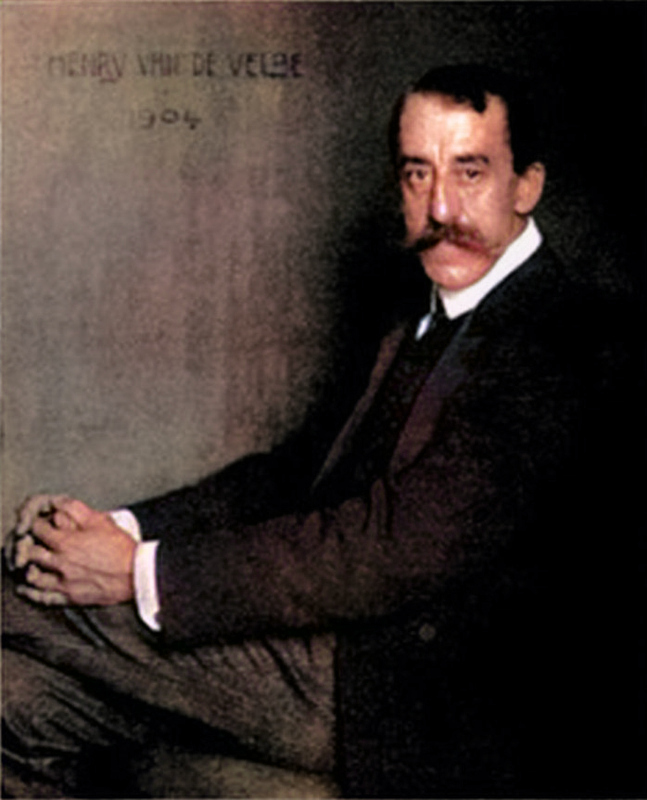 On April 3, 1863, Belgian painter, architect, and interior designer Henry van de Velde was born. Together with Victor Horta and Paul Hankar, he is considered one of the founders of Art Nouveau in Belgium. Van de Velde spent the most important part of his career in Germany and became a major figure in the German Jugendstil. He had a decisive influence on German architecture and design at the beginning of the 20th century.

“Art is the wondrous ornament of life. It can be nothing else, because the essence of all arts is to adorn.”
– Henry van de Velde

Henry van de Velde was born in Antwerp, Belgium, as the sixth of eight children, into a family of pharmacists. His father, the wealthy Brussels Guillaume Charles van de Velde, organized festivals for famous international composers on the side. Henry van de Velde studied painting in Antwerp with Charles Verlat from 1882. In 1884/85 he worked with the portraitist Émile Auguste Carolus-Duran in Paris, where he first joined the Impressionist painters’ group L’Art Indépendant. From 1888 he became a member of the artists’ association Les Vingt, to which Auguste Rodin, James Ensor and Paul Signac also belonged.

A Crisis of Artistic Meaning

“A feeling of restlessness and lack of satisfaction dominated us so generally around 1890,” wrote Henry van de Velde in his Kunstgewerbliche Laienpredigten (published in German in 1902). The resulting crisis of artistic meaning caused him to abandon his career as a painter around 1893/1894 and turn to architecture and applied art. His meeting with Maria Sèthe, his future wife, was instrumental in this change. They collaborated on a number of projects together, including designing wallpapers and female clothing. Their first house, Bloemenwerf in Ukkel, was Van de Velde’s first attempt at architecture and was inspired by the British Arts and Crafts Movement. Its exterior closely resembled the The Red House of William Morris. Maria Sèthe designed the garden surrounding the house.[2] Henry Van de Velde also designed interiors and furniture for the influential art gallery “L’Art Nouveau” of Samuel Bing in Paris in 1895. the shop from which Art Nouveau took its name. He participated in Bing’s pavilion at the Paris Universal Exposition of 1900 and showed his own work. 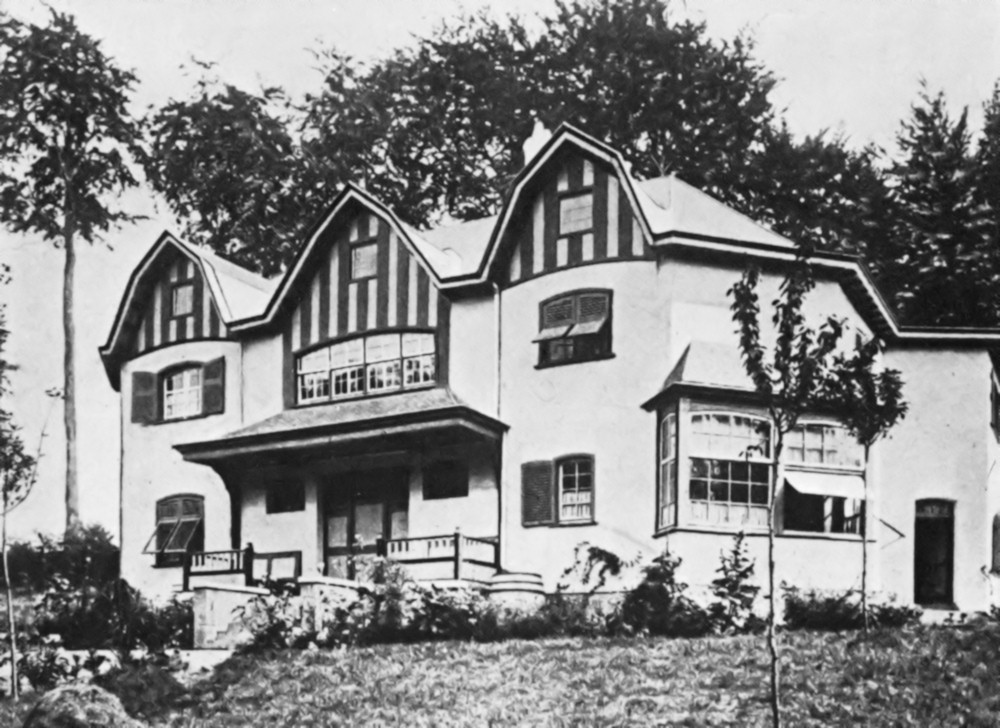 The Line as Sole Means of Expression

Van de Velde elevated the line to the sole means of expression of his objects, exemplarily heightened to a sculptural form, it appears in the famous candelabras of 1898, which were made for his friend and patron Harry Graf Kessler. In 1900 Karl Ernst Osthaus, founder of the Folkwang Museum, contacted van de Velde and presented him with his idea of a museum that would give art in the industrial region of the Ruhr a higher status. Van de Velde accompanied the museum project, designed the interior in Art Nouveau and advised Osthaus, who had previously been mainly interested in 19th century German painting from the area around the Düsseldorf School of Painting, also on purchases of Belgian and French works of art. At the end of 2013, various objects designed by him from the Osthaus family estate in Munich were auctioned off, including a silver belt buckle decorated with Ceylon moonstones and diamond roses, a cabinet from the music room, and a Havana armchair from 1897.

Henry van de Velde in the studio above the floor plan of the new pastorate building in Riga, around 1911

Shortly after the turn of the century van de Velde became director of the Grand Ducal Saxon School of Applied Arts in Weimar. He was also commissioned by Grand Duke Wilhelm Ernst to take special care of the product culture of the arts and crafts and industry in the country, which soon worked successfully according to his designs. The planning and construction period for the buildings designed by the architectural autodidact van de Velde in Art Nouveau lasted from 1904 to 1911. In 1902, a “Van de Velde Room” was set up in the Exhibition Palace on the occasion of the Düsseldorf Industrial and Commercial Exhibition. From 1908 to 1909 he also redesigned the interior of Lauterbach Palace in Art Nouveau style. Construction orders from the Grand Duke failed to materialize.

Van-de-Velde-Building in Weimar, home of the art faculty of the Bauhaus-University

A Nucleus for the Bauhaus School

Van de Velde worked successfully as an architect for private clients. In Weimar, a planned monumental Nietzsche monument, a summer theatre for the Berlin actress Louise Dumont and a restaurant at the excursion destination Webicht were no longer realized. From 1914 to 1916, at the request of his friend Harry Graf Kessler, van de Velde ran the Cranach-Presse in Weimar, which Kessler had founded, during his conscription to military service in World War I. The school of arts and crafts was closed in 1915 due to the war. Van de Velde left Germany in 1917. As a member of an “anti-war nation”, he had to endure political pressure at times. For example, he allegedly had to report to the police in Weimar three times a day at times, although he had a German passport. After 1919, the Kunstgewerbeschule became the nucleus of the Bauhaus school. 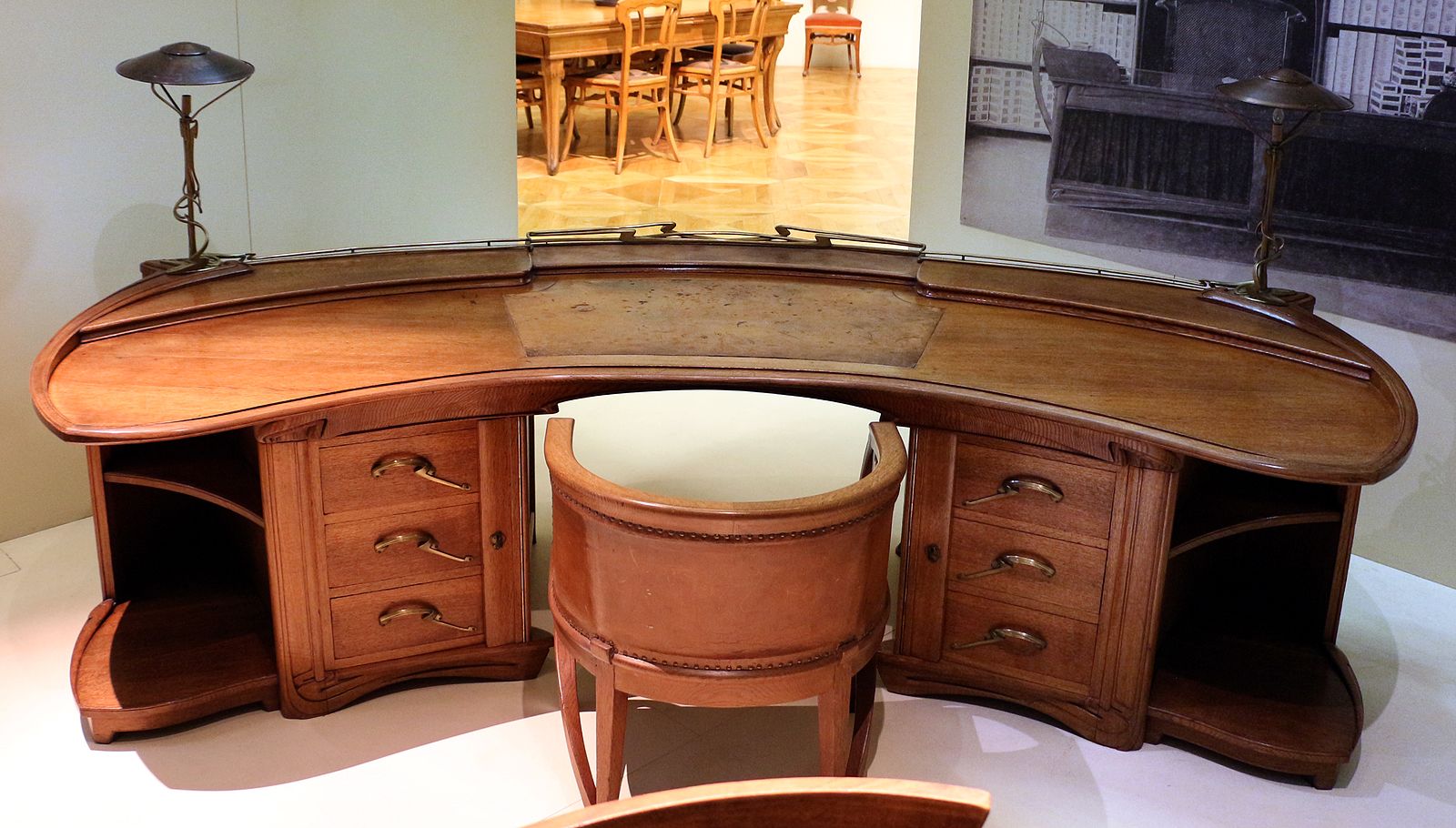 In summer 1918 van de Velde bought the former Hotel Schloss in Uttwil, where his family followed him in November 1918. From 1920 to 1926 he designed a private museum in Otterlo in the Netherlands as an architect for the patronage couple Kröller-Müller, but it was not completed until 1938 as a temporary solution. In 1925 he was appointed professor of architecture at the University of Ghent and one year later became director of the newly founded Institut Supérieur des Arts Décoratifs (ISAD) in Brussels. The new start in Belgium was not easy. For years after the First World War, Van de Velde was still attacked as a Germanophile and accused of alleged German nationality.

In 1936 he was retired, but still took part in two world exhibitions, the World Exhibition in Paris in 1937 and the 1939 New York World’s Fair. In 1939 van de Velde was appointed a member of the Belgian Royal Commission of Monuments and Landscapes. Because of his activities as Conseiller esthétique de la reconstruction, as advisor for reconstruction under the German military administration, the 83-year-old was again met with hostility in Belgium after the Second World War. He was accused of collaboration and had to submit to appropriate proceedings, which were discontinued after a short time. In 1947 he withdrew to Switzerland at Lake Aegeri. His estate was left behind in Brussels, but was partly taken into exile by friends to write his “Life Journey“. Van de Velde died in 1957 at the age of 95 after a short illness in a hospital in Zurich. His ashes were quietly buried beside his wife’s grave in the cemetery of Tervuren near Brussels. He had already designed his own gravestone in 1943.