You are here: Home › astronomy › Heinrich Olbers and the Olbers’ Paradox 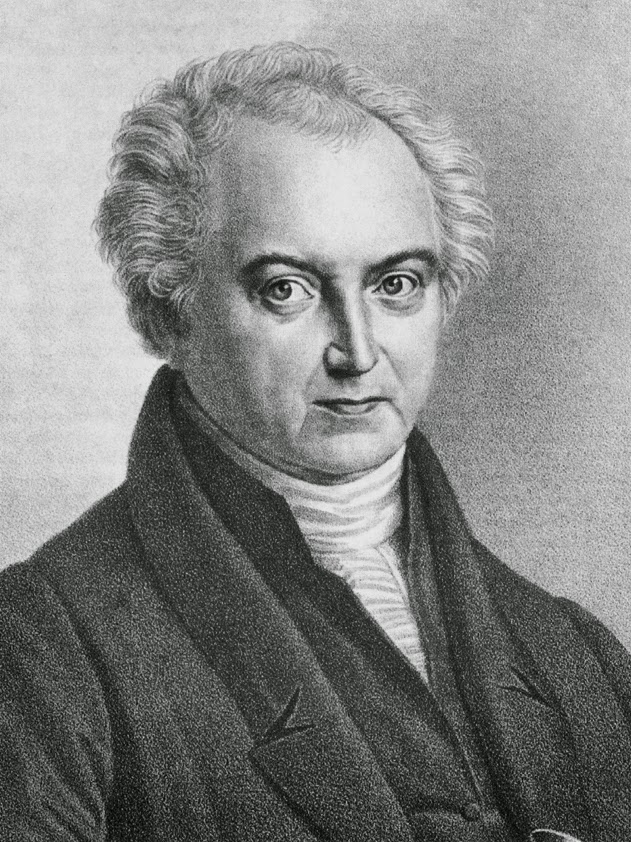 On October 11, 1758, German physician and astronomer Heinrich Wilhelm Matthias Olbers was born. Besides his discovery of comets and minor planets, Olbers is best known for his new method to calculate the velocity of falling stars. Maybe you have also heard of the famous Olbers’ paradox, which asks “why is the night sky dark if there are so many bright stars all around to light it?”

Heinrich Olbers was born in Arbergen, today part of Bremen, Germany, as eighth of the sixteen children of Johann Georg Olbers, a Protestant minister. In 1777, after finishing the Gymnasium Illustre in Bremen, he went to the University of Göttingen to study medicine to become a physician. But, already as a schoolboy, Olbers developed an appreciation for astronomy. He was fascinated by the great comet of 1769 and also took additional lectures in physics, mathematics, and astronomy while studying medicine in Göttingen. It was during those years that he developed an interest in comets, an interest he retained for the rest of his life. In 1779 Olbers devised a new method of calculating the orbits of comets. In medical school Olbers specialized in the emerging field of ophthalmology (the study of the function and treatment of eyes) and wrote his dissertation on how the eye shifts its focus. After his graduation in 1780, he began practicing medicine in Bremen and quickly drew a large clientele. At night he dedicated his time to astronomical observation, making the upper story of his home into an observatory, where he pointed telescopes out of two large bay windows, and started with the collection of a private library of astronomical books. Actually, his astronomy library had more than 4,000 items, and it is now considered one of the most extensive private collections in all of Europe.

He took a leading role in the search for a planet between Mars and Jupiter. On March 28, 1802, Olbers discovered and named the asteroid Pallas, the second asteroid to be identified after Giuseppe Piazzi‘s discovery of Ceres in 1801.[4] Actually, it was Carl Friedrich Gauss, who sent Olbers on the hunt for asteroids. Gauss, who had attempted to calculate the orbit of the newly discovered Ceres, asked Olbers to look for Ceres one year after its discovery, in the location Gauss had predicted.[3] Olbers spotted Ceres in the location predicted by Gauss, thus proving the mathematician correct. The event that initiated a lifelong friendship between the two men. Five years later, on March 29, 1807, he discovered the asteroid Vesta, which he allowed Gauss to name. As the word “asteroid” was not yet coined, the literature of the time referred to these minor planets as planets in their own right. Because Johann Elert Bode’s law,[5] which gave the sequence of planetary distances in terms of a numerological formula, implied that there should be a planet between Mars and Jupiter, Olbers proposed that asteroids are the broken-up remnants of a medium-sized planet that once orbited in the asteroid belt region.[1] The current view of most scientists is that tidal effects from the planet Jupiter disrupted the planet-formation process in the asteroid belt.

After that Olbers returned to comet hunting. By the end of his life he had found four new comets and calculated the orbits of eighteen others. Olbers also hypothesized, correctly, that matter ejected by a comet‘s nucleus is swept back into a tail by the force of the sun.[2] On March 6, 1815, Olbers also discovered a periodic comet, now named after him. After the death of his wife in 1820, Olbers retired from his medical practice to become a full-time astronomer. In 1823 he addressed a complex phenomenon that still bears his name, the “Olbers’ paradox“, which asks “Why is the sky dark at night?” If one assumes that the universe is infinite and contains an infinite number of unchanging stars, then it stands to reason that the sky should be lit up continuously by stars too numerous to count. The paradox, however, is that this description does not match with what we observe. Olbers attempted an explanation for this, one which we now know is only partially correct. He theorized that interstellar space is not transparent, but contains dust which absorbs energy from the stars, preventing some of their light from reaching us on Earth. But, there are more arguments to answer the question: The number of stars in the universe is not infinite. There simply are not enough stars in the sky to keep it lit up day and night. Moreover, we now know that the universe is not unchanging, but that it is expanding and galaxies are moving apart.

Olbers was held in great esteem by his contemporaries. He was deputed by his fellow citizens to assist at the baptism of Napoleon II of France on June 9, 1811, because his hometown Bremen was part of the French empire by that time (1811-1813). He was also a member of the corps legislatif in Paris 1812–1813. In 1804 he was elected a Fellow of the Royal Society of London, a Foreign Honorary Member of the American Academy of Arts and Sciences in 1822, and in 1827 a foreign member of the Royal Swedish Academy of Sciences. In 1840, Olbers died in Bremen aged 81. He was twice married, and one son survived him.