You are here: Home › archeology › Harriet Boyd Hawes and the Minoan Culture 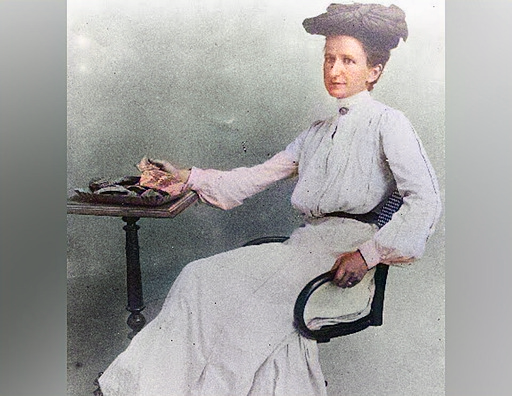 On October 11, 1871, American archaeologist, nurse, and relief worker Harriet Boyd Hawes was born. Hawes is best known as the discoverer and first director of Gournia, one of the first archaeological excavations to uncover a Minoan settlement and palace on the Aegean.

Harriet Ann Boyd Hawes was the daughter of leather merchant Alexander Boyd and had four older brothers. Her mother Harriet Fay Wheeler Boyd died when she was a child. She was probably first introduced to the study of Classics by her older brother, Alex. She graduated from Smith College in Northampton in 1892 with a bachelor’s degree in Classics. After graduating, Hawes was occupied as a teacher for several years and further pursued her studies in Classics at the American School of Classical Studies in Athens. In 1897 she registered as a nurse during the Turkish-Greek War and worked in Thessaly and in 1898 during the Spanish-American War in Florida. In 1899 she received the Agnes Hoppin Memorial Fellowship from the American School of Classical Studies at Athens, endowed with 1000 US dollars.

Self Financed Field Work in Crete

When Harriet Boyd Hawes asked her professors in Greece to be allowed to participate in the school’s archaeological fieldwork she was instead encouraged to become an academic librarian. However, Harriet did not accept this and decided to finance her excavation with the money from her scholarship. And thus Hawes began to search of archaeological remains on the island of Crete by herself. Back then, Crete was still in the process of emerging from the war and was not exactly safe. Hawes visited the excavation of Knossos led by British archaeologist Arthur Evans,[5] who suggested she explore the region of Kavousi. During that period, Harriet Hawes soon established a reputation as one of the experts in the field of archaeology.

Harriet Hawes led an expedition for four months in 1900 at Kavousi. There she discovered settlements and cemeteries of Late Minoan IIIC, Early Iron Age, and Early Archaic date at Vronda and Kastro. During that period, she dug a test trench at the site of Azoria, the most important Ancient Greek site in the region, evidently an early city. Azoria is now under renewed excavation as part of a major five-year project. 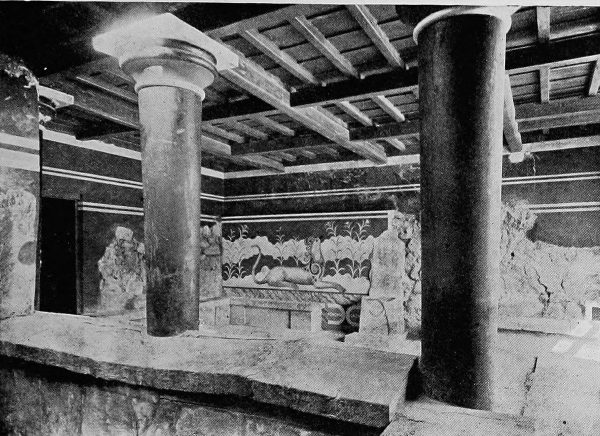 Harriet Hawes returned to the United States and accepted a position at Smith College teaching Greek Archaeology, epigraphy, and modern Greek. She described the excavation finds in her master’s thesis and was awarded the Master of Arts degree by Smith College in 1901, where she kept teaching at Smith until 1905 next to completing frequent trips abroad for archaeological excursions.

Between 1901 and 1904 Harriet Boyd Hawes returned to Crete where she discovered and excavated the Minoan town at Gournia. She became the first known woman to direct a major field project in Greece and her crew consisted of over 100 workers. Hawes became the first archaeologist to discover and completely excavate an Early Bronze Age Minoan town site. She was assisted by Edith Hall Dohan. In 1902 Hawes described her discovery during a lecture tour of the United States and was the first woman to speak before the Archaeological Institute of America. In her work The report of her findings, titled Vasiliki and Other Prehistoric Sites on the Isthmus of Hierapetra, Harriet Hawes published her findings.

In the following years, Hawes kept excavated many more Bronze and Iron Age settlements in the Aegean and became a recognized authority on the area. In 1910, Smith College bestowed on her an honorary doctorate. From 1920 until 1936 she lectured at Wellesley College on pre-Christian art.

In 1916 Harriet Boyd-Hawes again served as a volunteer nurse in a hospital for cholera and typhus patients on the island of Corfu. From 1919 to 1936 she lived with her husband in Boston and Cambridge until she moved into her old age home, a small farm in Alexandria, Virginia. When Charles Hawes died in 1943, Harriet went to a nursing home in Washington D.C. where she died of peritonitis on March 31, 1945.