You are here: Home › physics › Hannes Alfvén – the Father of Plasma Physics 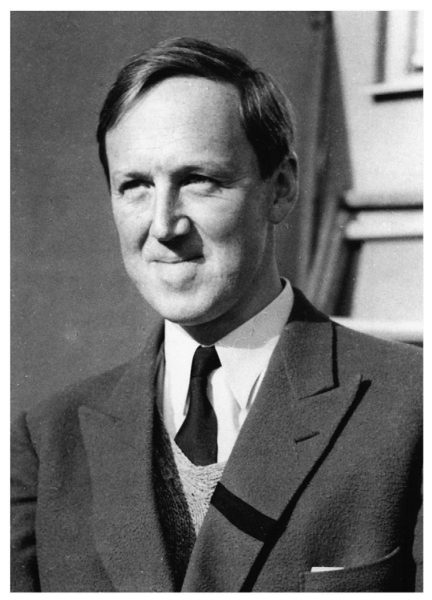 On May 30, 1908. Swedish electrical engineer, plasma physicist, and Nobel laureate Hannes Alfvén was born. Alfvén won the 1970 Nobel Prize in Physics for his work on magnetohydrodynamics (MHD). He described the class of MHD waves now known as Alfvén waves. Alfvén made many contributions to plasma physics, including theories describing the behavior of aurorae, the Van Allen radiation belts, the effect of magnetic storms on the Earth’s magnetic field, the terrestrial magnetosphere, and the dynamics of plasmas in the Milky Way galaxy.

“In order to understand the phenomena in a certain plasma region, it is necessary to map not only the magnetic but also the electric field and the electric currents. Space is filled with a network of currents which transfer energy and momentum over large or very large distances. The currents often pinch to filamentary or surface currents. The latter are likely to give space, as also interstellar and intergalactic space, a cellular structure.”
– Hannes Alfvén [7]

Hannes Alfvén was born in Norrköping in 1908. His parents, Johannes Alfvén and Anna-Clara Romanus, were both practicing doctors. His uncle Hugo Alfvén was a well-known composer and conductor. From 1926 Alfvén studied physics and philosophy at the University of Uppsala, where he received his doctorate in 1934 for his “Study of ultrashort electromagnetic waves“. In the same year he began teaching physics at his university. In 1937 he got a job at the Nobel Institute of Physics in Stockholm, in 1940 he was appointed professor for electromagnetic theory and electrical measurements at the Royal Institute of Technology. Five years later, Alfvén was made Chair of Electronics and during the 1950s, Alfvén  became a Fulbright Scholar at the University of Maryland. Hannes Alfvén left Sweden during the 1960s and after a time in the Soviet Union, Alfvén moved to the United States working at the University of California, San Diego and the University of Southern California.

Alfvén argued that if plasma pervaded the universe, it could then carry electric currents capable of generating a galactic magnetic field in 1937. For many years however, his research work was disputed by the senior scientist in space physics, the British mathematician and geophysicist Sydney Chapman. It is believed that Alfvén’s trouble with Sydney Chapman resulted from issues with the peer review system. When Alfvén submitted a paper on the theory of magnetic storms and auroras to the American journal Terrestrial Magnetism and Atmospheric Electricity only to have his paper rejected on the ground that it did not agree with the theoretical calculations of conventional physics of the time. Hannes Alfvén was then regarded a person with unorthodox opinions in the field by many physicists. In 1967, his theoretical work on field-aligned electric currents in the aurora was confirmed in 1967, today these currents are known as Birkeland currents. Alfvén received the Nobel Prize in Physics in 1970 “for his fundamental achievements and discoveries in magnetohydrodynamics with fruitful applications in various parts of plasma physics”.

The Idea of a Plasma Universe

Alfvén was a member of the Royal Swedish Academy of Sciences (Stockholm) and one of the few scientists of his time who were also members of the American and Soviet Academy of Sciences. He also became known as an opponent of the Big Bang theory: Alfvén already defended the later confirmed theory in 1963 that the universe contained a wide-ranging, fibrous structure (filaments), which clearly spoke for him against a Big Bang. He thought the idea of a plasma universe was the most plausible, but it could not prevail.

In 1991, Alfvén retired as professor of electrical engineering at the University of California, San Diego and professor of plasma physics at the Royal Institute of Technology in Stockholm. Alfvén spent his later adult life alternating between California and Sweden. He died on April 2, 1995, at the age of 86.