You are here: Home › literature › Gothic – The Life and Works of Percy Bysshe Shelley 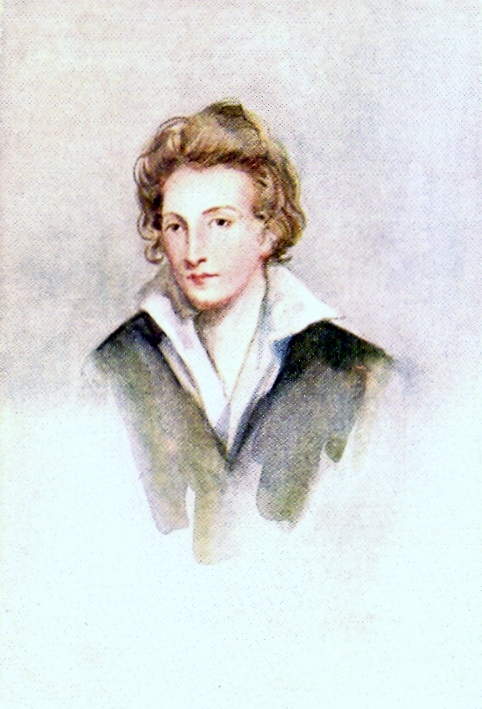 On July 8 1822 the great English Romantic poet Percy Bysshe Shelley drowned near the Italian coast. He was one of the major English Romantic poets and is critically regarded as among the finest lyric poets in the English language. Shelley was famous for his association with John Keats and Lord Byron. And actually he was married with novelist Mary Wollstonecraft Shelley, the author of the famous ‘Frankenstein‘.[1]

“When the lamp is shattered
The light in the dust lies dead —
When the cloud is scattered,
The rainbow’s glory is shed.”
— Percy Bysshe Shelley, When the Lamp is Shattered (1822)

Born August 4, 1792, at Field Place, Sussex, England, Percy Shelley was the eldest son of Timothy and Elizabeth Shelley, with one brother and four sisters, he stood in line to inherit not only his grandfather’s considerable estate but also a seat in Parliament. He attended Eton College for six years and then went on to Oxford University. He began writing poetry while at Eton, but his first publication was the Gothic novel ‘Zastrozzi‘ in 1810, in which he voiced his own heretical and atheistic opinions through the villain Zastrozzi.

The Necessity of Atheism

In 1811, Shelley got expelled from Oxford after less than a year’s enrollment for the publication of a pamphlet entitled “The Necessity of Atheism.” Shelley could have been reinstated with the intervention of his father, but this would have required his disavowing the pamphlet and declaring himself Christian. Shelley refused, which led to a complete break between Shelley and his father. This left him in dire financial straits for the next two years, until he came of age.

“O wild West Wind, thou breath of Autumn’s being,
Thou, from whose unseen presence the leaves dead
Are driven, like ghosts from an enchanter fleeing,
Yellow, and black, and pale, and hectic red,
Pestilence-stricken multitudes.”
— Percy Bysshe Shelley, Ode to the West Wind, 1819

Shelley fled to Scotland with the only 16 years old Harriet Westbrook. Once married, they moved to the Lake District of England to study and write. Two years later he published his first long serious work ‘Queen Mab: A Philosophical Poem‘. The poem emerged from Shelley’s friendship with the political philosopher William Godwin and by that he also became enamored of Mary, the daughter of Godwin and Mary Wollstonecraft. In 1814 Shelley abandoned his wife Harriet, now pregnant with their son Charles and (in imitation of the hero of one of Godwin’s novels) he eloped to Switzerland with Mary, then also only 16, inviting her stepsister Claire Clairmont (also 16 years old) along because she could speak French. But only after six weeks, out of money, they had to return to England again.

In May 1815 the couple famously spent a summer with Lord Byron,[2] John William Polidori, and Claire Clairmont near Geneva, Switzerland, where Shelley spent a great deal of time together with Lord Byron, sailing on Lake Geneva and discussing poetry and other topics, including ghosts and spirits, into the night. During one of their ghostly “seances,” Byron proposed that each person present should write a ghost story. Mary’s contribution to the contest became the seminal novel ‘Frankenstein: or The Modern Prometheus‘. The 1986 film ‘Gothic‘ by director Ken Russel is referring to this incident at Lake Geneva.

Shelley is perhaps best known for classic poems such as Ozymandias, Ode to the West Wind, To a Skylark, Music, When Soft Voices Die, The Cloud and The Masque of Anarchy. His other major works include a groundbreaking verse drama The Cenci (1819) and long, visionary, philosophical poems such as Queen Mab (later reworked as The Daemon of the World), Alastor, The Revolt of Islam, Adonaïs, Prometheus Unbound (1820) – widely considered to be his masterpiece – Hellas: A Lyrical Drama (1821), and his final, unfinished work, The Triumph of Life (1822).

In December 1816 Harriet Shelley apparently committed suicide. Three weeks after her body was recovered from a lake in a London park, Shelley and Mary Godwin officially were married. Then, early in 1818, he and his new wife left England for the last time. During the remaining four years of his life, Shelley produced all his major works, including ‘Prometheus Unbound‘. On July 8, 1822, shortly before his 30th birthday, Shelley drowned in a storm while attempting to sail from Leghorn to La Spezia, Italy, in his schooner, the Don Juan.

Shelley became a lodestone to the subsequent three or four generations of poets, including important Victorian and Pre-Raphaelite poets such as Robert Browning and Dante Gabriel Rossetti. He was admired by Oscar Wilde,[3] Thomas Hardy, George Bernard Shaw, Leo Tolstoy, Bertrand Russell, W. B. Yeats, Upton Sinclair and Isadora Duncan

“A traveller from the cradle to the grave
Through the dim night of this immortal day.”
— Percy Bysshe Shelley, Demogorgon, Act IV, l. 549, 1822