You are here: Home › archeology › Giuseppe Fiorelli’s Excavations in Pompeji 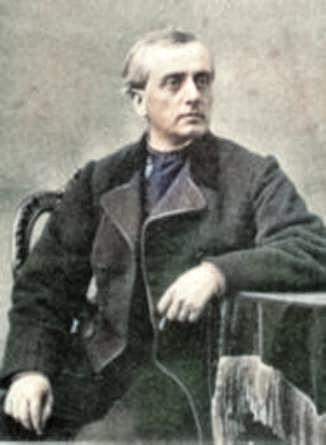 On June 8, 1823, Italian archaeologist Giuseppe Fiorelli was born. Fiorelli’s systematic excavation at Pompeii, the ancient Roman town-city near modern Naples that was buried under volcanic ash and pumice in the eruption of Mount Vesuvius in 79 AD, helped to preserve much of the ancient city as nearly intact as possible and contributed significantly to modern archaeological methods.

Giuseppe Fiorelli was born in Naples, Italy, and not much is known about his childhood or his education. Beginning in 1845, Fiorelli directed excavations in Pompeii, conducting them strictly according to scientific principles. The antique Roman town of Pompeii was buried when the nearby, supposedly extinct, volcano Vesuvius erupted in AD 79, covering the town and its inhabitants in many tons of pumice and volcanic ash [2,3]. The disaster remained in people’s minds for many years but was eventually forgotten, until the exploration of the ancient site started in an area called ‘Civita’, in 1748.[4] The first time any part of them was unearthed was already in 1599, when the digging of an underground channel to divert the river Sarno ran into ancient walls covered with paintings and inscriptions. The architect Domenico Fontana was called in; he unearthed a few more frescoes, then covered them over again, and nothing more came of the discovery. 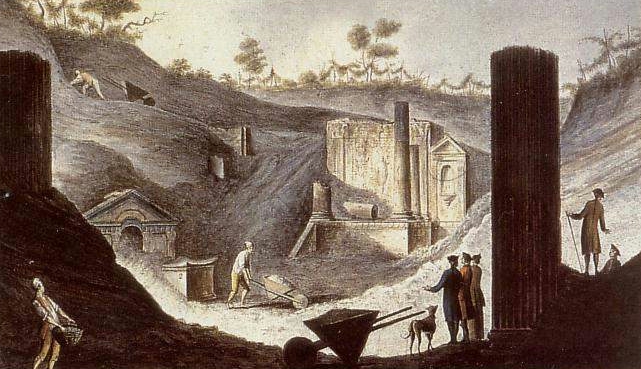 Political Prisoner and the Stratigraphical Approach

Fiorelli’s initial work at Pompeii was completed in 1848. He was then imprisoned for some time because his radical approach to archaeology and strong nationalist feelings landed him in trouble with the king of Naples, Ferdinand II. During his time as a political prisoner, he produced a three volume work entitled History of Pompeian Antiques (1860–64), and was not restored until the occupation of the kingdom by Victor Emanuel in 1860. As a professor of archaeology at Naples University and director of excavations (1860–75), he established the meticulous method of studying archaeological sites layer by layer. Instead of uncovering the streets first, in order to excavate the houses from the ground floor up, he imposed a system of uncovering the houses from the top down – a better way of preserving everything that was discovered.[4] He founded a training school where foreigners as well as Italians could learn archaeological technique and made a particular study of the materials and building methods used in Pompeii. 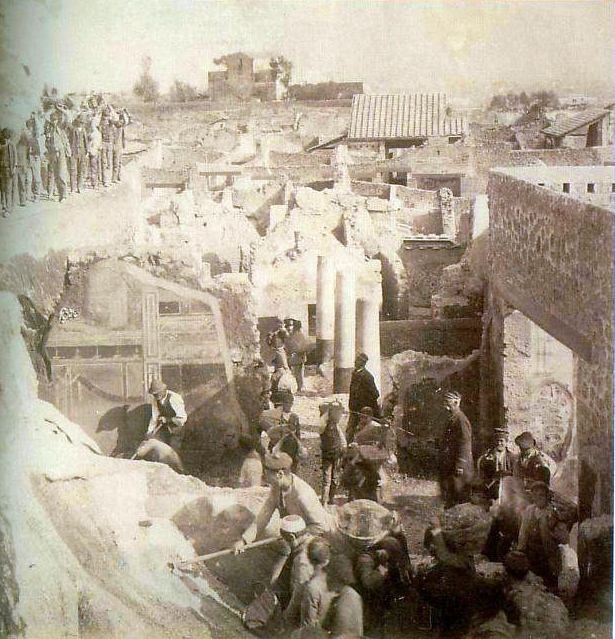 Recreating the Shapes of the Victims

During early excavations of the site, occasional voids in the ash layer had been found that contained human remains. It was Fiorelli who realized these were spaces left by the decomposed bodies and so devised the technique of injecting plaster into them to recreate the forms of Vesuvius’s victims. This technique is still in use today, with a clear resin now used instead of plaster because it is more durable, and does not destroy the bones, allowing further analysis

Director of the Pompeji Excavations

Fiorelli was also director of the Naples National Archaeological Museum from 1863 and director general of Italian Antiquities and Fine Arts in Rome from 1875 until his death in 1896. Giuseppe Fiorelli directed the Pompeii excavation from 1863 to 1875 — introducing an entirely new system for the project. Instead of uncovering the streets first, in order to excavate the houses from the ground floor up, he imposed a system of uncovering the houses from the top down — a better way of preserving everything that was discovered.

Human plaster cast of the cavity in the solidified rock, found on 5 February 1863, photographed by Giorgio Sommer

Fiorelli is most famous for his plaster casts, produced by a process named after him: the Fiorelli process. He realised that where a corpse had been buried in ash, it had rotted over time and a cavity remained. Whenever an excavator discovered a cavity, plaster of Paris was poured in and left to harden. The ash around the plaster was then carefully removed, so that a plaster replica of a person at the moment of their death remained. This process gave information about how people had died in the eruption, what they were doing in their final moments and what sort of clothing they wore. A recent innovation in this technique has been used to obtain a cast of the body of a woman found in the ruins at Oplontis near Torre Annunziata. The cast was made using glass fibre, which allowed the skeleton to be seen along with some of the jewels the woman was wearing as she attempted to escape.[5]

Life & Death in Pompeii and Herculaneum with Dr. Paul Roberts | Behind the Glass Lecture, [11]