You are here: Home › physics › Charles Barkla and X-Ray Characteristics of the Chemical Elements 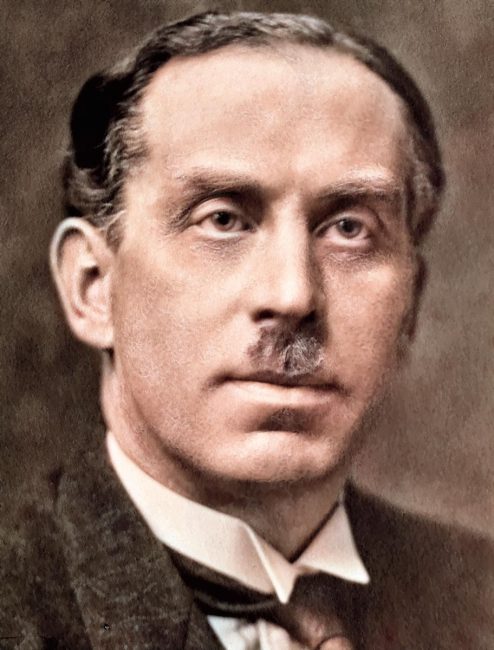 On June 7, 1877, British physicist Charles Glover Barkla was born. Barkla received the Nobel Prize in Physics for his work in X-ray spectroscopy. In particular for his work on X-ray scattering. This technique is applied to the investigation of atomic structures, by studying how X-rays passing through a material and are deflected by the atomic electrons.

Charles Barkla was born in Widnes, England, to John Martin Barkla, a secretary for the Atlas Chemical Company, and Sarah Glover, daughter of a watchmaker. Barkla studied at the Liverpool Institute and proceeded by Liverpool University with a County Council Scholarship and a Bibby Scholarship. In 1899, he started at Trinity College, Cambridge to work in the Cavendish Laboratory under the physicist J. J. Thomson, the physicist who had discovered the electron [4] With Thompson, Barkla studied the velocity of electromagnetic waves along wires of different widths and materials. At King’s College, Cambridge, Barkla earned his Bachelor of Arts degree in 1903 and his Master’s degree four years later. In 1902 Barkla was appointed Oliver Lodge Fellow in Liverpool, later becoming an assistant lecturer in physics. He became Physics Lecturer in Advanced Electricity in Liverpool in 1907 but two years later was appointed Wheatstone Professor of Physics at King’s College in the University of London.[2] He was appointed Professor of Natural Philosophy at the University of Edinburgh in 1913.

Around 1902, Charles Barkla’s first worked on Röntgen radiation was published. He discovered the homogeneous radiations characteristic of the elements and Barkla managed to show that these elements had their characteristic line spectra in X-ray and he was the first to show that secondary emission is of two kinds, one consisting of X-rays scattered unchanged, and the other a fluorescent radiation peculiar to the particular substance. When an electron from the inner shell of an atom is excited by the energy of a photon, it moves to a higher energy level. When it returns to the low energy level, the energy which it previously gained by the excitation is emitted as an electron which has a wavelength that is characteristic for the element (there could be several characteristic wavelengths per element). Analysis of the X-ray emission spectrum produces qualitative results about the elemental composition of the specimen. Comparison of the specimen’s spectrum with the spectra of samples of known composition produces quantitative results (after some mathematical corrections for absorption, fluorescence and atomic number).

The Polarization of X-Rays

Barkla further discovered the polarisation of X-rays and made contributions to the present knowledge on the absorption and photographic action of X-rays. His later work demonstrated the relation between the characteristic X-radiation and the corpuscular radiation accompanying it. Charles Barkla further demonstrated the applicability and the limitation of the quantum theory in relation to Röntgen radiation. His discoveries were recorded in several papers which have appeared mainly in the Transactions and Proceedings of the Royal Society. For his discovery of the characteristic X-rays of elements, Barkla was awarded the Nobel Prize in Physics in 1917. He was also awarded the Hughes Medal of the British Royal Society that same year. In 1913, after having worked at the Universities of Cambridge, Liverpool, and King’s College London, Barkla was appointed as a Professor of Natural Philosophy at the University of Edinburgh in 1913, a position that he held until his death.