You are here: Home › history › The Council of Constance puts an end to the Three-Pope-Controversy 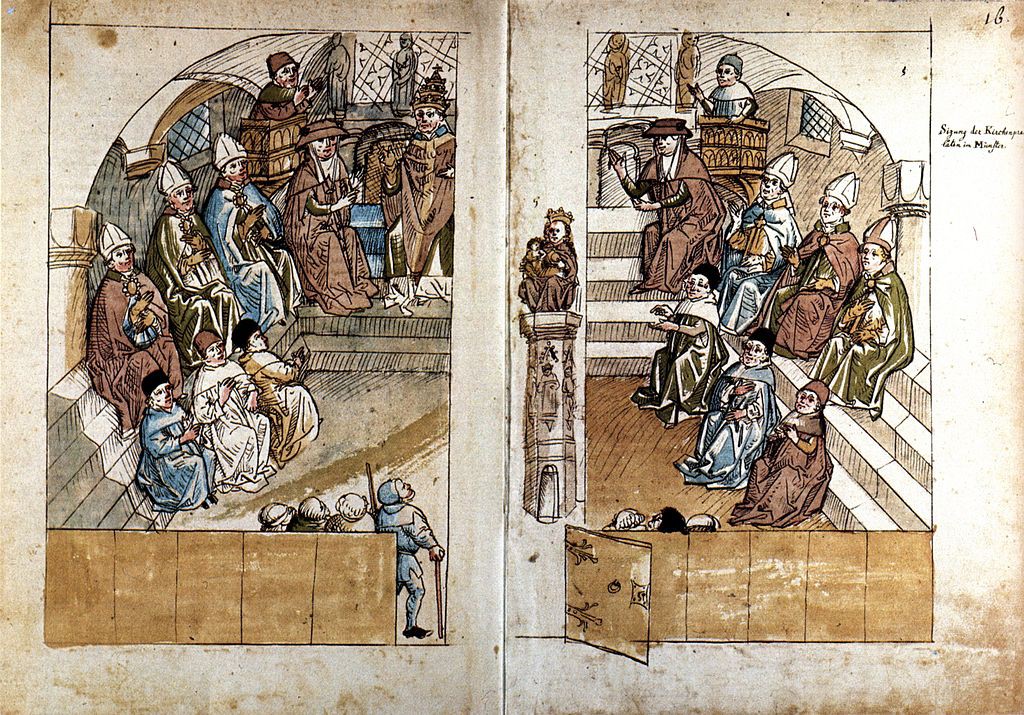 Bishops debating with the pope at the Council of Constance

On April 22, 1418, the Council of Constance ended, which should put an end to the Three-Popes Controversy, by deposing or accepting the resignation of the remaining Papal claimants and electing Pope Martin V. The Council also condemned as a heretic and facilitated the execution by the civil authority of Czech priest, philosopher, and early Christian reformer Jan Hus.

The Council of Constance

The main purpose of the Council of Constance was to end the Papal schism which had resulted from the confusion following the Avignon Papacy. The Avignon Papacy names the period from 1309 to 1377, during which seven successive popes resided in Avignon, in France, rather than in Rome. This situation arose from the conflict between the Papacy and Philip IV of France, who tried to put the French clergy under his direct control. When Clement V, a Frenchman, was elected Pope in 1305, Clement declined to move to Rome, remaining in France, and in 1309 moved his entire court to the papal enclave at Avignon, where it remained for the next 67 years. Finally, on September 13, 1376, Gregory XI abandoned Avignon and moved his court to Rome, officially ending the Avignon Papacy. The Avignon Papacy had developed a reputation for corruption that estranged major parts of Western Christendom.

Despite Gregory’s return and his death in 1378, the breakdown in relations between the cardinals and Gregory’s successor, Urban VI, gave rise to the Western Schism, a split within the Roman Catholic Church from 1378 to 1417. This started a second line of Avignon popes, now regarded as illegitimate and known as antipopes. The second and final Avignon antipope, Benedict XIII, lost most of his support in 1398. Following five years of siege by the French, he fled in 1403 to Perpignan. Driven by politics rather than any theological disagreement, the schism was ended by the Council of Constance in 1417, after only two popes had reigned in opposition to the Papacy in Rome.

In 1409, a church council was held at Pisa under the auspices of the cardinals trying to solve the split, but it added to the problem by electing another incumbent, Alexander V, who only reigned briefly and was succeeded by John XXIII. Finally, the Pisan pope John XXIII, supported by Sigismund, King of Germany and Hungary and many others, called for the council at Constance in 1414 to resolve the issue. The council of Constance was attended by roughly 29 cardinals, 100 “learned doctors of law and divinity,” 134 abbots, and 183 bishops and archbishops. This was endorsed by the Roman pope Gregory XII, thus ensuring the legitimacy of any election. The council secured the resignations of John XXIII and Gregory XII, who resigned in 1415, while excommunicating the French pope Benedict XIII, who refused to step down. The Council then elected Pope Martin V, essentially ending the schism. Nonetheless, the Kingdom of Aragon did not recognize Martin V and continued to recognize Benedict XIII. Archbishops loyal to Benedict XIII subsequently elected Antipope Benedict XIV and three followers simultaneously elected Antipope Clement VIII, but the Western Schism was by then practically over. 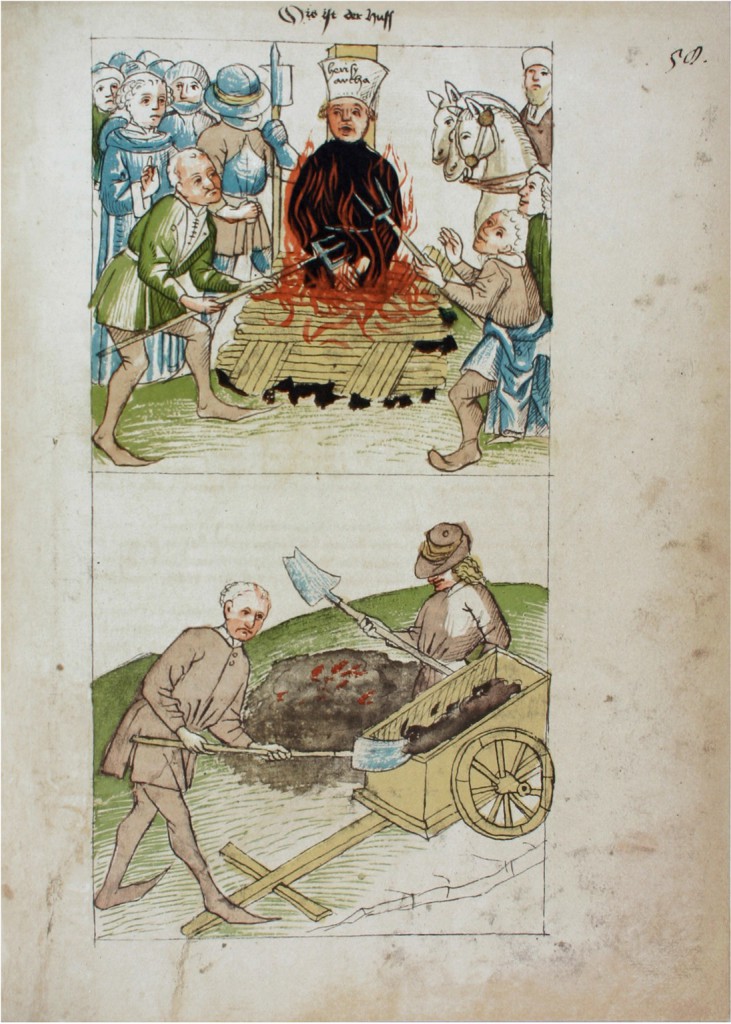 Another goal of the council was to continue the reforms begun at the Council of Pisa that were largely directed against English Scholastic philosopher and theologian John Wycliffe and Czech priest and Christian reformer Jan Hus, as well as their followers. Hus was a key predecessor to the Protestant movement of the sixteenth century, and his teachings had a strong influence on the states of Europe, most immediately in the approval of a reformist Bohemian religious denomination, and, more than a century later, on Martin Luther himself. Jan Hus, summoned to Constance under a letter of safe conduct, was found guilty of heresy by the council and turned over to the secular court. The secular court sentenced him to the stake in 1415. After his death, the followers of Hus’s religious teachings (known as Hussites) rebelled against their Roman Catholic rulers and defeated five consecutive papal crusades between 1420 and 1431 in what became known as the Hussite Wars.