You are here: Home › transportation › Georges Nagelmackers and the Orient Express

Georges Nagelmackers was born into a family of bankers, but was enthusiastic about railways early, and was educated as a civil engineer. After a failed love, he was given the chance to travel across the United States of America in order to recover from his lovesickness and continue his studies. During the 10 months, Nagelmackers traveled in the U.S., he also experienced train travel on Pullman carriages. Nagelmackers was convinced to bring the concept to Europe as well. 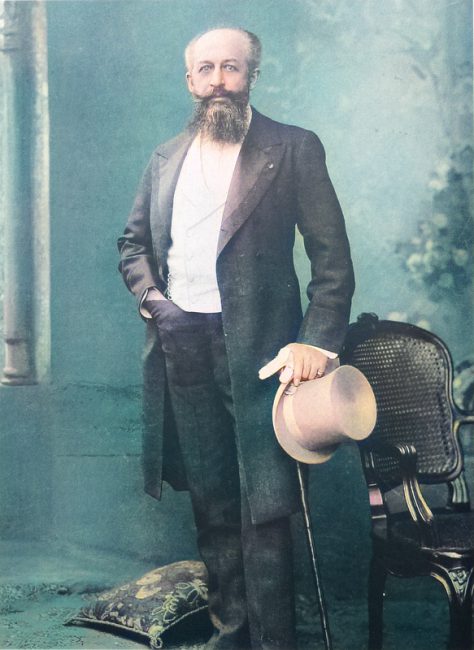 Georges Nagelmackers, founder of CIWL and initiator of the Orient-Express

…to the European Market

With the merging of the railroad networks, which initially developed in isolation in the European states from around 1850 onwards, there was a need for international train connections without changing trains at border stations. In 1870, Georges Nagelmackers proposed to develop sleeper carriages for the European market. Independently of this, the national railroad administrations began to introduce cross-border express trains. The earliest known continuous train connection along the route of the later Orient-Express is a train that ran between Paris and Vienna in 1867, taking two nights and one day to complete the route when leaving Paris in the evening. The connection was in great demand after the temporary interruption caused by the Franco-Prussian War of 1870/71 and was one of the first connections on which Nagelmackers began to realize his idea of a European luxury train network.

Extending the Connections through Europe

On October 4, 1872, Nagelmackers founded the Compagnie de Wagons-Lits, which soon signed the first contracts for sleeping cars between Ostend and Cologne, Ostend and Berlin, and Vienna and Munich with the respective railroad companies. Lack of money soon forced Nagelmackers to accept the American investor William d’Alton Mann into the company, which was renamed Mann’s Railway Sleeping Carriage Co. Ltd. after three months. Mann and Nagelmackers succeeded in 1874 in establishing the first sleeping car course from Paris to Vienna. The cars were carried along in normal express trains, then called courier trains. By 1876 Mann had lost interest in the continental sleeping car business and Nagelmackers was able to pay him off. On December 4, 1876, he founded the still existing Compagnie Internationale des Wagons-Lits (CIWL) in Brussels, whose main shareholder became the Belgian King Leopold II. CIWL quickly began to expand its network of sleeping car courses.

In the Ottoman Empire, the Compagnie des Chemins de fer Orientaux founded by Baron Maurice de Hirsch had begun building lines from Thessaloniki and Constantinople from 1869 onwards to open up the European part of the Ottoman Empire and to connect it to the European railroad network. The Principality of Bulgaria, founded at the Berlin Congress in 1878 and nominally still under the jurisdiction of the Ottoman Empire, had to take over the further construction of the Orient Railway lines as part of the congress contracts. Romania and Serbia, which were able to achieve complete sovereignty at the Berlin Congress, also built railroad lines with the aim of creating connections with Central Europe. In 1878 the first CIWL sleeping car course was introduced from Vienna via Budapest, Szeged with the already existing Tisza Bridge and Temesvár to Orșova, where there were connections to Danube ships. The good business development of CIWL and the growing rail network towards the Balkans led Nagelmackers to develop plans for a train composed entirely of CIWL cars.

The Orient Express, initially known as the Express d’Orient, first set off from the Gare de l’Est in Paris on June 5, 1883, heading east as a luxury train in the first coach class at the time. However, the new carriages with bogies ordered by CIWL were not yet available, so that most of the cars were still three-axle. Only one CIWL sleeping car was already equipped with four axles and bogies. Nagelmackers therefore initially refrained from a grand opening, which only followed when the new sleeping and dining cars with bogies built by CIWL’s own workshops and the Munich wagon factory Josef Rathgeber were delivered. The travel time from Paris to Constantinople was 81 hours and 40 minutes.

The Legend of the Orient Express

On June 1, 1889, the first direct train to Istanbul left Paris (Gare de l’Est). Istanbul remained its easternmost stop until 1977. The eastern terminus was the Sirkeci Terminal by the Golden Horn. Ferry service from piers next to the terminal would take passengers across the Bosphorus to Haydarpaşa Terminal, the terminus of the Asian lines of the Ottoman Railways. During World War I, the service of the Orient Express halted. The Orient Express became so successful that several parallel services were running. It acquired its reputation from comfort and luxury, carrying sleeping-cars with permanent service and restaurant cars known for the quality of their cuisine. Royalty, nobles, diplomats, business people and the bourgeoisie in general patronized it. Each of the Orient Express services also incorporated sleeping cars which had run from Calais to Paris, thus extending the service right from one edge of continental Europe to the other. 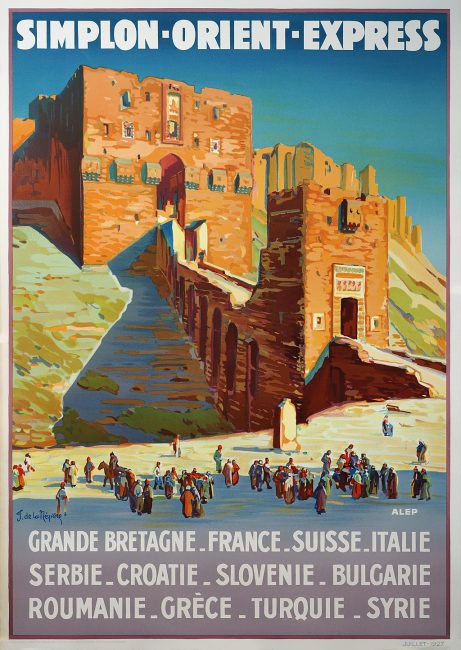 Advertising poster for the Simplon-Orient-Express

However, after the start or World War II, the service was interrupted and it was not able to resume until 1945. But the closure of the border between Yugoslavia and Greece prevented services from running until 1951, but then the closure of the Bulgarian–Turkish border from 1951 to 1952 further prevented services running to Istanbul. After the Iron Courtain fell across Europe, the Communist nations increasingly replaced the Wagon-Lits cars with carriages run by their own railway services.

In the 1960s and 1970s, further cuts had to be made and after the withdrawal of the Paris–Athens direct service many saw the end of the Orient Express. However, a service bearing its name continued to run from Paris to Budapest and Bucharest as before until 2001. Until 14 December 2009, the Orient Express ran daily between Strasbourg and Vienna. The discontinuation of this night train marked the end of the scheduled Orient-Express after 126 years.