You are here: Home › geology › Georg Wüst and the Motion of Water Masses 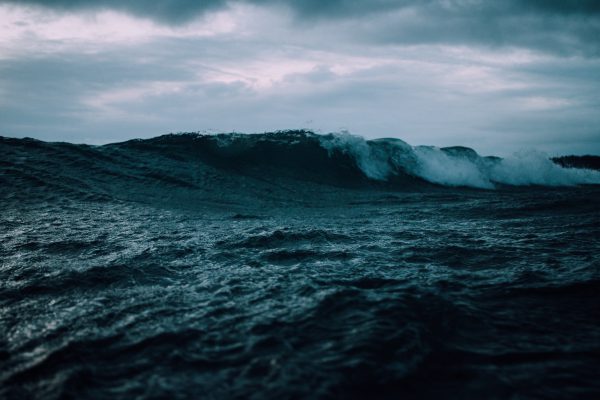 Georg Wüst is probably best known for his work on the motions of water masses between the northern and southern hemispheres. Photo: Tim Marshall

On June 15, 1890, German oceanographer Georg Adolf Otto Wüst was born. Wüst’s pioneering work on the Atlantic Ocean provided a new view of the motions of water masses between the northern and southern hemispheres and the first evidence of the concentration of water mass spreading in western boundary currents. He developed the first essentially complete understanding of the physical structure and deep circulation of the Atlantic Ocean.

Georg Wüst was the son of the Prussian civil servant couple Max and Clara Wüst. The family soon moved to Berlin. There he attended the Charlottenburg Gymnasium and then studied geography and oceanography, as well as meteorology, mathematics and physics, at the Friedrich-Wilhelms-Universität in Berlin from 1910. His most important teachers were Albrecht Penck, who since 1905 had been the head of the geographical department with the Museum für Meereskunde (Berlin) of the Friedrich-Wilhelms-Universität zu Berlin, and above all his later successor from 1910, the Austrian hydrograph Alfred Merz. In 1920 the Institute and Museum für Meereskunde became an independent institution with Merz as director. Merz supported Georg Wüst to join the studies of Bjørn Helland-Hansen in Bergen where he gained experience in ocean observations by working on lightships, on surveying vessels and during cruises on the Norwegian research vessel “Armauer Hansen”.

Evaporation, Precipitation and Salinity Distribution in the Sea

World War I and Hydrographic Survey

During World War I, Georg Wüst served as meteorologist, he was wounded near Verdun in 1917. However, he continued his studies after the war and participated in Merz‘s research cruises in the North and Baltic Seas. Alfred Merz became head of a hydrographic survey of the Atlantic Ocean which was approved by the Emergency Association of German Science after World War I and Wüst was part of planning of the journey and joined the expedition 1925 to 1927. In 1925, Merz died in Buenos Aires and Georg Wüst took over the expedition leadership for the observations. During this period, Wüst delivered a pioneering analysis of the large-scale distribution of Atlantic water masses and their regions of origin showed the strong role of interhemispheric exchange and provided the first evidence for the concentration of water mass spreading in western boundary currents.

After his participation in the Meteor expedition his most productive years followed with the processing of the data of the Atlantic expedition in coordination with Albert Defant. The expedition work Scientific results of the German Atlantic expedition on the surveying and research vessel “Meteor” was created. His investigations into the large-scale distribution of the Atlantic water masses and their source areas were groundbreaking. They showed the strong interhemispheric exchange of water masses and demonstrated for the first time that the spread of the water masses is concentrated in western boundary streams.

In 1936, Georg Wüst was made Professor in Berlin and was able to increase his international reputation as a marine scientist. However, also Wüst was affected by the beginning of World War II and had to become a member of the NSDAP, he served as a member of the nautical-scientific staff at the Supreme Command of the Navy during the war. Back then he further taught at the Friedrich-Wilhelm-University in Berlin. After the war, Wüst was given the task to rebuild the marine research in Kiel. He further became Professor of Oceanography and Maritime Meteorology at Kiel University and Director of the Institute of Marine Science. In 1959, Georg Wüst followed an invitation to become visiting professor at the Lamont–Doherty Earth Observatory at Columbia University, New York. There, he mainly researched on the circulation in the Caribbean Sea. At the Institute of Meteorology of the University of Bonn, Wüst later became a visiting professor until 1967.

The Understanding of the Ocean Processes

During his research career, Georg Wüst significantly contributed to the understanding of ocean processes, in particular the property exchange, the origin of water masses and their large-scale motions and transports. Next to his pioneering work on the Atlantic Ocean, Wüst also showed interest in the origin and spreading of deep bottom water. Georg Wüst showed that the vertical convection in the Okhotsk Sea produces water masses that provide an essential source of North Pacific Intermediate Water. He further gave an improved view on the circulation in the Caribbean Sea during his stay at Lamont.

Mike Muglia, Science on the Sound-Shelf Water Exchange into the Deep Ocean, [8]