You are here: Home › engineering › Fritz von Opel and the Rocket Car 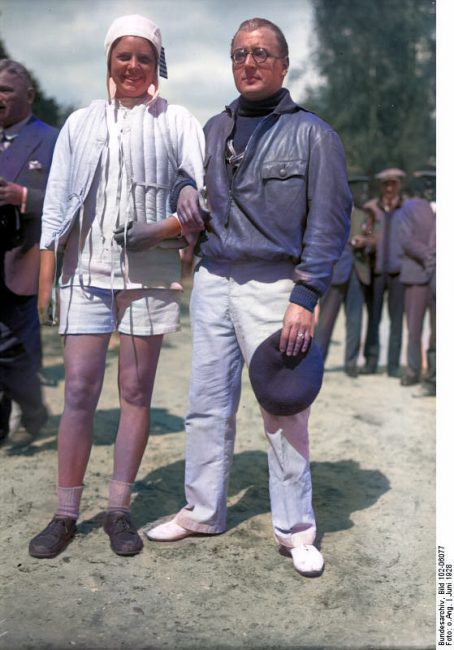 On May 4, 1899, German automotive industrialist Fritz von Opel was born. Von Opel was the grandson of Adam Opel, founder of the Opel company. He was a pioneer in experiments with rocket propulsion for automobiles and aircraft. On 11 Apr 1928, at Berlin, together with Max Valier and Friedrich Wilhelm Sander, he tested the first manned rocket automobile, the Opel-RAK1.

The Heir of an Automobile Company

Fritz von Opel was the grandson of Adam Opel, founder of the famous Opel company. He was educated at the Technical University of Darmstadt and was made director of testing for the Opel company and also put in charge of publicity. Probably during the 1920s, Opel became enthusiastic about using rockets in publicity stunts for the company. He received advice from Max Valier of the newly formed Verein für Raumschiffahrt and Friedrich Sander, a pyrotechnics manufacturer from Bremerhaven. 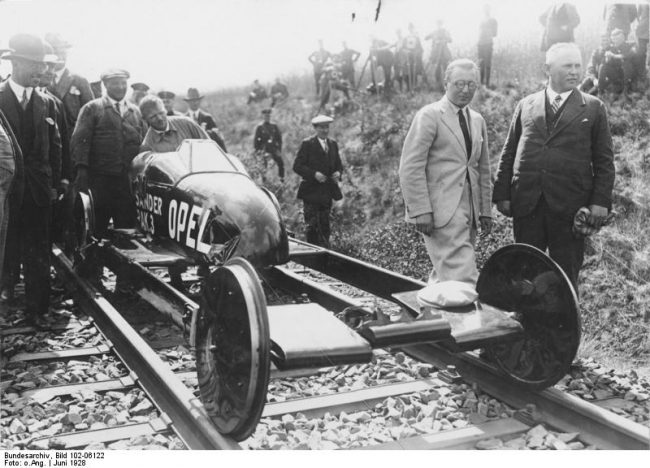 The first rocket-powered car, the RAK.1 by Opel was tested on March 15, 1928. It received a top speed of 75 km/h and proved the feasibility of the concept of rocket propulsion. After further improvement, he managed to increase the top speed to 230 km/h in the RAK.2, driven by 24 solid-fuel rockets. In the same period, Opel purchased the famous Lippisch Ente from the aeronautical engineer Alexander Lippisch.[4] Fritz von Opel proceded to attach rocket motors to it and hence created the first known rocket plane. Unfortunately, the aircraft exploded during its second test flight and Opel never had the chance to pilot it himself. Building on this, Opel undertook another manned rocket flight on September 30, 1929 at Frankfurt’s Rebstock airfield. The aircraft designer Julius Hatry developed a high wing aircraft with a double tail unit for this purpose. This was the first aircraft in the world specially built for rocket propulsion. The Opel-Sander RAK.1 rocket plane reached an altitude of 20 to 30 meters and covered almost two kilometers in 80 seconds. No further missile tests were carried out as a result. In the meantime, another mishap had claimed the RAK.3, a rocket-powered railway car powered by 30 solid-fuel rockets which had reached a speed of 254 km/h. 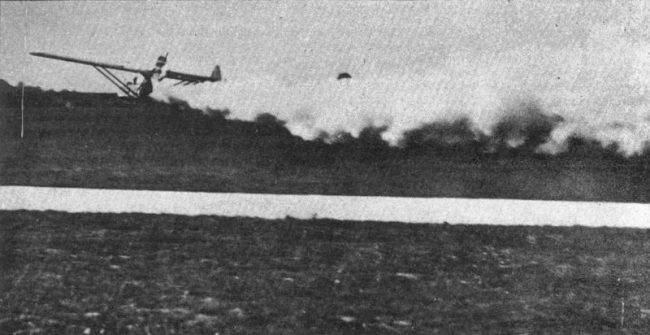 Opel left the family firm and Germany after 1929. On 25 April 1940, Fritz von Opel was taken off the Italian liner Conte di Savoia by the British authorities at Gibraltar. After being detained at Gibraltar for 16 days, he was allowed to proceed to the United States. Fritz von Opel died at Samedan in Switzerland in 1971