You are here: Home › history › The Murder of August von Kotzebue and the Supression of the Liberal Press 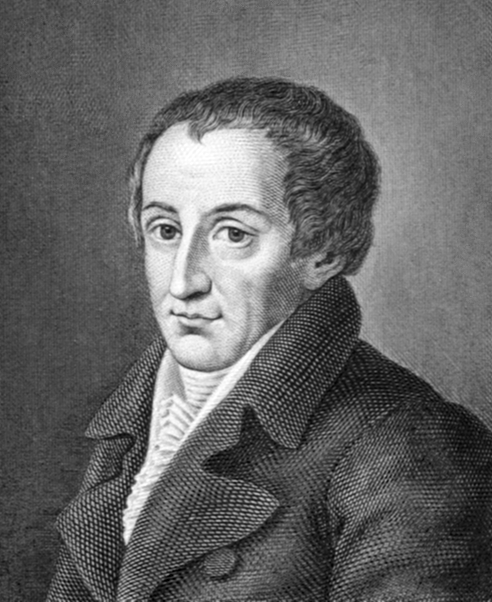 On May 3, 1761, German dramatist and writer August von Kotzebue was born. In 1817, one of Kotzebue‘s books was burned during the Wartburg festival. He was murdered in 1819 by Karl Ludwig Sand, a militant member of the Burschenschaften, which gave Metternich the pretext to issue the Carlsbad Decrees, which dissolved the Burschenschaften, cracked down on the liberal press, and seriously restricted academic freedom in the states of the German Confederation. As long as if you are not familiar with German history of the early 19th century, you might have never heard of August von Kotzebue, which also holds for most of native Germans. When I was in high school, our German teacher was a former protest student of 1968 student riots, and for him the story of the murder of August von Kotzebue by the student Karl Ludwig Sand was a major issue, when talking about German history in school. Today, I will share this with you.

Kotzebue was born in Weimar to a respected merchant family. In 1776 the young Kotzebue acted alongside famous writer Johann Wolfgang von Goethe in Goethe’s play Die Geschwister when it premiered in Weimar.[4] In 1777, he enrolled at the University of Jena to study legal science, continued his studies at the University of Duisburg, where he graduated in 1780, and practiced initially as a lawyer in Weimar. Kotzebue’s first comedy, written while he was a law student at Jena, gave him entrée into court literary circles in Weimar, but in 1781 he was forced to go into exile for a reason that is not clear.[1] Through his association with Graf Goertz, Prussian ambassador at the Russian court, Kotzebue became secretary to the Governor General of Saint Petersburg. In 1785 he was ennobled and became president of the Magistrat of the Governorate of Estonia, by the time a province of the Russian Empire.

In Reval his first novels were published, Die Leiden der Ortenbergischen Familie (The Sorrows of the Ortenberg Family) (1785) and Geschichte meines Vaters (History of my Father) (1788), his plays Adelheid von Wulfingen (1789), Menschenhass und Reue (Misanthropy and Repentance) (1790) and Die Indianer in England (The Indians in England) (1790). His good reputation was, however, almost destroyed by a controversial dramatic satire, Doktor Bahrdt mit der eisernen Stirn (Doctor Bahrdt with the Iron Brow) (1790) where he linked each of the opponents of the leaders of Berlin’s party of the Enlightenment to a particular sexual perversion. Kotzebue denied authorship, even when the police began to investigate the matter. Nevertheless, he gained a reputation for dishonesty and lasciviousness that he would never shake off.

After living some time in Paris, in 1795 August von Kotzebue settled on an estate which he had acquired near Reval and devoted himself to writing. In 1798 he was appointed dramatist to the court theatre in Vienna, but differences with the actors soon obliged him to resign. He then returned to his native town Weimar, but as he was not on good terms with the powerful Goethe since he had openly attacked the romantic style for which Goethe was known.

In April 1800 he decided to return to Saint Petersburg, but on his journey there he was arrested at the border on suspicion of being a Jacobin and was escorted to Tobolsk in Siberia. The emperor Paul I, just as capriciously as he had exiled Kotzebue, had him released a few months later.[1] Kotzebue returned to Germany already in 1801 and settled in Berlin, describing this period in his life in the autobiographical Das merkwürdigste Jahr meines Lebens (The strangest Year of my Life). In 1806, after Napoleon’s victory in the Battle of Jena-Auerstedt, Kotzebue fled to Russia and, in the safety of his estate in Järlepa, Estonia, wrote many satirical articles against Napoleon Bonaparte, published in his journals Die Biene (The Bee) and Die Grille (The Cricket).

In 1816, he was working for the department of foreign affairs in Saint Petersburg and was sent to Germany as consul general for Russia in 1817 by the emperor Alexander to report on current Western ideas in politics, finance, and education. In a weekly journal (Literarisches Wochenblatt) which Kotzebue published in Weimar, he scoffed at the pretensions of those Germans who demanded free institutions, and soon became detested by nationalist liberals. One of them, Karl Ludwig Sand, a theology student from University of Jena, plotted to kill him.

On 18 March 1819, soon after Kotzebue had moved with his family to Mannheim, Sand attacked Kotzebue at his house. Refused entry to the house and told to return in the afternoon, Sand returned just before five o’clock. Having exchanged just a few words with Kotzebue, Sand produced a dagger and with the words “Here, you traitor to the fatherland!” and stabbed him repeatedly in the chest. According to Alexandre Dumas, père, when one of Kotzebue’s children appeared and started to cry, Sand became overwrought and stabbed himself.[5] Leaving the house, he handed a servant a piece of writing he had prepared (“Death to August von Kotzebue“), and stabbed himself again in the street. His suicide attempt failed, and he was taken to hospital.[3] 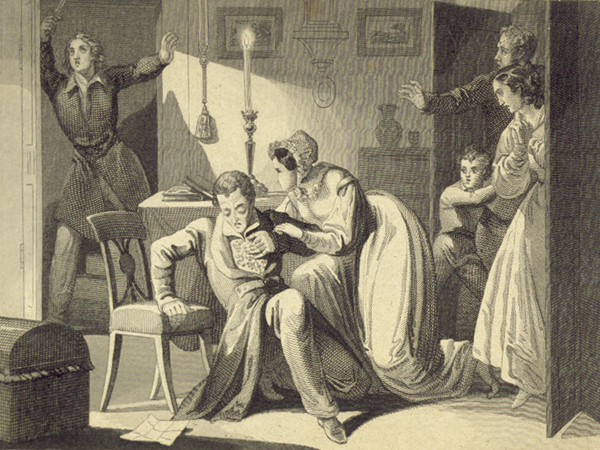 Sand was arrested and carefully nursed back to health. At his trial, he protested that Kotzebue was an enemy of the German people, but he was convicted of the murder and executed later that year. The assassination of Kotzebue provided Austrian chancellor Clemens Prince von Metternich with arguments to convince the German Confederation to enact the Carlsbad Decrees, imposing greater restrictions on universities and the press. In the course of the European Restoration Metternich feared liberal and national tendencies at German universities which might conduct revolutionary activities threatening the monarchistic order. They banned nationalist fraternities (“Burschenschaften“) as well as the Turnerschaften and also provided for university inspectors, removed liberal university professors, and expanded the censorship of the press. Reformers in many local governments were forced out and by 1820 all significant German reform movements had come to an end.

As a dramatist Kotzebue was a prolific writer. He wrote more than 200 plays.