You are here: Home › engineering › Andrew Meikle and the Threshing Machine 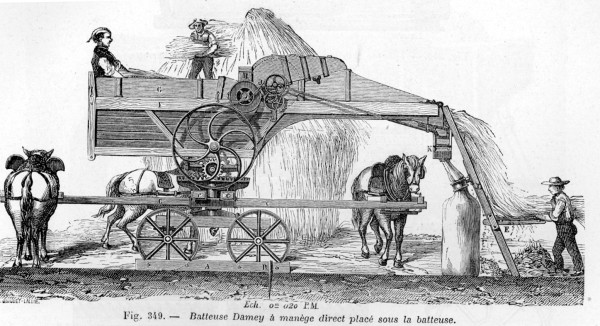 On May 5, 1719, Scottish mechanical engineer Andrew Meikle was born. Meikle is best known for inventing the threshing machine, a device used to remove the outer husks from grains of wheat. The mechanization of this process took much of the drudgery out of farm labour.

A Brief History of the Threshing Machine

Threshing refers to the mechanical process of separating the grains during the harvest of threshed crops. The straw (long and short straw) is first sieved out of the resulting mixture of straw, chaff and grains, and then the chaff and grains are separated. Similarly, the seeds of legumes are threshed from the pods, among other things by riding out. To do this, a horse pulls a weight over the grain. Very early threshing machine types were hand-fed and horse-powered. In 1834, John Avery and Hiram Abial Pitts devised significant improvements to a machine that automatically threshes and separates grain from chaff, freeing farmers from a slow and laborious process. They were granted the United States patent in 1837. Another threshing machine was developed in 1843 by the Australian inventor John Ridley. It is not completely clear, when Meikle invented his machine, but is is assumed that it was completed around 1786. 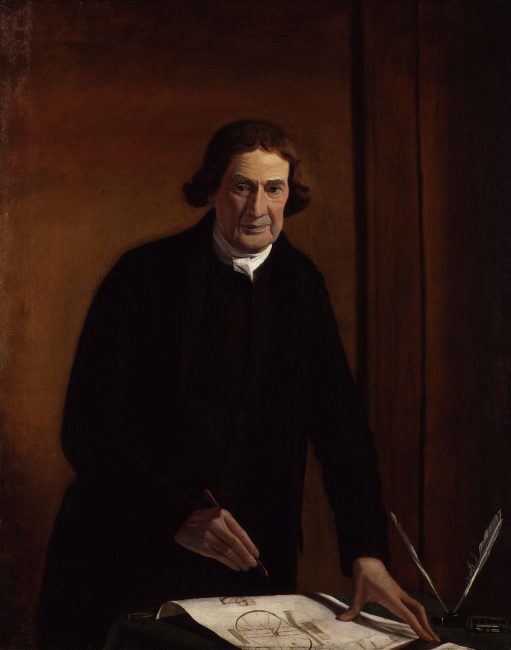 Andrew Meikle and the Mechanization of Threshing

Andrew Meikle was a millwright at Houston Mill, born in East Linton in East Lothian, Scotland. It is assumed that he based his designed on a device patented in 1734 by Michael Menzies. However, the machine failed and Meikle further analyzed the problem. he continued to construct a strong drum with fixed beaters that beat rather than rubbed the grain. The drum that made Meikle’s machine a success may have been copied from the flax-scutching machine used to beat the fibres from flax plants. At around the same time, Meikle invented “spring sails” for windmills, allowing canvas designs that were very prone to storm damage to be replaced by a series of shutters operated by levers, allowing each shutter to be turned to offer little wind resistance in high winds or storms.[4]

Paving the Way for the Agricultural Revolution

Andrew Meikle’s Treshing machine is regarded as a key development for the British agricultural revolution in the late 18th century. According to the Household Cyclopedia, Meikle’s machine caused significant improvements in the quality and quantity of labor: “By the addition of rakes, or shakers, and two pairs of fanners, all driven by the same machinery, the different processes of thrashing, shaking, and winnowing are now all at once performed, and the grain immediately prepared for the public market. ” Later on, steam-powered machines used belts connected to a traction engine.

Farm Riots and other Consequences

The success of Meikle’s third threshing machine ended up playing a role in farm riots in 1830. Farm workers were fed up with years of high taxes, low wages, and wars. They faced massive unemployment because the thresher made the workers redundant. British enclosure laws, which had begun centuries earlier, accelerated greatly at the end of the 18th century. Farmers lost their grazing rights and many were left without even enough land to sustain a subsistence living. The General Inclosure Act of 1801 were responsible for a number of British leaving for the United States. The laws also resulted in a ready-made workforce for the rapidly accelerating industrial revolution in Britain. The advent of the thresher drove many farmers to the brink of starvation even as yields improved. The Swing Riots of 1830 brought angry former farm workers out to smash and destroy threshers and threaten the farmers who used them. Those participating in the riots were punished severely. Several were hanged and nearly 500 were transported to Australia.[3]

Industrialisation: Why Britain Got There First, with Nicholas Crafts, University of Warwick 1/2, [8]