You are here: Home › art › The Foundation of the Academy of Motion Picture Arts and Sciences

On May 4, 1927, the official Articles of Incorporation for the Academy of Motion Picture Arts and Sciences were filed, a professional honorary organization dedicated to the advancement of the arts and sciences of motion pictures with 36 founding members. The Academy is known around the world for its annual Academy Awards, now officially known as The Oscars.

One day in 1927, Metro-Goldwyn-Mayer (MGM) head Louis B. Mayer got the idea to create an organization that would mediate labor disputes and improve the industry’s image. Mayer and the director Fred Niblo, as well as the head of the Association of Motion Picture Producers, Fred Beetson came together to discuss the idea of creating something like an elite club and some kind of banquet to be held annually. Back then, there were nominations of awards. They also established the idea that into the organization would only be open to people involved in acting, directing, writing, in technical duties, and producing.

First of all, 36 people who were involved in the film industry were invited to a formal banquet. Mayer presented his understanding of the International Academy of Motion Picture Arts and Sciences and everyone on the room became a founder of the academy. Later on, the term ‘international’ was dropped from the academy’s name. 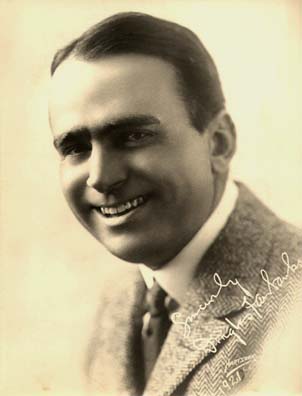 The Academy of Motion Picture Arts and Sciences

Douglas Fairbanks, Sr. was elected as the first president of the Academy and its first honorary membership was awarded to Thomas Edison.[3] One of the early committees formed within the academy was assigned the task of considering awards presentations. From this committee evolved the function for which the organization is best known, the annual presentation of the Academy Awards, gold-plated statuettes, symbolizing recognition for excellence in acting, directing, and other areas of motion-picture production. The academy’s other activities include supporting research and education for the improvement of film technology, preserving and documenting the history of motion pictures. The first film school was created by Academy members in a joint venture with the University of Southern California. The founding faculty included no less than Ernst Lubitsch, [5] Irving Thalberg, and Darryl F. Zanuck, and many more.

On this day, the Academy membership is divided into 17 branches. They represent different disciplines in the field of motion pictures. According to a 2012 study by the Los Angeles Times, the Academy is 94% white, 77% male, 86% age 50 or older, and has a median age of 62. At the end of June 2017, a total of 774 new members were appointed, more than ever before. According to AMPAS, 39 percent of these were women. This increased the proportion of women to 28 percent and the proportion of non-white members to 13 percent. Actor Carmine Caridi was expelled in 2004 after distributing confidential DVDs of competitive films, Harvey Weinstein in October 2017 on charges of sexual harassment and Bill Cosby and Roman Polanski in May 2018 for sex crimes.

At yovisto academic video search, you can learn more about the Film Experience in a lecture by professor Thorburn.