You are here: Home › photography › You Press the Button and We Do the Rest – George Eastman revolutionized Photography 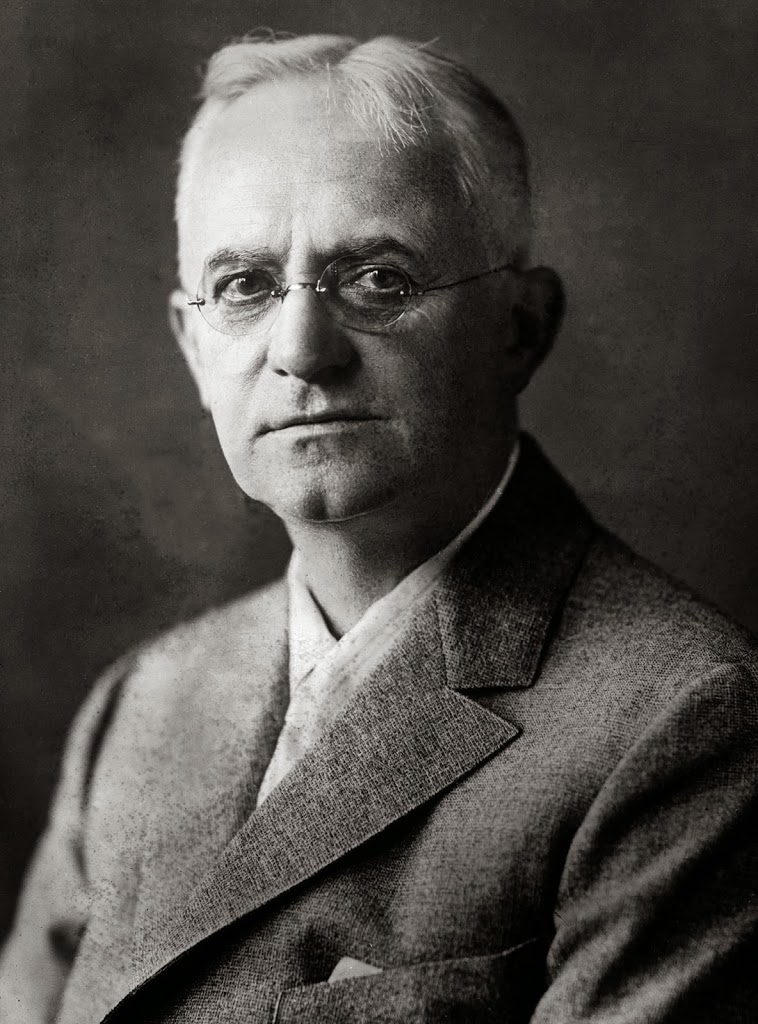 On May 5, 1885, George Eastman filed a patent for a “Roll Holder for Photographic Films“, which was the first film in roll form to prove practicable. Based on his newly invented roll film and a rather simple camera for that film, he established the Eastman Kodak Company, in Rochester, New York. It was one of the first firms to mass-produce standardized photography equipment.

Ok, please hold on before you are writing me comments that George Eastman has not invented the roll film. Actually, already in 1881 a farmer in Cambria, Wisconsin, Peter Houston, invented the first roll film camera. His younger brother David, filed the patents for various components of Peter’s camera. He was issued an 1881 patent for a roll film holder which he licensed to George Eastman (it was used in Eastman’s Kodak 1888 box camera). Houston sold the patent outright to Eastman for $5000 in 1889. BTW, Roll film was also the basis for the invention of motion picture film in 1888 by the world’s first film-makers Eadweard Muybridge and a few years later by their followers Thomas Edison and the Lumière Brothers.[6]

But, today’s post deals with George Eastman. Eastman was born the youngest of three children on July 12, 1854, in Waterville, upstate New York to George Washington Eastman and Maria Eastman. George Sr. had started a small business school, Eastman Commercial College, in Rochester, where he moved the family in 1860. But he died suddenly when George Jr. was 8. To support the family, George’s mother had to take boarders. Thus, young George left school early and started working to add to the family income. He began as a messenger and office boy for insurance companies for only $3 a week and studied accounting at home to qualify for a higher salary, leading to a job as bookkeeper at the Rochester Savings Bank.

At age 24, George planned to visit Santo Domingo, where a boom in land speculation was underway, and, on the advice of a colleague, decided to document the trip with photographs. But the photography equipment with all the required tools of the “wet plate” era alone was enormous, heavy and costly. The camera alone was as big as a microwave oven and needed a heavy tripod. And he carried a tent so that he could spread photographic emulsion on glass plates before exposing them, and develop the exposed plates before they dried out. Instead taking the trip, he began to research how to make photography less cumbersome and easier. After reading about a formula for a “dry plate” emulsion in a British magazine and with the help of two local amateur photographers – George Monroe and George Selden – , Eastman formulated a gelatin-based paper film and a device for coating dry plates. Plates coated with this emulsion remained sensitive after they were dry and could be exposed at leisure. Using a formula taken from one of these British journals, Eastman began making gelatin emulsions. He resigned from his bank job after launching his fledgling photography company in April 1880, because he had not only invented a dry plate formula, but had patented a machine for preparing large numbers of the plates.

Eastman’s experiments were directed to the use of a lighter and more flexible support than glass. His first approach was to coat the photographic emulsion on paper and then load the paper in a roll holder. The holder was used in view cameras in place of the holders for glass plates. In 1884, Eastman hired William Hall Walker, a camera inventor and manufacturer, and together they designed the Eastman-Walker Roll Holder, which allowed photographers to advance paper film through a camera rather than handle individual plates. The roll holder came to define the basic technology of cameras until the introduction of digital photography in the late twentieth century. While the first Kodak camera was wildly popular with amateurs, the paper film used in it gave mediocre results. Henry Reichenbach, a chemist hired to work on emulsions, was asked to come up with a transparent, flexible film, and he succeeded in February 1889. 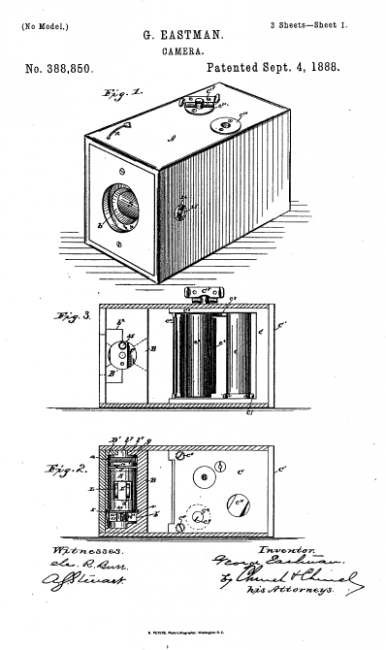 The Invention of Kodak

In 1888 Eastman invented the word “Kodak” as a distinctive name for a film camera he was developing. He needed a strong, short, distinctive word that would also meet foreign trademark laws, and the letter “K” was a personal favorite of Eastman’s. According to him, “It became a question of trying out a great number of combinations of letters that made words starting and ending with ‘K.’ The word ‘Kodak’ is the result.” But, the overall success did not only come from inventing the new type of camera alone. Moreover, Eastman took care of the entire lifecycle of taking photographs. Thus, enabling also the pre-loaded with enough film for 100 exposures, the Kodak camera could easily be carried and handheld during its operation. After the film was exposed (all the shots taken), the whole camera was returned to the Kodak company in Rochester, New York, where the film was developed, prints were made, new photographic film was inserted, and then the camera and prints were returned to the customer. 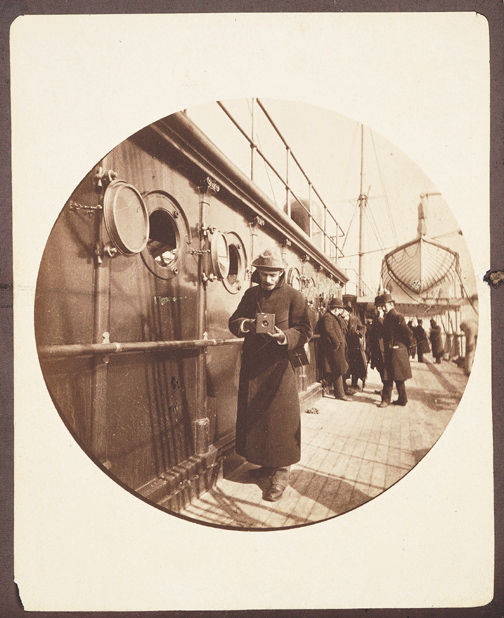 George Eastman with a Kodak camera on board the S. S. Galia photograph by Frederick Fargo Church, 1890

You press the button, we do the rest…

“You press the button, we do the rest” promised George Eastman in 1888 with this advertising slogan for his Kodak camera. While the Kodak standard model 1888 with 25 $ still cost about the monthly wage of a factory worker, the Brownie camera was available in stores from 1900 for one dollar including inserted film. Once the material was shot, the customer could return the camera to the photo shop. There the film was developed, prints were made and the camera was loaded with fresh film. Later, the customer took back his camera ready to shoot, including prints.

My Work is Done. Why Wait?

As a patron he founded the Eastman School of Music. His largest single donation, $20 million, went to MIT. Numerous donations for the University of Rochester, clinics, foundations for the support of African-American citizens were added. He also had one of the largest private collections of paintings. Eastman pioneered an employee dividend system that made his workers part-owners of the firm, and he gave millions of dollars to the Rochester Institute of Technology, University of Rochester, and Massachusetts Institute of Technology. In 1932, Eastman’s health started to fade with a very painful disease of the spine and at the age of 77 he shot himself in the head, leaving a note that read simply, “To my friends: My work is done. Why wait?“

History of Photography with Thomas Alleman, [10]