You are here: Home › biology › Ernst Haeckel and the Phyletic Museum 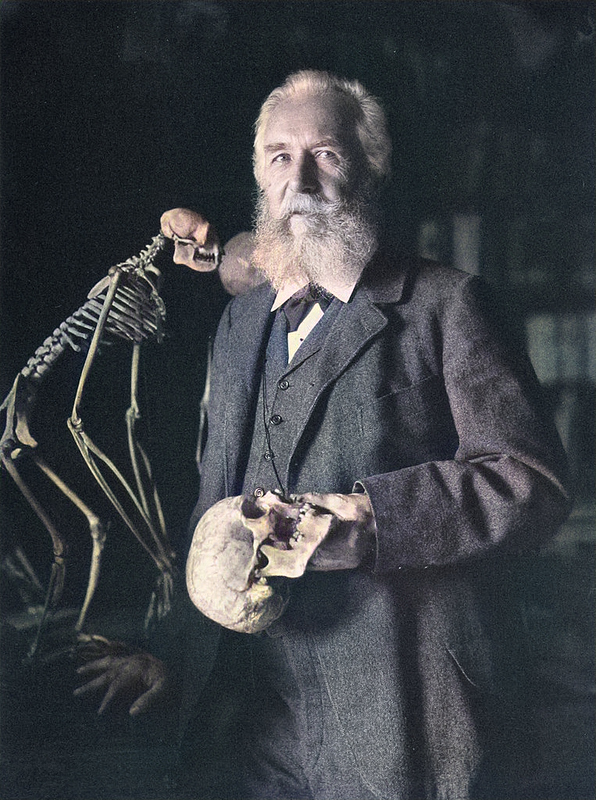 On July 30, 1908, the ‘Phyletic Museum‘ was gifted to the University of Jena due to its 350th anniversary by Ernst Haeckel. The famous zoologist was best known for his approaches in evolution theory.

“As our mother earth is a mere speck in the sunbeam in the illimitable universe, so man himself is but a tiny grain of protoplasm in the perishable framework of organic nature. [This] clearly indicates the true place of man in nature, but it dissipates the prevalent illusion of man’s supreme importance and the arrogance with which he sets himself apart from the illimitable universe and exalts himself to the position of its most valuable element.” – Ernst Haeckel

The Phyletic Museum in Jena

The ‘Phyletic Museum’ is a unique institution, illustrating not only natural sciences, but also the entire development of life focusing on phylogeny and the theory of evolution. Also the junction of art and nature is an essential theme of the museum. The construction of the building in the style of Art Nouveau began on August 28, 1907 on Johann Wolfgang von Goethe‘s birthday.[8] Today, you can view collections with more than 500, 000 pieces, and there are still samples left from the time when Goethe himself was head of the zoological and paleontological department.

Ernst Haeckel was born in Potsdam, Prussia, as the second son of the Prussian lawyer and civil servant Carl Haeckel and his wife Charlotte, née Sethe, daughter of Christoph von Sethe. One year after Haeckel’s birth the family moved to Merseburg, a government district capital in the province of Saxony, where he attended the citizen school and then the local cathedral high school. Ernst Haeckel himself was introduced to natural sciences in his childhood by his father, he began learning about the theories of Charles Darwin [6] and the works of Alexander von Humboldt early [7], which was the reason why he started studying medicine in 1852. With the intention to prepare his habilitation (i.e. having the authority to teach at a German university), Haeckel travelled to Italy and researched on radiolarians with big success. He named more than 3,500 species and documented the results of his research in three books containing the extraordinary graphics he was widely known for. Ernst Haeckel became professor of comparative anatomy shortly after his time as a medical assistant. He coined some of today’s common terms in biology such as tribe or ecology. He propagated developmental monism with the claim of a philosophy of nature on a scientific basis and was the head and identification figure (contemporary monist pope) of the associated movement, which was organized from 1906 in the German Monist Federation in Jena.

Haeckel published his works on general morphology and later studies on evolution theory. For him it was of great importance, that they could be read by scientists as well as by non-professionals. They contained not only scientifical, but also philosophical discussions illustrating Haeckel’s believe of monism. 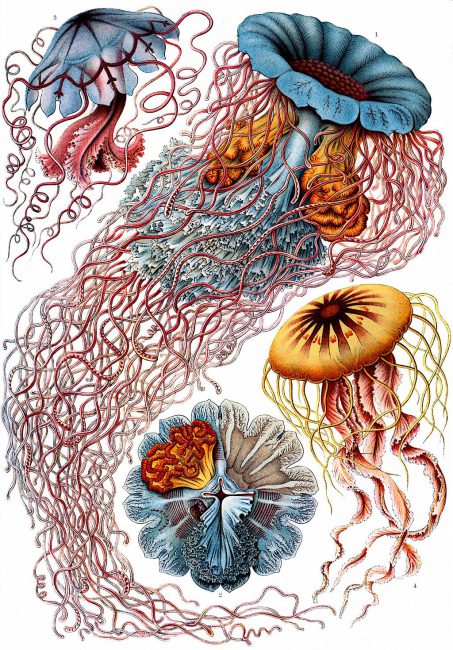 Even though, some of his theories have been falsified today, they were an important milestone and represent the foundation of several following scientists and theories. Haeckel taught at the University of Jena, where he was honored with the doctorate and met Charles Darwin, whom he deeply admired and whose theories he distributed in Germany. During his life he travelled through most parts of the world while researching and gaining influence and respect for his work. The Royal Society awarded Haeckel with the Darwin Medal and he became an honored member of the ‘Accademia dei Lincei’. 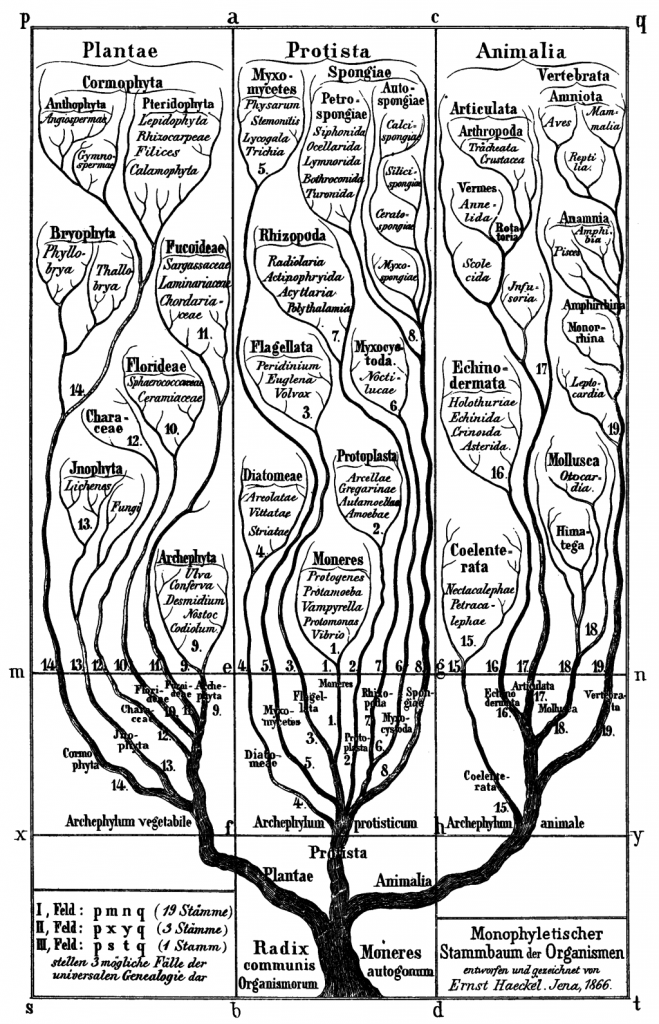 In the context of his confrontations with the transferability of racial categories to the social development of man, Haeckel – here a clear opponent of his teacher Virchow – is one of the decisive representatives of an “eugenic” social policy. On the basis of his considerations on the “artificial breeding” of man in modern societies. Haeckel is regarded as a pioneer of eugenics and racial hygiene in Germany. National Socialist ideologists later used excerpts of his statements as reasons for their racism and social Darwinism, but at the same time declared essential parts of Haeckel’s world view as incompatible with the national-biological view of National Socialism.

In 1907, the researcher made his last great journey to Sweden. In 1908 Ernst Haeckel donated the Phyletisches Museum in Jena. One year later, in 1909 Haeckel’s teaching activity ended and he left the Protestant church in 1910. His wife Agnes died in 1915. Haeckel’s frailty increased considerably during this time, for example he suffered a fracture of the neck of his femur, a fracture of his arm in a fall and could only move forward with crutches. In 1918 he then sold the Villa Medusa to the Carl Zeiss Foundation. Ernst Haeckel died in this villa in Jena on August 9, 1919.