You are here: Home › engineering › Emil Rathenau and the German Electrical Industry 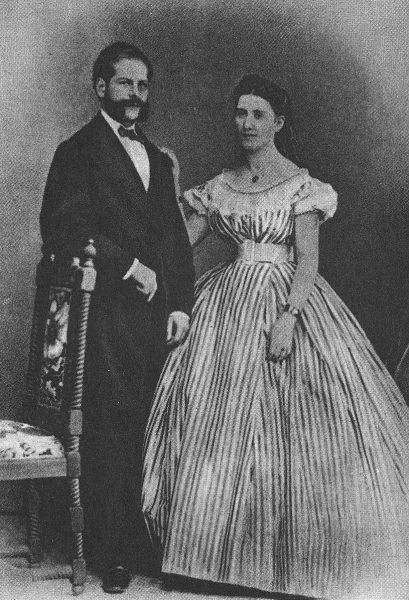 On December 11, 1838, German entrepreneur and industrialist, Emil Moritz Rathenau was born. Rathenau was a leading figure in the early European electrical industry. He founded the Allgemeine Elektrizitats Gesellschaft (AEG), the German General Electric Company, with a product range including power stations, railways as well as electrical machines and devices. Rathenau was also the first to produce aluminium in Germany for industrial use.

Emil Moritz Rathenau was born in Berlin, Germany, the son of the wealthy Jewish merchant Moritz Rathenau (1800-1871) and his wife Therese (1815-1895), daughter of Josef Liebermann. He entered the “Wilhelmshütte” in Lower Silesia, owned by his uncle, as a volunteer after attending high school. After four years of practical training, he studied mechanical engineering at the Polytechnic in Hanover and at the Technical University in Zurich. He was briefly employed by the locomotive factory August Borsig in Berlin and spent two years in England, where he deepened his knowledge in various workshops and companies.

Returning to Berlin in 1865, he bought a small machine factory together with a former school friend. Part of the starting capital came from the dowry of Mathilde Nachmann (1845-1926), the daughter of a wealthy Frankfurt banker who married Rathenau in 1866. He soon succeeded in profitably implementing the production of transportable “standard steam engines” and continuously expanding the business. When in the founding years of 1871/72 the banks were able to persuade the co-owner to convert the company into a public limited company, Rathenau resisted such plans. When the company was liquidated in 1873 as a result of the founding crisis, Rathenau retired.

This was followed by an almost ten-year period of searching. Rathenau visited the World Exhibition in Vienna in 1873, Philadelphia in 1876 and Paris in 1878. Especially on his trip to America he was impressed by the abundance of technical innovations and the rational working methods. From 1880 to 1891 he worked as a representative of the Reichspost for the construction of a telephone network in Berlin.

Enlightening the Streets in Germany

When Rathenau saw Edison‘s invention of the electric light bulb at the International Electricity Exhibition in Paris in 1881, he recognised the future prospects of electricity as an energy supplier for lighting fixtures and machines.[4] However, his attempts to persuade Werner von Siemens to come up with a plan for electric street lighting met with no interest.[5] After lengthy negotiations, Rathenau acquired the rights to exploit Edison’s patents in Germany in 1882. Due to the caution of the financing banks, a study company was set up before the Deutsche Edison-Gesellschaft für angewandte Elektrizität was founded in 1883 as a public limited company under Rathenau’s leadership. This did not happen without prior agreement with Werner von Siemens; a contract provided for the delimitation of interests and limited cooperation.

In 1887 Rathenau freed himself from the American Edison company and Deutsche Bank and Siemens became shareholders. The company became known as Allgemeine Elektricitäts-Gesellschaft (AEG). By the early 1890s the small company developed into an international group of companies with around 3000 employees. Rathenau’s and AEG’s relationship with Siemens was increasingly determined by confrontation and competition rather than cooperation. Negotiations on the termination of the cooperation agreement had already begun in 1888. At the beginning of the 1890s, the conflict escalated into a price war in all areas, before an amicable unbundling of the contractual relations was achieved in 1894. A mixture of cooperation and competition remained decisive in the period that followed – for example in the area of wireless communications, after the Telefunken-Gesellschaft was founded as a joint venture at the instigation of Emperor Wilhelm II.

The Clash of Entrepreneurs

The clash was due not least to the clash between two opposing types of entrepreneurs and the corporate cultures they shaped. Werner von Siemens was the inventor-entrepreneur operating on the basis of a family business, who only entered new markets cautiously and with his own technical know-how. Rathenau, on the other hand, is often referred to as the first “manager-entrepreneur” who specialized from the outset and entered promising markets with aggressive sales strategies on the basis of acquired patents. Rathenau represented a new and “modern” type of entrepreneur with this corporate planning oriented towards flexible adaptation to market forces and with an entrepreneurial understanding oriented towards internationalisation, market opening and marketing.

Since 1912 Rathenau withdrew partly from the active business due to an illness and was represented by his son Walther Rathenau. Emil Rathenau died on June 20, 1915, at the age of 76 from the consequences (including leg amputation) of his diabetes mellitus.