You are here: Home › engineering › Elmer Sperry and the Invention of the Gyrocompass 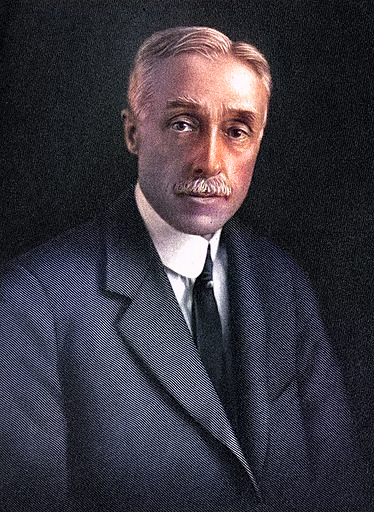 On October 12, 1860, American inventor and entrepreneur Elmer Ambrose Sperry was born. Sperry is best known for his significant role in the development of the gyrocompass, a type of non-magnetic compass which is based on a fast-spinning disc and rotation of the Earth to automatically find geographical direction.

Elmer Sperry was born at Cincinnatus, New York, on October 12, 1860, to Stephen Decatur Sperry and Mary Burst. His mother died the next day, from complications from his birth. He attended Cornell University starting from 1878 and became interested in dynamos during his time there. Sperry then moved to Chicago, Illinois and founded the Sperry Electric Company. In 1900, the engineer established an electrochemical laboratory at Washington, D.C., where he and his associate, Clifton P. Townshend, developed a process for making pure caustic soda and discovered a process for recovering tin from scrap metal. Sperry experimented with diesel engines and gyroscopic compasses and gyroscopic stabilizers for ships and aircraft.

In the 1910s, Sperry founded the Sperry Gyroscope Company in New York City and tested his first compass in the same year. As his work was very successful, Sperry won a prize from the Aero Club of France for his airplane stabilizer in 1914. Further awards include the Franklin Institute Medal in the same period. Later, Sperry produced a produced a high-intensity arc lamp which was used as a searchlight by both the Army and Navy after setting up eight companies and taking out over 400 patents. 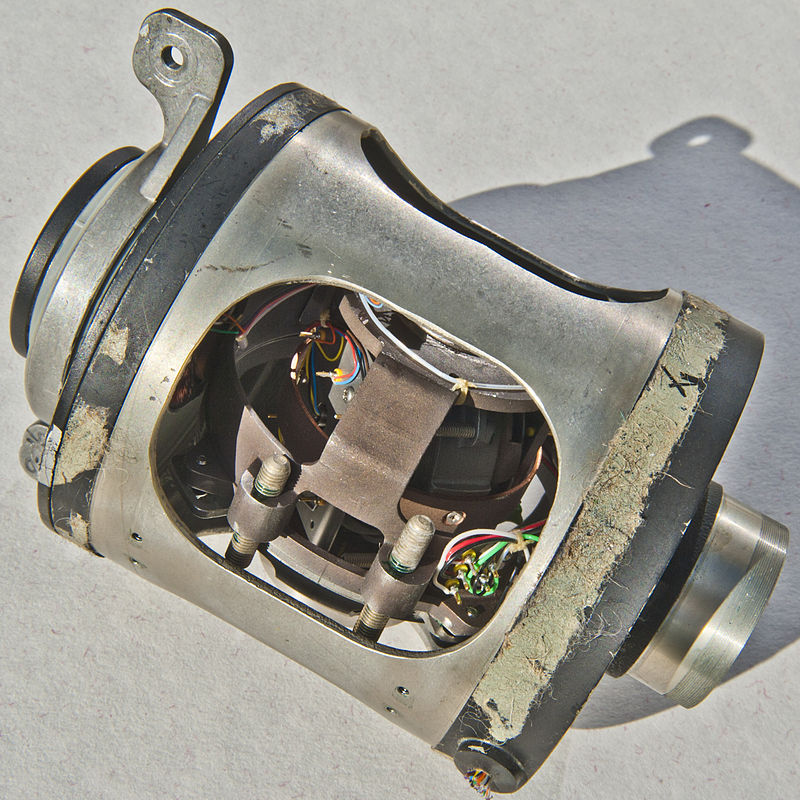 Elmer Sperry was not the first to develop a gyrocompass. Already in 1885, Marinus Gerardus van den Bos patented a form of gyrocompass and often, Hermann Anschütz-Kaempfe is credited with the invention of the first usable gyrocompass. Elmer Ambrose Sperry produced a workable and imporoved gyrocompass system that was quickly adopted by the U.S. Navy and played a significant role in World War I. Further, the Navy started using Sperry‘s so called ‘Metal Mike‘. It was the first known gyroscope-guided autopilot steering system. In the following decades, these and other Sperry devices were adopted by steamships such as the RMS Queen Mary, airplanes, and the warships of World War II. During both world wars, Sperry’s company profited from military demand for gyroscopes.

During World War I he worked to create a “flying bomb”, and on March 6, 1918, he guided an aerial torpedo for more than half a mile using radio control. His technology was subsequently used in torpedoes, ships, airplanes, and spacecraft. Sperry moved into related devices such as bombsights, fire control, radar, and automated take off and landing. Starting in 1914, Sperry began working with the US Navy to develop higher-power lighting for use with naval turrets. Out of this partnership, Sperry and his team created a new kind of arc lamp that heated a gas to incandescence, creating a source of light five times brighter than other continuous light sources of the time. In 1918 he produced a high-intensity arc lamp which was used as a searchlight by both the Army and Navy. After his death in 1930, the Navy named the USS Sperry after him. Another engineer notable for his achievements in the field was the German C. Plath who is believed to have developed the first gyrocompass to be installed on a commercial vessel and sold many of them to Weems‘ School for Navigation in Annapolis, MD.