You are here: Home › engineering › Elias Howe and the Invention of the Sewing Machine 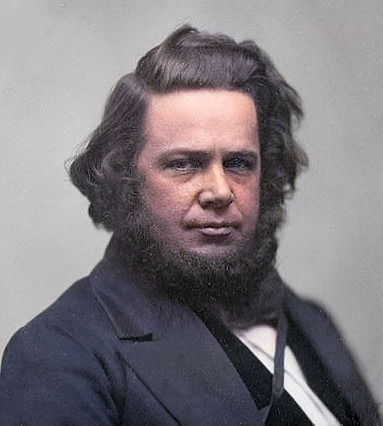 On October 3, 1867, American inventor Elias Howe Jr. passed away. Howe is best known for his invention of a a sewing machine using a lockstitch design.

Elias Howe Jr. was born in Spencer, Massachussetts, USA, the son of Dr. Elias Howe Sr. and Polly (Bemis) Howe. He was apprentice in a textile factory and after mill closings due to the Panic of 1837, he moved to Cambridge, Massachusetts. There, Howe started working with carding machinery, apprenticing along with his cousin Nathaniel P. Banks. In 1838, Howe apprenticed in the shop of Ari Davis who was specialized in the manufacture and repair of chronometers and other precision instruments. It is believed that Howe’s attention was drawn to the development of the sewing machine.

Before Howe, several others had the idea of a sewing machine. For five years he worked on the basic idea, using almost all his free time, but with this machine he managed 300 stitches per minute. In contrast, seamstresses who worked by hand could only manage 50 stitches per minute. Before that, other tinkerers had already constructed machines, but their technical defects and the high price prevented their industrial use. The Howe machine also cost $300, a rather high price that tailors could not afford. Besides, Howe’s machine only made straight seams, everything else still had to be sewn by hand. Now Elias Howe pursued the goal of further improving the machine, introducing the single-pointed needle with the eye very close to its point, letting it go into the fabric just above the eye and forming a loop as it dropped, through which a second thread was passed with the help of the shuttle (which Hunt had used before him). In 1846, he was awarded the first United States patent for a sewing machine using a lockstitch design. His device contained the essential features common in most modern machines: A needle with the eye at the point, a shuttle operating beneath the cloth to form the lockstitch, and an automatic feed.

Elias Howe had problems securing his patent and issues finding investors in the United States to finance production of his invention. Since Howe was not successful in America, he tried to gain a foothold in the textile industry in England to further specialize his sewing machine. Above all, it was important to him that the machine could also sew leather and other solid materials. To make a living, he worked part-time in a factory for only 5 English pounds a week. But when his financial situation got worse and worse, he at least sent his family back to the USA. Completely impoverished, Elias Howe returned to America in 1850 and set up a small workshop in New York. 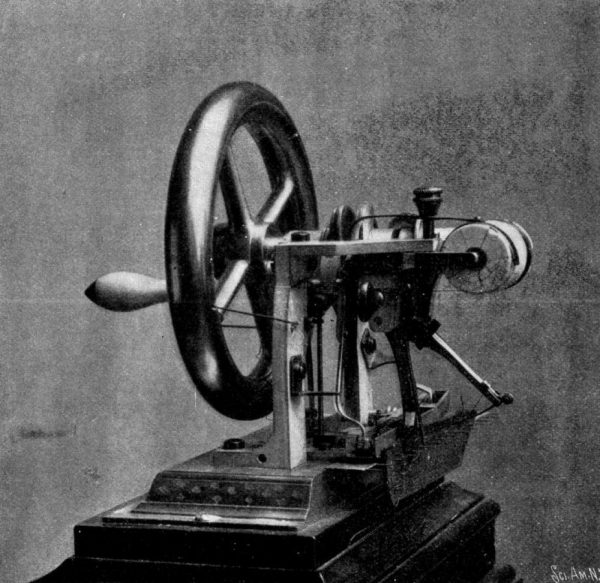 At that time, further businesses started to manufacture sewing machines and Elias Howe was forced to defend his patent in a court case that lasted from 1849 to 1854 because he found that Isaac Singer [5] with cooperation from Walter Hunt had perfected a facsimile of his machine and was selling it with the same lockstitch that Howe had invented and patented. He won the dispute and earned considerable royalties from Singer and others for sales of his invention.

In 1851, Howe patented an automatic, uninterrupted clothing fastener, a forerunner of the modern zipper. Howe later joined the US Army as a soldier. When he died on 3 October 1867 in Brooklyn at the age of 48, he left behind a very large fortune. In 1870, 75,156 machines were built according to Howe’s system. It is believed that Howe contributed much of the money he earned to providing equipment for the 17th Connecticut Volunteer Infantry of the Union Army during the Civil War.

Between 1865/67, Elias established The Howe Machine Co. in Bridgeport, Connecticut that was operated by Elias’s sons-in-law, the Stockwell Brothers until about 1886. Elias Howe’s sewing machine won a gold medal at the Paris Exhibition of 1867, and that same year he was awarded the Légion d’honneur by Napoleon III for his invention. Howe died at age 48, on October 3, 1867, of gout and a massive blood clot.

Birth of a Sewing Machine, [7]