You are here: Home › history › Edmund Hillary and Tenzing Norgay on Top of Mount Everest 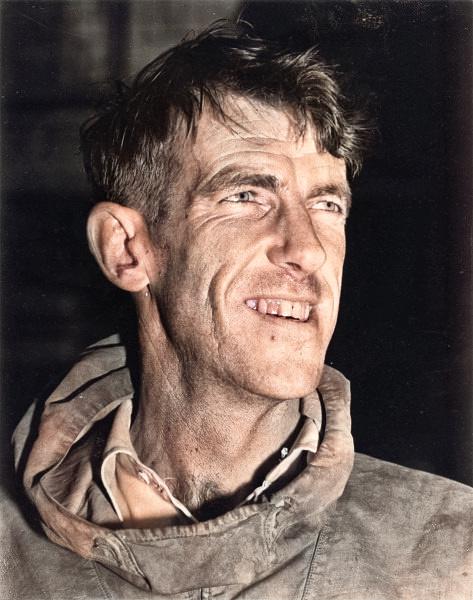 On May 29, 1953, Sir Edmund Hillary and Tenzing Norgay reached the summit of Mount Everest, the highest mountain on Earth, located in the Mahalangur mountain range in Nepal and Tibet, using the southeast ridge route. Tenzing had reached 8,595 m the previous year as a member of the 1952 Swiss expedition.

Edmund Hillary grew up near Auckland, New Zealand. During a high school trip to Mount Ruapehu, Hillary’s interest in climbing was sparled. He studied mathematics and science at the Auckland University College, and in 1939 completed his first major climb, reaching the summit of Mount Ollivier, near Aoraki/Mount Cook in the Southern Alps.

Hillary became a beekeper during the summer and a climber during the winter. During World War II however, Edmund Hillary joined the Royal New Zealand Air Force. In 1945 he was sent to Fiji and to the Solomon Islands, where he was badly burnt in a boat accident and repatriated to New Zealand.

In the 1950s, Hillary and George Lowe were part of the British team led by Eric Shipton that attempted Cho Oyu. After that attempt failed due to the lack of route from the Nepal side, Hillary and Lowe crossed the Nup La into Tibet and reached the old Camp II, on the northern side, where all the pre-war expeditions camped. 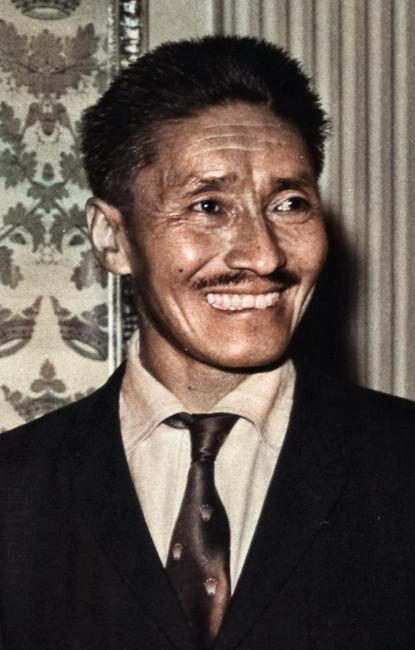 In 1952, Hillary discovered that he and his friend George Lowe had been invited by the Joint Himalayan Committee for the approved British 1953 attempt and immediately accepted. Edmund Hillary was selected to climb in a team with Tenzing. The expedition involved more than 400 people. In March 1953, the expedition set up a base camp and Hillary and Tenzing were directed to go for the summit. On May 28, the crew set out and the first tent was pitched at 8500m. The crucial move of the last part of the ascent was the 40-foot (12 m) rock face later named the “Hillary Step“. Hillary saw a means to wedge his way up a crack in the face between the rock wall and the ice and Tenzing followed. From there the following effort was relatively simple.

Hillary reported that both men reached the summit at the same time, but in “The Dream Comes True,” Tenzing Norgay said that Hillary had indeed taken the first step atop Mount Everest. They reached Everest’s 8,848 m summit, the highest point on earth, at 11:30 am. As Hillary put it, “A few more whacks of the ice axe in the firm snow, and we stood on top.” However, Hillary took a photo of Tenzing with his ice-axe and since Tenzing had never used a camera, Hillary’s ascent remained unrecorded. 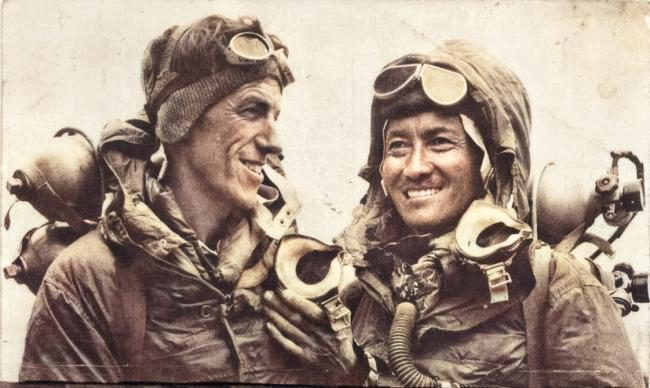 Hillary and Tenzing on return from the Everest’s summit

News of the expedition reached Britain on the day of the coronation of Queen Elizabeth II, and the press called the successful ascent a coronation gift. In return, the 37 members of the party received the Queen Elizabeth II Coronation Medal with ‘Mount Everest Expedition’ engraved on the rim. The group was surprised by the international acclaim that they received upon arriving in Kathmandu. Hillary and Hunt were knighted by the young queen, while Tenzing – ineligible for knighthood as a Nepalese citizen – received the George Medal from the British Government for his efforts with the expedition.