You are here: Home › aviation › The Dornier Do X – the World’s Largest Seaplane 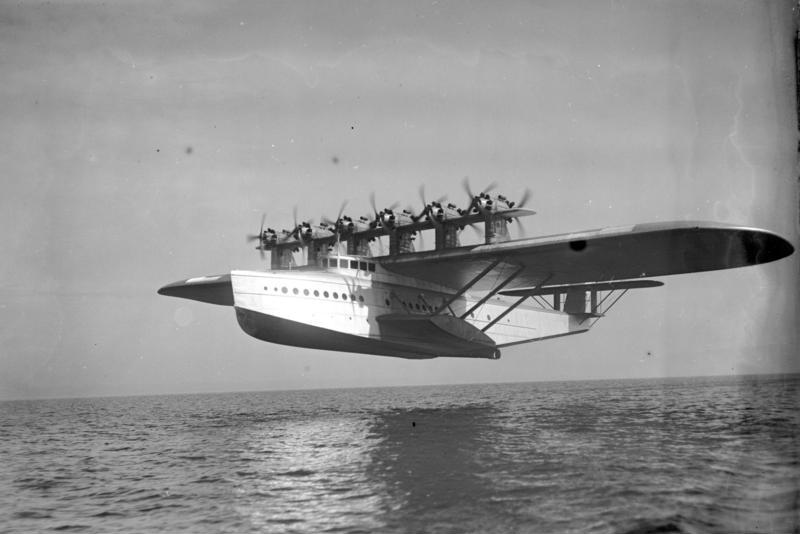 On November 5, 1930, the Dornier Do X, the largest, heaviest, and most powerful flying boat in the world took off for a demonstration test flight to the Netherlands, England, France, Spain, and Portugal. After a delay due to technical problems, the Do X continued her journey to Cape Verde and Brazil to finally reach New York on August 27, 1931.

The Largest Plane in the World

The Do X was a flying boat built as a strutted shoulder-wing with a tailplane in standard arrangement and twelve piston engines mounted in six tandem nacelles above the wing. Each nacelle had one traction and one thrust propeller. The cockpit was located in a deck above the passenger cabin. The aircraft was designed for 159 passengers and 10 crew members. The Flugschiff Dornier Do X was launched for its very first test flight on 12 July 1929, with a crew of 14 and in October of the same year, 169 people joined its 70th test flight on board of which 150 were passengers, ten were aircrew and nine were “stowaways” who did not hold tickets. The flight became famous for setting a new world record for the number of persons carried on a single flight, a record that was not broken for 20 years. It is believed that back in the day, the passengers were asked to crowd together on one side or the other to help make turns. The plane flew for 40 minutes at a maximum speed of 170 km/h before finally landing on Lake Constance. Another milestone flight took place in November 1930 when the Do X took off from Friedrichshafen, Germany under the command of the German seaplane ace Friedrich Christiansen for a transatlantic test flight to New York flying over the Netherlands, England, France, Spain, and Portugal. At the end of November, the journey was interrupted at Lisbon, when a tarpaulin made contact with a hot exhaust pipe and started a fire that consumed most of the portside wing. After six weeks, the journey continued along the Western coast of Africa and reached the islands of Cape Verde by 5 June 1931. From there, it crossed the ocean to Natal in Brazil, where the crew were greeted as heroes by the local German émigré communities. New York was reached on August 27. 1931, nine months after departing Friedrichshafen. 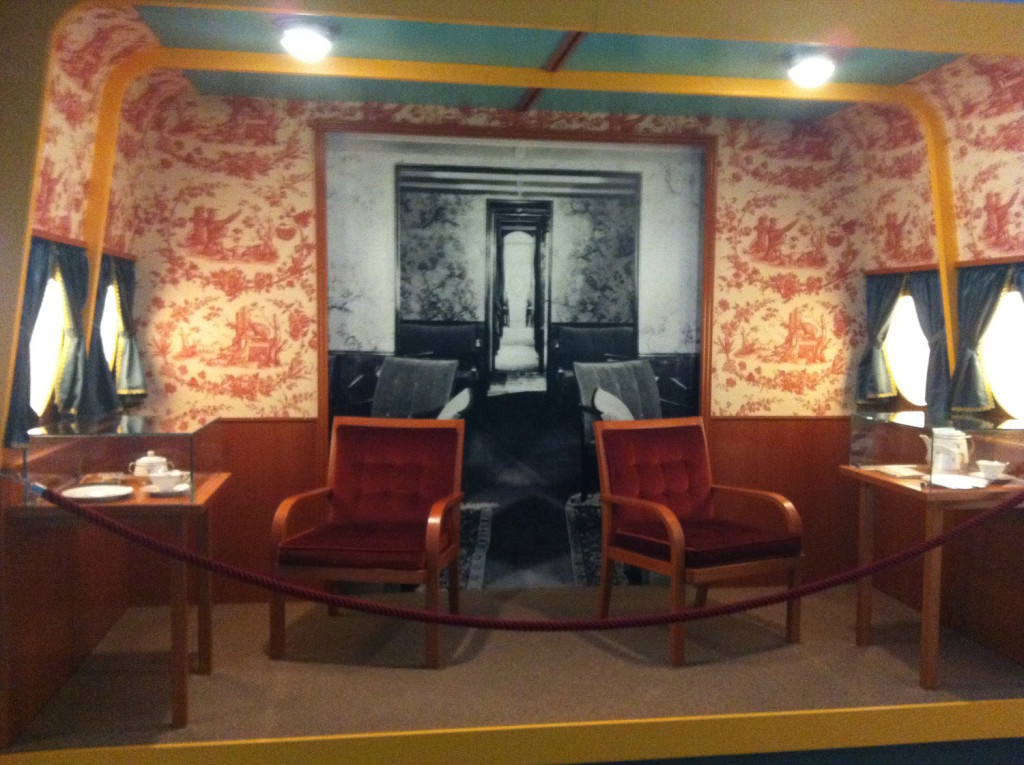 Luxurious passenger accomodation onboard the Do X. Image: Anja Frankenhäuser

The Do X had an all-duralumin hull, with wings composed of a steel-reinforced duralumin framework covered in heavy linen fabric, covered with aluminum paint. Initially, it was powered by twelve 391 kW Siemens-built Bristol Jupiter radial engines in tandem mountings, with six tractor propellers and six pushers mounted in six strut-mounted nacelles above the wing. Regarding its design, many aspects of the aircraft echoed nautical arrangements of the time, including the flight deck, which bore a strong resemblance to bridge of a vessel. Also notable for the Do X was the luxurious passenger accommodation on three decks. On the main deck was a smoking room with its own wet bar, a dining salon, and seating for the 66 passengers which could also be converted to sleeping berths for night flights. The cockpit, navigational office, engine control and radio rooms were on the upper deck and the lower deck held fuel tanks and nine watertight compartments, only seven of which were needed to provide full flotation.

While never a commercial success, the Dornier Do X was the largest heavier-than-air aircraft of its time, a pioneer in demonstrating the potential of an international passenger air service. Germany’s original Do X was turned over to Deutsche Luft Hansa, the national airline at that time, after the financially strapped Dornier Company could no longer operate it. The Do X was dismantled in Travemünde in 1933, shipped to Berlin and eventually displayed in the German Aviation Collection Berlin on the ULAP grounds at Lehrter Bahnhof, a forerunner of the German Museum of Technology Berlin. It was damaged in a bombing raid in November 1943 during the Second World War and then largely destroyed by metal dealers and collectors immediately after the war. Today, only a few pieces of metal remain on display at the German Museum of Technology Berlin. The fate of the two Do X2 “Umberto Maddalena” and Do X3 “Alessandro Guidoni” delivered to Italy was unknown for a long time. The two aircraft were ordered in 1931 for the Italian Società Anonima Navigazione Aerea (SANA), where they were to be used in Mediterranean traffic along the Italian west coast from Genoa to Tripoli. However, this planned use was not realised. Instead of Curtiss engines, both aircraft received engines from Fiat with only about 440 kW (600 hp). After crossing the Alps, they were used by the Italian armed forces from the flying boat base in La Spezia-Cadimare for training flights of the Higher War College. They were tested for use as bombers, for which purpose they were fitted with a glazed tail stand. The military organised a number of Italian sightseeing flights to increase public acceptance of the relatively high and controversial expenditure on the two aircraft. The Do X2 was taken out of service after a third accident in 1935. Both aircraft (although the X3 never suffered any damage) were scrapped in 1937, probably because of technically and economically unjustifiable expenditure.

At its time the Dornier Do X was by far the largest aircraft in the world. Its use was discontinued by the new rulers in Germany in 1933 due to various remaining safety-related problems and because it was still insufficiently economical, but also because it was not militarily suitable. The planned successor, the Dornier Do 20, was not built due to the outbreak of the Second World War.