You are here: Home › engineering › The Holographic World of Dennis Gabor 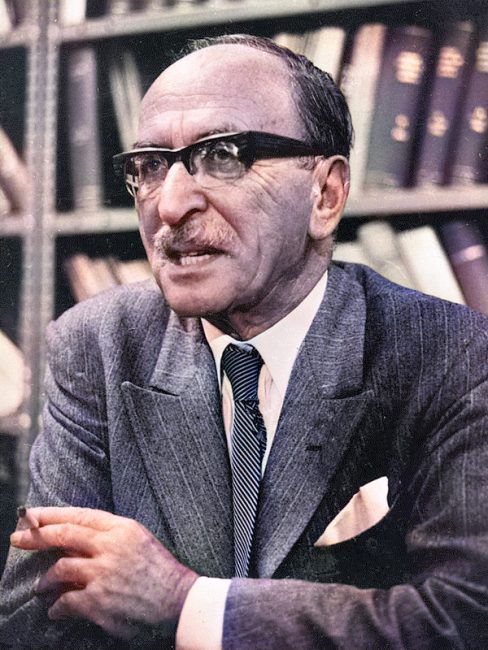 On June 5, 1900, Hungarian-British electrical engineer and physicist Dennis Gabor was born. He is probably best known for inventing holography, for which he later received the 1971 Nobel Prize in Physics. Holography is a system of lensless, three-dimensional photography that has many applications today. Gabor also did research on high-speed oscilloscopes, communication theory, physical optics, and television. Overall, he held more than 100 patents.

Dennis Gabor was born in Budapest, Hungary and his enthusiasm for physics evolved when he was 15. He studied calculus and became fascinated by Abbe‘s theory of the microscope and by Gabriel Lippmann‘s method of colour photography.[2] Gabor first attended the Technical University of Budapest and then the Technical University of Berlin, where he acquired his diploma in electrical engineering. His doctorate work was the development of one of the first high speed cathode ray oscillographs and in the course of this Gabor made the first iron-shrouded magnetic electron lens. His first successful inventions were accomplished at Siemens & Halske, which he joined in 1927. To his first inventions belongs for instance the high pressure quartz mercury lamp with superheated vapour and the molybdenum tape seal. 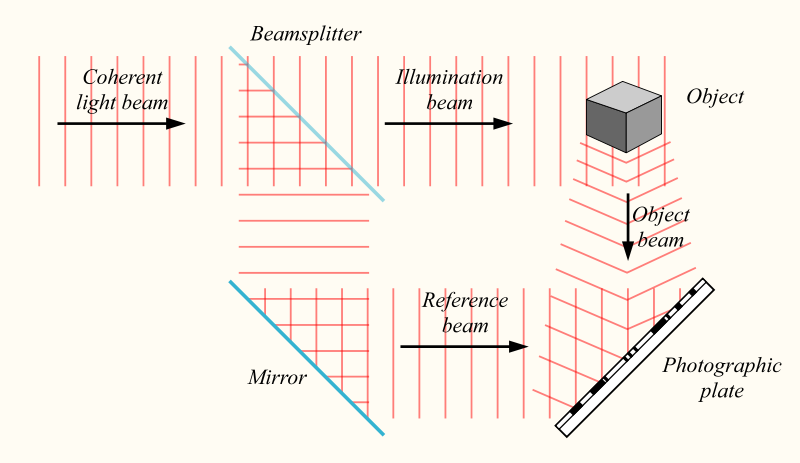 In 1933 Hitler came to power and Dennis Gabor left Germany, first to Hungary, later England. He obtained employment with the British Thomson-Houston Co., Rugby, where he stayed until the end of 1948. After World War II, Gabor wrote his first papers on communication theory and developed a system of stereoscopic cinematography. In 1948, Gabor carried out the basic experiments in holography, at that time called ‘wavefront reconstruction’. Gabor joined the Imperial College of Science & Technology in London in 1949, at first as a Reader in Electronics and later as Professor of Applied Electron Physics. There, Gabor and his PhD students worked for example on the elucidation of Langmuir’s Paradox, the inexplicably intense apparent electron interaction, in low pressure mercury arcs. The explanation was that the electrons exchanged energy not with one another, by collisions, but by interaction with an oscillating boundary layer at the wall of the discharge vessel. They made a Wilson cloud chamber in which the velocity of particles became measurable by impressing on them a high frequency, critical field, which produced time marks on the paths, at the points of maximum ionization. Further developments included a holographic microscope, a new electron-velocity spectroscope an analogue computer which was a universal, non-linear ‘learning’ predictor, recognizer and simulator of time series, a flat thin colour television tube, and a new type of thermionic converter.

“For the majority of people, work is the only distraction they can tolerate for long.”
– Dennis Gábor

After Gabor’s retirement, he kept close contact to the Imperial College as a Senior Research Fellow and he became Staff Scientist of CBS Laboratories, Stamford. By the late 1950s, Dennis Gabor became interested in the future of industrial civilization and came to the conclusion that a mismatch has developed between technology and our social institutions, and that inventive minds ought to consider social inventions as their first priority. He published three books on the topic between 1963 and 1972.

In 1971, Dennis Gabor was awarded the Nobel Prize in Physics “for his invention and development of the holographic method“. His achievements built on work in the field of X-ray microscopy by further scientists including Mieczysław Wolfke in 1920 and WL Bragg in 1939. Gabor’s discovery was an unexpected result of research into improving electron microscopes at the British Thomson-Houston Company in Rugby. The invented technique still comes into use in electron microscopy. The first practical use of the laser also enabled first practical optical holograms. Early holograms used silver halide photographic emulsions as the recording medium. However, they were not efficient enough, because the produced grating absorbed much of the incident light. Various methods of converting the variation in transmission to a variation in refractive index were developed which enabled much more efficient holograms to be produced. On this day, mass-produced low-cost semi-conductor or diode lasers can be used to make holograms and have made holography much more accessible to low-budget researchers, artists and dedicated hobbyists.

The International Society for Optical Engineering presents its Dennis Gabor Award annually, “in recognition of outstanding accomplishments in diffractive wavefront technologies, especially those which further the development of holography and metrology applications” and the Gabor Medal is awarded by the Royal Society of London for “acknowledged distinction of interdisciplinary work between the life sciences with other disciplines”. Dennis Gabor passed away on February 8, 1979, at age 78.