You are here: Home › music › Dayton Miller – An Advocat of Aether Theory 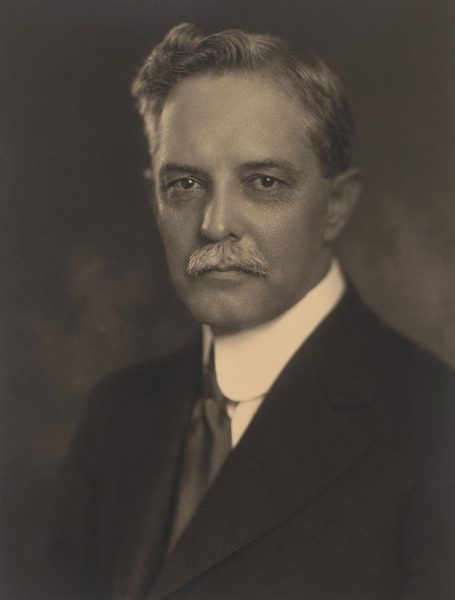 On March 13, 1866, American physicist, astronomer, acoustician Dayton Clarence Miller was born. An early experimenter of X-rays, Miller was an advocate of aether theory and absolute space and an opponent of Albert Einstein’s theory of relativity.[4]

Born in Ohio to Charles Webster Dewey and Vienna Pomeroy Miller, Dayton Miller attended Baldwin University and earned his doctorate in astronomy at Princeton University. At the Case School of Applied Science in Cleveland, Ohio, Dayton Miller taught physics and became head of the physics department from 1893 until his retirement in 1936. Following the discovery of X-rays by Wilhelm Röntgen in 1895,[5] Miller used cathode ray tubes built by William Crookes to make some of the first photographic images of concealed objects, including a bullet within a man’s limb.

The Aether Theory vs Relativity

Around 1900, Miller began collaborating with the scientist Edward Morley on the detection of aether drift.[12] Morley had already been famous for his earlier Michelson-Morley experiment that compared the speed of light in perpendicular directions, in an attempt to detect the relative motion of matter through the stationary luminiferous aether.[6] The result was negative, in that the expected difference between the speed of light in the direction of movement through the presumed aether, and the speed at right angles, was found not to exist. This was generally considered to be the first strong evidence against the then-prevalent aether theory, and initiated a line of research that eventually led to special relativity, which rules out a stationary aether. Dayton Miller and Morley published their null result in 1904, which were later cited in support of Albert Einstein’s theory of relativity. After the work was published, Miller further researched on the experimental techniques and developed the most sensitive interferometer at the time. He then found what appeared to be a small amount of drift.

The Existence of Aether Drift

Dayton Miller presented his results as a positive indication of the existence of an aether drift. However, based on an error analysis, Miller’s critics argued that he overestimated the precision of his results, and that his measurements were actually perfectly consistent with a fringe difference of zero, hence, the null result that every other experiment was recording. Even though Albert Einstein acknowledged that a positive result for the existence of aether would invalidate the theory of special relativity, the physicist remarked that altitudal influences and temperatures may have been responsible for error in Miller’s results. During the 1920s a number of experiments, both interferometry based, as in Miller’s experiment, and others using entirely different techniques, were conducted and these returned a null result as well.[13,15]

The physicist and historian Robert S. Shankland performed a re-analysis of Miller’s experiments in 1955 and found Miller’s results were actually statistical impossible. Shankland concluded that Miller’s observed signal was partly due to statistical fluctuations and partly due to local temperature conditions and, also, suggested that the results of Miller were due to a systematic error rather than an observed existence of aether.

Next to his work in aether theory, Dayton Miller was also interested in acoustics. He developed a machine to record sound waves photographically, called the phonodeik,[14] a predecessor of today’s oscilloscope. The device was able to convert sound waves into visual images and was used to analyze sound waves. Miller compared the waveforms produced by flutes crafted from different materials. Dayton Miller was also a passionate flutist and it is believed that his collection of flutes consisted of more than 1650 instruments and in depth literature on flutes. Today, the collection is stored at the Washington Library of Congress.